The Walt Disney Company is officially pandemic proof. Movie theaters have largely been closed over the last year, eliminating Disney’s blockbuster theatrical advantage. At the same time, the company’s largest annual revenue driver, Parks & Resorts, has been decimated by COVID-19. Yet despite the havoc wrought by the coronavirus, Disney’s share price has continually climbed since last April.

Akin to the plot of Marvel’s Thor: The Dark World, Disney’s stock performance defies all logic. The explosive growth of Disney+ should not be able to power an unprecedented surge. Then again, as we saw with the recent GameStop debacle, nothing about Wall Street makes much sense these days. So to develop a firmer grasp of Disney’s future ahead of Thursday’s highly anticipated earnings report, we turned to a panel of entertainment and financial industry experts for their thoughts.

Disney’s progression in the face of the revenue-draining pandemic is solely due to the outperformance of streaming service Disney+. Naturally, it occupied the majority of focus for our panel of experts as well as the entire entertainment industry. So if Disney+ is the main topic of conversation, which element is being overlooked?

“When looking at Disney’s offerings, the GroupWatch feature from Disney+ is probably one of the most overlooked features that could play a large role in determining their earnings,” Denier told Observer. “This lets subscribers watch anything on the streaming service simultaneously with seven of their friends or family in other locations. They can watch over the web, mobile, and smart TVs in real time. While similar to Netflix Party and Amazon’s Prime Video Watch Party, GroupWatch can be used across any device without the necessity of an extension or app.”

Disney is nothing if not clever. Introducing a branded version of a pre-existing innovation that originated elsewhere is commendable in the unmerciful free market. The January arrival of WandaVision coincides nicely with the GroupWatch function. But after accruing nearly 90 million subscribers by December, it’s fair to wonder when Disney’s gargantuan quarterly subscriber gains may normalize into more standard incremental growth.

The pandemic has created huge losses for Disney with Parks & Resorts looking at yet another $1 billion-plus potential write down this quarter. Studio revenue is also in the toilet with theatrical unable to pull its weight.

“However, if there is any improvement from the last quarter, investors should be satisfied,” Denier said. “The streaming business has been one of the company’s bright spots this past year as millions of consumers stuck at home have flocked to the service. Streaming is considered the future of the company, but currently it’s in investment mode and isn’t expected to be profitable for years.”

In December, Disney announced that Disney+ will reach its peak year of losses in fiscal 2021 before hitting profitability in 2024.

Amid the ongoing chaos in the media ecosystem, Disney established a new all-time high share price this week. According to Keller, they appear to be firing on all cylinders leading up to Thursday’s earnings release.

“Disney’s stock price reflects less of a theme park company struggling during a global pandemic and more of a streaming media company with a rapidly growing user base,” he told Observer.

Wall Street has long treated tech-based streaming stocks as long-term plays with immense upside as opposed to the more stringent leash it keeps linear media entertainment companies on (much to the chagrin of the latter). With more than 86 million Disney+ subscribers, the company has already outpaced its overall goal of reaching between 60 million and 90 million paying customers by 2024.

“Investors have certainly recognized the potential of Disney+, pushing the stock higher by 52% since the end of September while the S&P 500 was up around 18% over the same time period.”

With a handful of high-profile blockbuster Marvel series set to follow WandaVision on Disney+ this year and a deluge of new Star Wars series on the horizon, many believe Disney+ will maintain this frenetic level of momentum a bit longer. The long-term strategy is not necessarily for Disney+ to replace Disney’s assortment of declining cable channels, but to replace the revenue as best it can while delivering the company’s IP to households around the world. Disney+ is a souped up FedEx for TV shows and movies.

Given the continued cloud that is the pandemic, this may very well be another “boring” earnings report for Disney, according to Offenberg. He expects streaming numbers to grow nicely given that SVOD always surges in the winter with people stuck inside. However, he’s curious if the release of Wonder Woman 1984 on HBO Max dented Disney+’s growth (which is unlikely, he argues, with Max scoring about 9 million new activations). He’ll also be looking to see if Disney+’s growth begins to slow at all after mammoth gains throughout 2020.

One of the real questions facing Disney is how the company balances Disney+ and its direct-to-consumer business, its lone bright spot, and blockbuster theatrical business once exhibition eventually returns to normal.

“Disney needs that theatrical revenue and promotion to make all of their films profitable and attract the prestige that makes their titles subscription-worthy for the Disney+ customers (and toy buyers, etc.),” Offenberg told Observer. “So I don’t think it’s a matter of prioritizing one over the other in the long run. I think it’s about prioritizing both.”

This divide in delivery still orbits the central building block of Disney that powers the company’s entire bottom line.

“Ultimately, Disney’s business model is about creating and monetizing IP,” he said. “The creation is the tricky part. Anybody can make up a character or a story, but making them instantly recognizable and something that we want to be part of our daily life is really hard. Disney has hinted that they can create good IP through Disney+ via The Mandalorian, and they’ve clearly done it over the years with the Disney channel.”

To Offenberg, the most overlooked element of Disney’s financial future is the continued decline of basic cable sports network ESPN. Once the crown jewel of the Disney networks empire, ESPN has been bleeding subscribers and revenue for years, with 2020 bringing a 41-year ratings low. But we’ve reached a new point in prognosis in which the ailments are apparently not nearly as important as the strengths.

“I don’t think investors care about ESPN’s performance anymore or the parks, hotels and resorts all around the world,” Offenberg said. “The price of the stock is being driven by that one shiny number that is Disney+ subscribers.”

No one expected the losses Disney accumulated early in the pandemic to still be prevalent one year later, but here we are. The optimism connected to Disney+ conveniently glosses over the 32,000 planned layoffs Disney will shed by the end of March.

“The House of Mouse has been taking massive losses during the pandemic as its core travel businesses—theme parks, cruises and hotels—which thrive on shared group experiences, is suffering during lockdowns,” Anwar told Observer.

Yet as continues to be the case during this ordeal, Disney+ continues to be a buoy for the company. Longer-term, there seems to be confidence that the Magic Kingdom can recover quickly once a sense of normalcy returns.

“Shares of the entertainment giant have gained about 25% in the past one year, after falling about 40% in March. This strong rebound shows investors’ faith in the company’s business model and its ability to thrive again when the economy opens.”

CEO Bob Chapek may have walked into a disaster after the pandemic struck during his first month on the job following Bob Iger’s transition to executive chairman last year. But even with The Walt Disney Company hemorrhaging money for nearly 12 months, it continues to thrive. This underscores the idea that direct-to-consumer business has truly rewritten the very rules of the game. 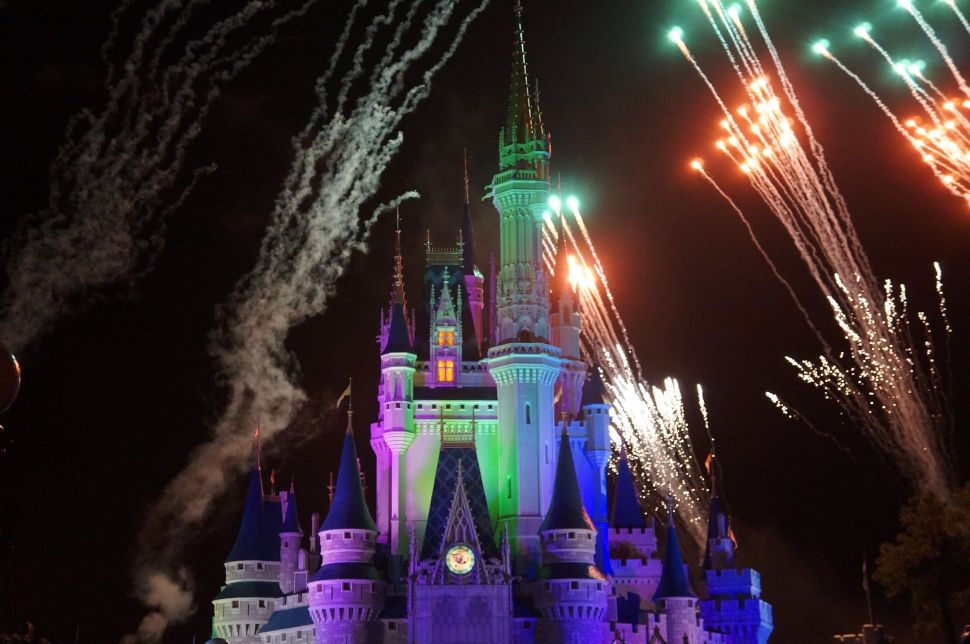