For more than 30 years, Ronald D. Moore has cultivated arguably the most impressive resume of any small screen creator still working today (apologies to David E. Kelley), at least in the eyes of science-fiction fans. The writer, producer, creator and showrunner cut his teeth on Star Trek: The Next Generation and Deep Space Nine before reviving Battlestar Galactica for Syfy, creating Outlander for Starz and For All Mankind on Apple TV+. After recently signing a lucrative overall deal with the Disney-owned 20th Television, Moore has his sights set on a dream project at some point in the distant future: Star Wars.

Looking back at his accomplished career, it quickly becomes clear that Moore, who was recently tapped to create Magic Kingdom shared universe, is the perfect choice to shepherd a new creation within a galaxy far, far away.

“Nothing fully formed but I’ve got a couple of notions in the back of my head — ideas and arenas that I think would be fun to poke around the corners of the Star Wars universe,” Moore told The Hollywood Reporter when asked if he has a pitch ready should the opportunity present itself.

Moore’s scripting and producing credits give him better footing than most to tell great Star Wars stories.

The creator famously came close to actualizing his dream nearly a decade ago when he worked with George Lucas on ABC’s planned live-action Star Wars series before the show was scrapped. But the yearning to play around in America’s most beloved franchise sandbox has not left Moore, though he’s aware that Lucasfilm is busy with a recently announced slate of nearly a dozen new Disney+ Star Wars series.

“It’s always something that’s on my mind but clearly, they have their Star Wars plate full at the moment,” he told THR. “I’m not sure this is the moment that you go in and pitch a new Star Wars series over there. I would love to do something in that franchise.”

The truth is that Moore’s scripting and producing credits give him better footing than most in Hollywood to tell great Star Wars stories.

As part of his run on The Next Generation‘s writing staff, Moore penned’s Season 6 two-parter “Chain of Command” in which Picard, Worf, and Dr. Crusher are reassigned from the Enterprise to a secret mission while acting Captain Edward Jellico alters the Enterprise’s operations to the dismay of its crew. The episodes capably balance a self-contained sense of urgent, purposeful action with the former, not unlike our heroes infiltrating the Death Star in A New Hope, with a more politically focused plot about leadership.

But “Chain of Command” is best remembered for the anguishing torture of Picard after his secret mission results in his capture. It was a noticeably dark turn for The Next Generation, but one supported by the philosophical questions it asked. At its center was the role that military power plays in our civilization, willful defiance in the face of certain death, and concessions of difficult self-realization. “Part II” confronts the reality that we are rarely the person we believe ourselves to be when faced with impossible circumstances and engaging with that truth is part of the human journey. The parallels to Star Wars are obvious.

“Chain of Command” shares a few Shakespearean strands of DNA with Moore’s later Deep Space Nine episode “Once More Unto the Breach,” a Season 7 entry which follows an aging Klingon yearning for glory and honor but hindered by his past and old grudges. Neither episode overly relies on Trek‘s technical jargon or whiz-bang galaxy-hopping. Instead, they serve almost as chamber pieces propped up by long discussions that reveal deep truths about our characters. They are emotional and sophisticated, heightened in a way some of the bloated broadcast filler episodes can only dream of reaching. Moore consistently brings a sense of gravitas to his work, and after the swashbuckling nature of Disney’s Star Wars sequel trilogy, a more serious-minded approach could do the franchise some good.

Moore’s understanding of drama comes from keeping his characters in a perpetual state of yearning—fundamentally distant from the objects of their desires. It’s a defining premise of Outlander, based on the novels by Diana Gabaldon, that its lead Claire is unmoored, emotionally and literally, by centuries of time. But one of the show’s most celebrated early episodes, Season 1’s “Both Sides Now,” written by Moore, underscores that not just by following her, but by finally revealing the distress her husband felt after her disappearance. It took eight episodes for Outlander to cut between timelines, but the wait allowed viewers time to grow invested in the past and to develop a story with thematic beats that complement the reveal. In the alternately war-ravaged and hopeful universe of Star Wars, this parallel storytelling is crucial as its massive universe, where powerful forces are constantly clashing, is driven by the fallout of the intimate relationships at the center of a story’s orbit.

Moore’s reimagining of Battlestar Galactica, another foray into science-fiction, understood that dynamic intimately. The best sci-fi often uses our greatest hopes and dreams of the future to reveal an existing truth that defines the present. Battlestar Galactica reflected our modern world and the political tensions that exist unresolved within it, understanding the multi-faceted nature of power, the many ways it changes hands, and what those transition says about us as a people. BSG‘s Season 3 premiere “Occupation,” written by Moore, was partly inspired by the Quartering Acts and the Iraq War and featured a suicide bombing that served as a direct parallel to contemporary terrorist attacks. The episode was nominated for an Emmy and a Writers Guild of America award.

Fans often forget that Lucas created Star Wars as a serial-inspired reimagining of the Vietnam War with the Empire representing the United States and the Rebellion standing in for the Viet Cong. Like Lucas, Moore understands when painful self-reflection isn’t just compelling, but necessary and isn’t afraid to reposition our presumed heroes as antagonists blinded by their ambitions and agendas. Given the dark-and-light duality that defines Star Wars and the shifting allegiances and viewpoints of its main characters, this sensibility can expand on existing tropes within the franchise. Morality is a matter of perspective in nuanced circumstances.

Even Moore’s newest project, Apple TV+’s For All Mankind, which imagines that America lost the space race to the Soviets, carries a wan sense of displacement. It’s a familiar disorientation we’ve seen before with Anakin Skywalker, Luke, and Rey that is best suited for the slow-burn character development of the small screen. With hundreds of thousands of years of canon Star Wars history still unexplored on screen, there’s room for such a calling whether it be connected to the origins of the Jedi, clashes with ancient Sith, or an entirely original conceit.

This is just a resume check of Moore’s hits, but it demonstrates his ability to wring drama out of simple conversations, structure a show around a central theme that resonates with audiences, and reinterpret the real world to provide a unifying message to audiences. Moore knows this. He is one with the Force, and the Force is with him. 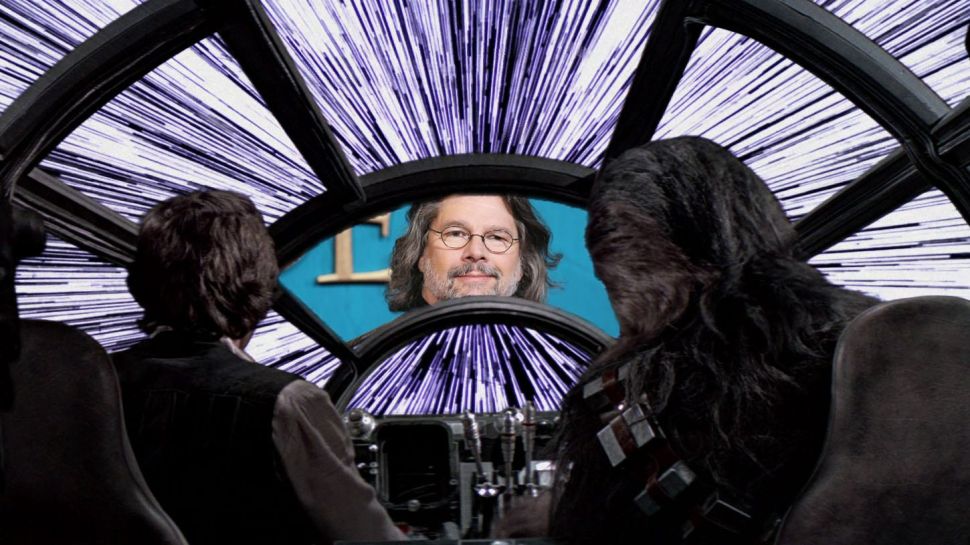