Acquiring art is already one kind of an investment; maintaining and preserving the art you’ve purchased, as any owner or collector knows, is even more of an investment. There are a multitude of ways to approach long-term art storage, whether you’re interested in displaying works privately in your home or more interested in accruing value over time, but for the contemporary art world’s true elite, there’s really one option: the freeport. In essence, freeports are tax-free zones, a plot of land that has been deemed exempt from whatever normal economic rules and regulations are enforced by the state. As long as you don’t take the work of art or object into the actual nation you’re located in, you don’t have to pay taxes. Once you crossover into a free port, past all the stern warnings and fiercely-worded signs, you’re essentially in another country; or, at the very least, outside the legal jurisdiction of whatever country your port might be “located” in. For collectors, freeports offer both state-of-the-art preservation and protection, as well as a shield from potentially prying eyes.

Though there are a variety of foreign-trade zones in the United States for shipping purposes, only a handful of freeports have been devoted specifically to art stateside, most prominently: the ARCIS Fine Art & Collection Care storage facility uptown in Harlem. A high-tech, climate-controlled facility with multiple viewing rooms in addition to thousands of square feet of storage, ARCIS was covered with much hub-bub upon opening in 2017, but quietly closed its thick, tightly-locked doors on October 31st of 2020. No exact reason has been given for the shutdown, though it’s quite possible the center was hit hard by the general pandemic-induced slowdown of the art market. In coverage of ARCIS, it was regularly described as a “fortress,” projecting both an image of strength and impenetrability, but almost subtly gesturing toward the days of feudalism—indicating this is a place for property-owning monarchs, not mere serfs. Freeports operate like a locked door in a video game: it takes a rare, valuable object to be able to gain access to them.

The image we have of free ports now — elusive, concrete, ultra-secure — might seem incredibly futuristic, but they owe their existence to a rather old piece of trade legislation. According to U.S. Customs and Border Protection, the establishment or “activation” of a Foreign-Trade Zone must be reviewed and ratified by a board established by the Foreign-Trade Zones Act of 1934. The roots of freeports as a concept date back even earlier, to the days of English and Dutch colonial traders—the medieval Hanseatic League, an organization of merchants and manufacturers in Northern Europe, operated tax-free trade sectors within member cities, and predecessors to the contemporary “special economic zone” also existed in British imperial outposts like Hong Kong and Singapore, though not used for the storage or sale of art like they often are today.

According to the CBP, the reason given for why one would want to create an FTZ or tax-free site is phrased euphemistically as “removing certain disincentives associated with manufacturing in the U.S.” It’s essentially the same concept as any port, like airports or shipyards, a point of entry for goods and individuals that technically exist outside the purview of the state, until customs officials step in and tariffs are paid. Though freeports are now most closely associated with the art market, the Customs and Border Protection website entry on Foreign-Trade Zones doesn’t mention art much at all. For the art world, free ports have become especially important where sales or dealmaking are involved — a pricier piece of art requires more complicated and expensive customs processing, and it creates a space for dealers and collectors alike to store and sell valuable works without having to get third parties involved. Freeports are also sometimes employed for the very practical matter of wanting to avoid publicity around high-profile deals. That means, for all intents and purposes, what is held inside free ports are largely secret, entirely up to the imagination of those outside their brutalist walls. We can assume there is a lot of fine artwork, as well as other precious artifacts and collectibles, and there are even freeports specifically devoted to wine and spirits — Le Freeport in Luxembourg holds a collection of classic cars, four rooms specifically devoted to gold bullion, and even massive garages to store armored vehicles. It’s that sense of intense security and secrecy that inevitably links freeports to the criminal underworld.

It was only a matter of time before someone thought to set a heist movie in a freeport; Christopher Nolan’s Tenet isn’t quite that, but it is an action blockbuster whose plot in part revolves around freeports, and it’s exposed a somewhat shadowy and upper echelon concept to a much wider audience. In Tenet, the freeport is somewhat blankly and unimaginatively just called “Freeport,” and is located next to an airport in Switzerland: a type of place that also has a liminal existence between and beside national borders, as well as a country synonymous with “neutrality” and the storage of unregulated wealth. The real Geneva freeport is the original freeport, and perhaps the prototype for all others built after. For the CIA-employed protagonists of Nolan’s film, freeports are a gateway to an elite, decadent world of unseen organized crime; in reality, the Geneva freeport has been linked to multiple scandals and shady dealings, and was particularly implicated by the Panama Papers leak. Luxembourg’s Le Freeport has also come under heavy fire from the EU, and has claimed to have cracked down on the potential storage of stolen paintings — but it’s been hit economically by anti-laundering legislation passed over the last several years.

In 2019, the European Parliament published an almost 50-page report on the risks associated with freeports, specifically laundering, tax evasion, and other white collar criminal activities. In conclusion, the study called for the abolition of freeports across the EU, due to their extreme lack of oversight and supervision: freeports can function as “a safe and widely disregarded storage space, where trade can be conducted untaxed and ownership can be concealed.” Unsurprisingly, the British government and Boris Johnson administration clapped back at the EU’s report, announcing the intended establishment of at least 10 freeports in a post-Brexit Britain. In his debut address to Parliament in 2019, Johnson even referenced the importance of freeports to his platform directly, “let us begin work now to create free ports that will drive growth and thousands of high-skilled jobs in left-behind areas.” Labour and certain economic activists are fiercely opposed to the measure, but it’s staunchly supported by conservative think-tanks and free market proponents. Liz Truss, the Secretary of the UK’s Department of International Trade, said the measure would develop homegrown industries and develop untold amounts of new jobs: “Freedoms transformed London’s Docklands in the 1980s, and freeports will do the same for towns and cities across the UK,” in a somewhat unsettling allusion to Margaret Thatcher’s fierce policies of austerity and neoliberalization in that decade.

Whether or not freeports are essential to the growth and liquidity of the art market, or whether they’re just another haven for the already wealthy, remains to be seen—especially in the United States now that one of the most prominent art-specific freeports has ceased operations . At the very least, it’s an indication of just how inseparable the art world is from the most secretive tears of elite finance, as well as its relation to broader policies of free trade and regulation that have a deeper impact on the lives of those who can never afford fine art. But even if we know how freeports operate, what’s exactly behind those walls, refrigerated doors, and retina scanners is still a guarded secret. 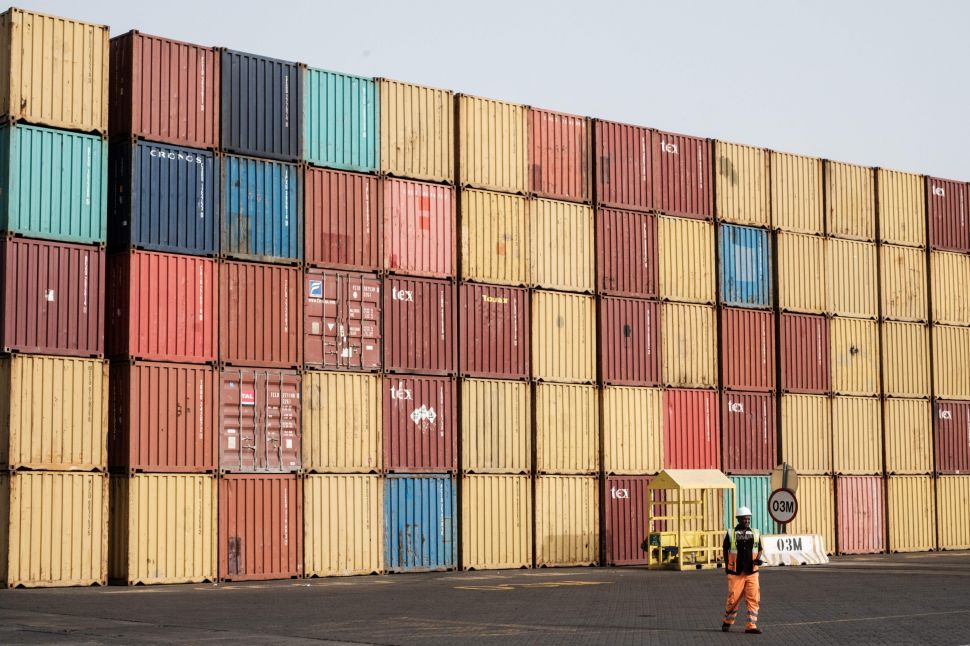