In an unprecedentedly strange and messy year for an entertainment industry that continues to face disruption, it’s only fitting that tonight’s Golden Globe Awards shared that same strange and messy spirit. As a result of the COVID-19 pandemic, the ceremony was largely done remotely through Zoom with hosts Tina Fey and Amy Poehler tag-teaming the night from New York City and Los Angeles, respectively. Hollywood awards ceremonies are already perilously smug and self-congratulatory. But tonight’s choppy show was somehow endearingly chaotic and far more preferable than the typical primped and preened celebrity sheen that would have felt extra insufferable after the real world drama of the last year.

With a remote ceremony, there were of course technical difficulties. Daniel Kaluuya claimed the night’s first Golden Globe, winning Best Supporting Actor in a Motion Picture for his role in Judas and the Black Messiah, yet his audio was down as he first launched into his acceptance speech. Tracy Morgan mispronounced Soul when the Pixar film was named the Best Animated Feature. Remote winners routinely asked when they should begin their speeches and the production was dotted by awkward transitions between acceptances and hit-or-miss bits. Even co-hosts Tina Fey and Amy Poehler, who did well in their bicoastal opening monologue, weren’t always synchronized. And, as has become customary for every awards show, the night dragged on far longer than necessary.

“These are the messy things we love about awards shows.”

“These are the messy things we love about awards shows,” Poehler joked at one point. In this case, she’s right. Devoid of the typical song-and-dance associated with the Globes, tonight’s show felt more authentic and earned than years past. It wasn’t immaculately scripted or perfectly orchestrated. It was odd and scratchy yet also charming. In that way, it not only reflected the true nature of this distorted year, but also the complex nature of the entertainment it awarded.

Netflix’s The Queen’s Gambit explores the fine line between genius and madness. Both ingredients were present in abundance tonight as the show took home the statue for Best Television Movie or Limited Series Drama. With the pandemic still raging, a touch of madness has become second nature for many of us. The Crown cleaned up across its acting categories as well as taking home the Best Television Series Drama award, further cementing its status as a definitive entry in the tail end of the Peak TV era. Andra Day upset the oddsmakers with a surprise Best Actress in a Motion Picture Drama win for The United States vs. Billie Holiday. Chloé Zhao earned the Best Director award for Nomadland (which also won Best Motion Picture Drama), becoming just the second woman to win the award in Golden Globes history, and further extending her lead in the Oscars race.

The most emotional moment of the ceremony was undoubtedly the late Chadwick Boseman being awarded the Best Actor in a Motion Picture Drama statue for his turn in Ma Rainey’s Black Bottom. His widow, Simone Ledward Boseman, accepted the award on his behalf, reminding us in a moving speech that ”we have to take all the moments to celebrate those we love.” It was a moment of true significance for a Hollywood awards show that was aware enough to realize that far more important things are going on in the world right now than film and TV shows. Boseman’s fiery monologues in Ma Rainey’s Black Bottom were electric examples of the actor’s scene-chewing ability. His Golden Globes award is a unifying win of true gravitas and a sad reminder of what the world is being deprived of moving forward.

Instead of turning the Golden Globes into an insufferable night of out-of-touch frivolity, the technical difficulties, flubbed pronunciations, and messy structure somehow humanized the event. Against the backdrop of this chaotic year in entertainment, it resulted in an unexpectedly pleasing ceremony improved by its very imperfection. 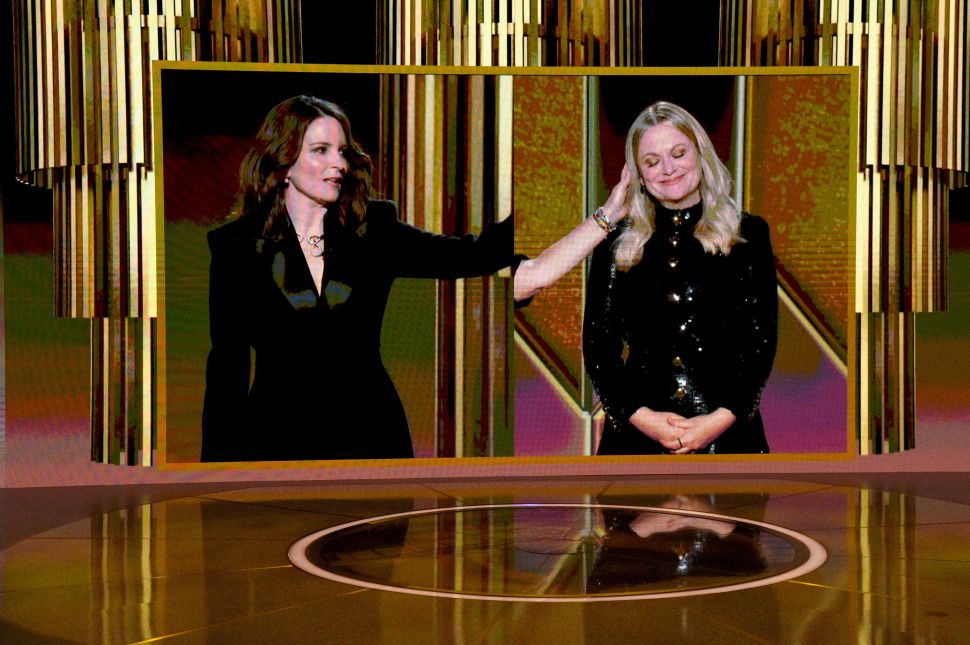