The Hollywood Foreign Press Association revealed the first set of nominees for the 78th Golden Globe Awards Wednesday, marking the official start of this year’s awards race. Movie buffs and casual enthusiasts alike can watch many of the season’s films from their La-Z-Boy recliners ahead of the February 28 awards show. Here’s a quick guide for where to watch 23 of this year’s biggest Golden Globe nominated films.

Available to stream on Hulu February 19, Nomadland tells the story of a woman’s journey through the American West after losing her job during the 2008 recession. Director Chloe Zhao and actress Frances McDormand secured nominations for best director and best actress, respectively. The film also picked up nominations in the best dramatic film and screenplay categories. Watch Nomadland on Hulu February 19.

The Father landed four Golden Globe nominations this year, including best dramatic film. About a father experiencing dementia and struggling to navigate his new reality, the film features Anthony Hopkins, Olivia Colman and Imogen Poots. Hopkins earned a nomination for best actor while Colman gained recognition for best supporting actress. Writers Florian Zeller and Christopher Hampton also picked up a best screenplay nomination. The Father has not been released on streaming platforms but will hit theaters February 26.

The film version of Hamilton boasts two Golden Globe nominations this year. Hamilton is nominated for best musical motion picture and Lin-Manuel Miranda was nominated in the best actor category for his performance. Watch Hamilton on Disney+.

In Palm Springs, two wedding guests find themselves stuck in a time loop, repeatedly falling in love over and over again. Starring Andy Samberg and Cristin Milioti, the film broke records for its $22 million sale at the Sundance Film Festival. Samberg’s performance is nominated for best comedic actor and the film is nominated for best comedic film. Watch Palm Springs on Hulu.

The Prom, starring James Corden and Meryl Streep, has two Golden Globe nominations this year in the categories for best musical/comedy film and best comedic actor (for Corden). The film follows two hapless Broadway stars as they support an Indiana teen girl’s effort to attend prom with her girlfriend. Watch The Prom on Netflix.

I Care a Lot

Anya Taylor-Joy, who stars as the eponymous Jane Austen heroine in Emma, is nominated in the best actress (comedy or musical) category. Watch Emma on HBO Max.

Sound of Metal, starring Riz Ahmed, reveals the struggles of a heavy metal drummer who begins to lose his sense of hearing. Ahmed’s performance won a nomination for best actor in a dramatic motion picture. Watch Sound of Metal on Amazon Prime.

Pieces of a Woman portrays the grief that follows a woman’s heartbreaking home birth. Vanessa Kirby won a nomination in the best actress for a dramatic motion picture category for her role in the film. Watch Pieces of a Woman on Netflix.

Bill Murray earned a supporting actor nomination for his performance in On the Rocks, about a mother (played by Rashida Jones) who reconnects with her playboy father in New York. Watch On the Rocks on Apple TV.

Supporting actress Glenn Close landed a Golden Globe nomination for her role in Hillbilly Elegy, about a Yale law student who returns to his rural hometown in an effort to assist his mother’s struggle with her drug addiction. Watch Hillbilly Elegy on Netflix.

News of the World

Over the Moon scored a Golden Globe nomination for best animated film. Starring Cathy Ang, Phillipa Soo and Ken Jeong, the film follows a girl who plans to meet a mythical moon goddess after building her own rocket ship. Watch Over the Moon on Netflix.

Wolfwalkers is nominated for best animated film. Steeped in Irish folklore, the film takes place during the English colonization of Ireland as a hunter is sent to kill wolves attacking a growing city. The film stars Honor Kneafsey, Eva Whittaker and Sean Bean. Watch Wolfwalkers on Apple TV+. 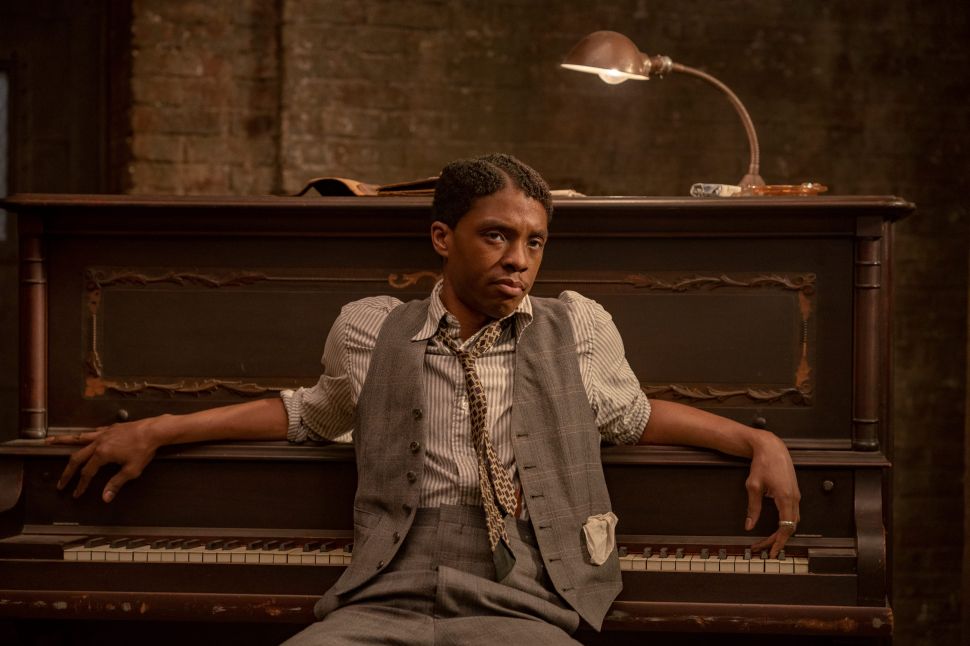