The viewing public tends to treat any awards ceremony that isn’t the Oscars as a little sibling broadcast. As a little brother myself, I take offense to that. Not only does the Hollywood Foreign Press Association honor excellence in both film and television across drama and comedy at the annual Golden Globes ceremony, it’s also the only awards show in which attendees are allowed to drink alcohol throughout. That automatically cements its place in the upper-echelon of self-congratulatory Hollywood events.

Sadly, due to the pandemic, there won’t be a traditional awards ceremony this year, but the show must go on. In advance of February 28’s virtual broadcast, the 2021 Golden Globe nominations were announced this morning. As is customary, we’re diving into all of the juicy subplots, snubs, and surprises this year’s crop of nominees elicit.

We refer to each category as a race, but too often they feel like foregone conclusions long before showtime. For example, last year’s winners—Joaquin Phoenix (Joker) and Renée Zellweger (Judy)—were anointed in the public eye long before they ever strolled on stage to accept their statuettes. It’s like Michael Jordan in the playoffs—automatic.

This year, however, brings real drama and intrigue. In a fractured year for cinema, these categories are as competitively stacked as they’ve been in years. Vanessa Kirby stuns in a breakout performance and we all know how much awards ceremonies love to honor up-and-coming young actresses. Chadwick Boseman powers through two deliriously impactful monologues in his last live-action performance. Anthony Hopkins and Frances McDormand were considered the early frontrunners months ago.

These races could go in any number of deserving directions. For once, we’re embroiled in a true blood mystery so start consulting your bookies.

In all likelihood, Netflix’s The Queen’s Gambit is going home the lucky lady of the night. The critically acclaimed drama became the rarest of small screen creatures: an original, organic hit that developed into a full-fledged phenomenon through word-of-mouth alone.

Yet Steve McQueen’s Small Axe—a series of short films—has generated plenty of conversation both for its content and unique composition. HBO’s The Undoing was one of the buzziest titles to air on television in 2020 and Hulu’s Normal People was flat out fantastic. They may not topple the favorite, but this deep crop is yet another example of the resurgence of the high-profile limited series.

In a year of pure chaos wrought by COVID-19, Netflix dominated both the television and film fields. The market-leading streaming network, which recently surpassed 200 million global subscribers, collected a total of 42 Golden Globe nominations. David Fincher’s Mank and Aaron Sorkin’s The Trial of the Chicago 7 lead the cinematic pack while The Crown and Ozark rank among the most-nominated TV series.

Outside of Schitt’s Creek, which originally aired on Canada’s Pop TV but reached global popularity thanks to Netflix, every single Comedy series nomination came from a streaming service. Other than HBO’s Lovecraft Country, each Drama series nomination also originated on a streaming platform. The five film nominees for Best Drama could easily wind up with ticket sales of zero. Nearly every film in contention has been released online or is still awaiting release due to theatrical closures forced by the pandemic over the last 11 months.

The entertainment industry was already trending toward a model that revolves around direct-to-consumer business. COVID-19 has merely expedited the transition.

It may not have charted on many Top 10 lists or dominated Film Twitter, but Radha Blank going home empty handed after writing, directing and starring in The Forty Year Old Version is a true shame. The story of a down-on-her-luck playwright who reinvents herself as a rapper at age 40 was one of the most compelling films of the year. Blank is a fiercely unique voice and her film will leave you wanting to hear more of it.

Joining Blank as a surprising snub is Delroy Lindo, who was not nominated for his tour de force performance in Spike Lee’s Da 5 Bloods. Upon release last summer, I thought Lindo should be the Best Supporting Actor frontrunner in every major awards ceremony. Sadly, that has not turned out to be the case despite his versatile turn.

Rounding out the snubs is Michaela Coel, who headlined I May Destroy You for BBC One and HBO. Coel anchors the the drama on screen in addition to serving as creator, writer, co-director and executive producer. What more do you want, Golden Globes?

For the first time in the 78 years of Golden Globes competition, three women have been nominated for Best Director of a Motion Picture.

Both King and Fennell are nominated for their feature directorial debuts, making the accomplishment all the more impressive. This is also the first Golden Globe nomination for Zhao, who will next direct Marvel’s Eternals, along with Nomadland‘s Best Picture nod.

Who would have ever thought that a greater number of opportunities provided to a more diverse slate of filmmakers would result in an abundance of quality?

Despite streaming’s dominance this year, the top drama films largely originate from linear film studios. Even The Trial of the Chicago 7 was under Paramount Pictures before the pandemic convinced them to sell to Netflix. The same largely holds true for Comedy.

The Borat sequel was originally intended as a wide Universal release before being rerouted to Amazon. The same applies to Hamilton, which became a Disney+ sensation only after the Mouse House was forced to scrap a planned theatrical release. Neon and Hulu didn’t spend upwards of $20 million on Palm Springs out of Sundance last year for a streaming-only release. That was forced by COVID.

Overall, the major theme of this year’s awards season is innovation and adaptation, flexibility and experimentation. We might as well get used to it. 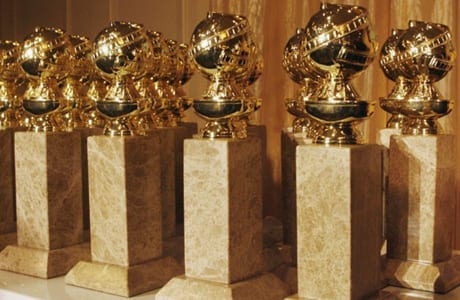