Marvel and DC competed for the hearts, minds and wallets of comic book fans long before Hollywood was consumed by capes and cowls. Over the last 20 years, this battle has leapt from the comic pages to the big screen as blockbuster superhero films have become the lifeblood of franchises. Now, the conflict has once again found a new battleground on streaming platforms. WandaVision is just the first entry in what will be a sprawling small-screen empire for Marvel on Disney+. Similarly, HBO Max has become the vanguard for DC’s future small screen expansion.

Both studios have previously rocked the small screen over ABC, The CW, Freeform, Netflix, Hulu and DC Universe. But Disney+ and HBO Max are the multi-billion bets for the future of their respective parent companies. We already know what to expect from Marvel on the former in the future, but how about the latter? Here’s a look at the upcoming original DC programming that HBO Max will exclusively house.

Despite conflicting reports and confusion in the months leading up to Zack Snyder’s Justice League finally arriving on HBO Max, it never much mattered if the new version would be a four-hour movie or a weekly miniseries. In the end, WarnerMedia felt comfortable spending $70 million-plus to complete Snyder’s original vision and build out Max’s library with a conversation-generating superhero blockbuster. Love it or hate it, they succeeded in getting us all talking about it, and that’s something.

WarnerMedia launched corporate building block HBO Max last year and suddenly realized it needed to consolidate its many streaming endeavors. Thus, DC Universe’s original scripted content was moved exclusively to HBO Max. This includes the third season of the completely gonzo but highly enjoyable Doom Patrol, which is expected to arrive on the platform at some point in 2021. Until then, the first two seasons—which revolved around an extremely dysfunctional but compelling superhero team—are currently available to stream. Watch on HBO Max.

The first DC Universe original to premiere was the more adult CW-esque take on Titans, which ages up our lovable animated teenagers a bit and gives them the Christopher Nolan dark-n-gritty makeover. Robin, Starfire, Raven, and Beastboy comprise the main team, but additional heroes from throughout the DC Comics roster joined them in subsequent episodes. The third season is expected to debut in late 2021. Watch on HBO Max.

As we’ve previously explored in great detail, Harley Quinn is the single-best show or movie DC has cooked up in the DCEU era. It’s endlessly irreverent yet somehow adept at building well-earned organic emotional relationships. It’s a runaway train of delightful callbacks, references, and homages to DC history for hardcore fans to enjoy, yet hardly relies on insider knowledge to entertain and compel. Season 3, which isn’t expected until late 2021, cannot come soon enough for hungry fans. Watch it on HBO Max.

Harley Quinn holds a special place in our hearts and Young Justice isn’t far behind. The animated series has proven to be unexpectedly ambitious, reinventing itself each season with time jumps that shake up the roster of core characters and main plots at play. The series is more cleverly plotted than you’d expect from your average kids-oriented fare, giving older audiences something to latch onto. Overall, it’s a treat for anyone who enjoys the intersection between DC’s primary heroes and their many apprentices and eventual successors. Season 4 will premiere on HBO Max on August 24. Watch it on HBO Max.

WarnerMedia is going full Disney with its goals of franchising its major brands and using high-profile IP to prop up its small screen endeavors. That extends to Matt Reeves’ The Batman starring Robert Pattinson, which will be receiving the prequel spinoff treatment. The series will take place one year before The Batman during the first 12 months of the Caped Crusader’s career in Gotham City. It will revolve around the corrupt police department’s response to a crazed masked vigilante beating up criminals left and right. Joe Barton (Giri/Haji) has replaced Terence Winter (Boardwalk Empire) as showrunner. The series is not expected to premiere until sometime after The Batman‘s release in early 2022. 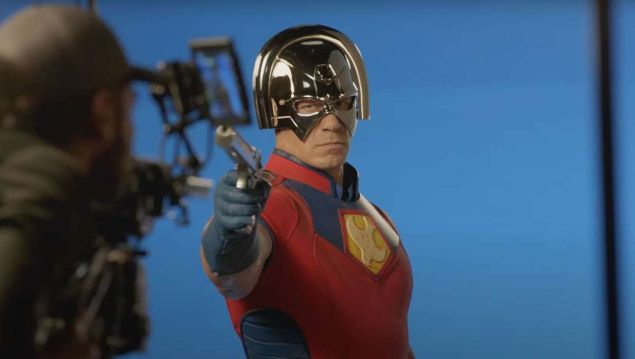 Speaking of superhero spinoffs, James Gunn’s The Suicide Squad will co-star John Cena as Peacemaker, the master of weapons, before the character receives his own series. Gunn, he of Guardians of the Galaxy fame, was quite the busy bee in quarantine, working on both The Suicide Squad and penning all eight episodes of this planned spinoff. The filmmaker is also set to direct several episodes as well. He described the series as “an opportunity to delve into current world issues through the lens of this superhero/supervillain/and world’s biggest douchebag.” Consider us sold. Peacemaker will premiere on HBO Max Jan. 2022. 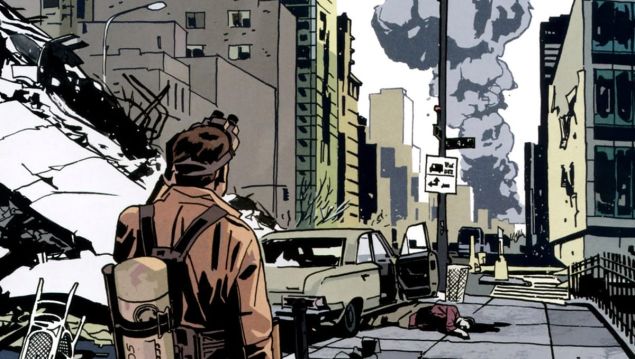 One of our most anticipated HBO Max originals is DMZ, based on the critically acclaimed graphic novel of the same name that takes place in a futuristic America where a new Civil War erupts and forces Manhattan to become a demilitarized zone. Ava DuVernay (When They See Us) directs the pilot and a cast that includes Rosario Dawson and Benjamin Bratt. The four-part limited series will begin production this year. 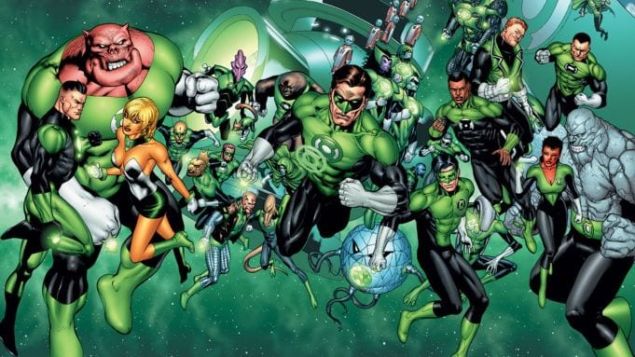 Despite the fact that HBO Max’s Green Lantern TV series will reportedly begin production in April, we still know next to nothing about it. In October, Max doled out a 10-episode, straight-to-series order with Seth Grahame-Smith (The LEGO Batman Movie) serving as showrunner and co-writing with Marc Guggenheim (Legends of Tomorrow). Greg Berlanti, the architect responsible for The CW’s Arrowverse, is executive producing.

The show’s main roster of characters will include human lanterns Alan Scott, Guy Gardner, Simon Baz and Jessica Cruz, as well as alien Lanterns Sinestro and Kilowog. But as for casting and plot details, your guess is as good as ours at this point.

Once J.J. Abrams officially signed his megadeal with WarnerMedia, we immediately began speculating which properties he and his Bad Robot division could start spearheading. Last April, it was revealed that Bad Robot would begin by creating three series for HBO Max, including Justice League Dark. While there’s been little in the way of concrete updates since, TV Line editor in chief Matt Webb Mitovich reported last month that the show is still in development. Perhaps the long silence has something to do with another recent report… 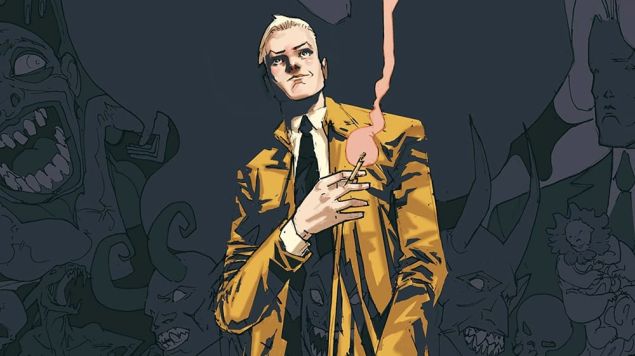 Earlier this week, The Illuminerdi reported that Abrams’ Bad Robot Productions is developing a new, darker reinvention of the Constantine property with the hopes of casting a BIPOC actor in their late 20s. Guy Bolton is set to write. The character has previously been featured in an NBC series, The CW’s Arrowverse, and Keanu Reeves’ 2005 film as well as countless appearances in animated fare. The character is often associated with Justice League Dark, which could make for a nice pairing on HBO Max. No release date has been set. 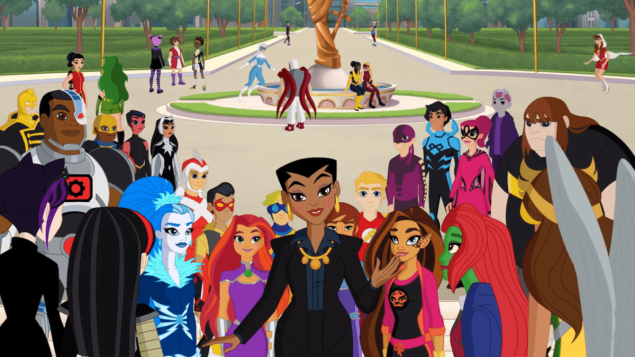 So as not to get too bogged down in the grim, dark, and more horror-centric DC properties, DC Superhero High will be a half-hour live-action comedy. As you can probably guess from the title, the series will see younger versions of iconic DC heroes all navigating the emotional complexities of high school together. Pimples, puberty and public school. Always a classic trio. Elizabeth Banks is executive producing. No release date has been set. 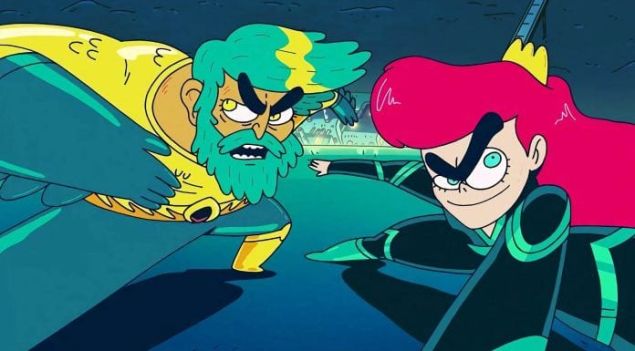 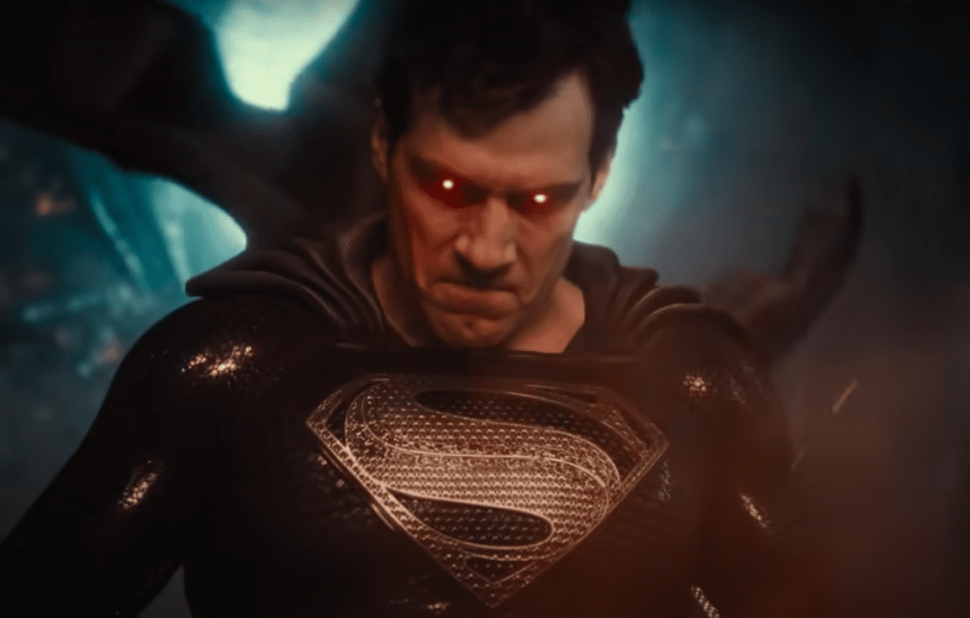