When looking at good old fashioned TV ratings as well as critical acclaim and awards success, it’s indisputable that Succession and Barry are two of HBO’s most successful shows. The latter is the premium cable network’s most-watched and highest-rated current show as well as a consistent force at the Emmys and Golden Globes. The former claimed the prestigious Best Drama statue at both awards shows last year. Yet each series were disrupted by the coronavirus pandemic to a significant degree.

Both Succession and Barry were in pre-production on their third seasons when COVID forced the entertainment industry into global production shutdowns. The ongoing struggle has made it difficult to resume which has left HBO without its two heavy hitters while fans are desperate for their returns. Fortunately, both appear on track to get back on our screens in the near-ish future.

“But that would mean we don’t get hit with any Covid delays. A lot of that will depend on how the vaccine rolls out, how much a factor Covid is. It’s still very much a real thing in production at the moment, hopefully it gets easier to deal with. It’s hard to predict right now,” he told the outlet.

Jesse Armstrong’s black comedy about the powerful media tycoon Roy family that is definitely not based on the Murdochs will have plenty of material for Season 3. The economic meltdown brought on by the pandemic is unfortunately ripe with subplots to cherry pick as is the fact that billionaires actually increased their wealth amid the COVID crisis. Armstrong’s sharp writer’s room should have a field day lampooning the 1% in this context.

Barry, co-created by Bill Hader and Alec Berg, has also recently begun shooting its third season, per Deadline. The duo and their writers were extra productive in the pandemic, completing the scripts for Season 3 as well as writing all of Season 4 despite the fact that it had not yet been greenlit by the network. Hader revealed that the next two seasons are fully sketched out on a recent appearance on NBC’s Late Night with Seth Meyers.

“Typically, we don’t pick up things until they air but if I was betting on whether we would do more, I think that is a very safe bet,” Bloys told Deadline.

HBO still enjoyed a strong 2020 without the aid of Barry, Succession or a full season of Zendaya’s Euphoria thanks to hits such as The Outsider, Perry Mason, Lovecraft Country and The Undoing. But there’s no doubt the premium cable network is in a better position with both series back on the air. 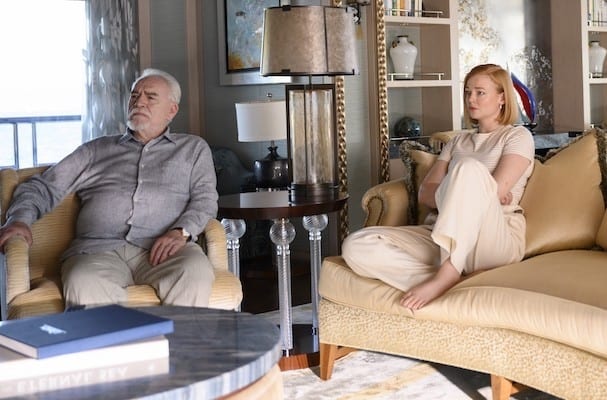