Celebrated for his visually arresting photographs, Irving Penn’s images are akin to moments frozen in time—many of his images seem so real it’s as if you could reach out and feel, smell, or taste them.

Inspired by the gestural practices of painting and sculpture, Penn’s approach to photography in the 20th century was wholly distinct: using mostly natural lighting, he emphasized the tonal qualities of simple scenes and objects. By highlighting curves and crevices—thanks to natural lighting and the manipulation of the image’s perspective—which might have been lost otherwise, the photographer’s high contrast images captured the full essence of subjects such as flowers, lips, and insects.

Currently a new exhibition, Irving Penn: Photographism, at Pace Gallery in New York until February 20th, is showcasing the breadth of the legendary photographer’s work, which has paved the way for today’s contemporary photographers, such as Suzanne Saroff and Harley Weir, to experiment and continue pushing the boundaries of the medium.

Regarding the power of Penn’s photography, Kim Jones, Senior Director at Pace Gallery, told Observer that, “Even at a glance, the viewer is immediately struck by its clarity. His images routinely stop you in your tracks.” From still life and portraiture to editorial fashion photography, Penn’s work has been recognized for radically modernizing various photographic genres. “His unique stylistic approach, or photographism, consisted in a formal distillation that drew from the fine arts, such as drawing, painting, and sculpture, and the more commercial graphic arts, such as typography and graphic design,” Jones says.

Whether it was a fashion model, a still life, or a portrait, Penn created his own vision for doing things and was considered “relentless” in achieving what he wanted to express in a photograph. According to Pace, he rarely spoke about his work, preferring to let it speak for itself and never took shortcuts. “If a camera or an instrument that would help him realize his vision did not exist, he would figure out how to make it.”

When it came to curating this exhibition, Jones and Michaela Mohrmann, Pace’s Associate Curatorial Director, were guided by sketches Penn made in the 1990s while reflecting on his career; the sketches are arranged in rows of three or four, resembling a photographic contact sheet. Sketching was quintessential to his practice as it allowed him to intentionally strip away the surplus when approaching a sitting.

Though he never explained what Photographism exactly meant, Jones believes these sketches of his well-known images clearly place his photography at the intersection of various mediums including graphic design and fine arts, drawing, painting, sculpture, dance, architecture, and photography as well as movements like Surrealism.

Born in 1917 in Plainfield, New Jersey, Penn went onto study design from 1934 to 1938 with photographer and designer Alexey Brodovitch at the Philadelphia Museum School of Industrial Art. Around that same time, he was drawn to the medium of painting and spent significant time painting in Mexico and across the American South.

Reference wise, Penn was drawn to Giorgio Morandi’s painted still lifes, Edvard Munch’s psychological paintings, El Lissitzky’s propaganda designs and abstract works, and Nadar’s portrait photography. Their works directly impacted his photographic approach as he sought to connect the dots between different mediums. Of his work, Penn once stated, “What I yearn for as a photographer is someone who will connect the work of photographers to that of sculptors and painters of the past.”

Later, under art editor and artist Alexander Liberman, Penn began working for Vogue Magazine starting in 1943. Jones believes his simple and direct approach broke with the tradition of magazine photography at that time; Liberman said of Penn in the early 1940’s: “. . . here was a mind, and an eye that knew what it wanted to see.” By the 1960’s Penn became obsessed with platinum printing, experimenting and pushing that medium for over 30 years.

Penn’s photographs took fashion photography to the next level, transforming it from basic, straight-on shots to complex images of simple subjects that were worthy of artistic recognition. He wound up spending 92 years at Vogue, and lensed 165 covers, which is more than any other photographer.

According to Christie’s, Anna Wintour once said Penn “changed the way people saw the world and our perception of what is beautiful.” Shooting for Vogue until his last year of life, the photographer passed away in 2009. Even still, Penn’s work continues to serve as a permanent reminder to stop and notice the beauty all around you, even in the most unlikely places. Given the isolation and hopelessness felt across the globe due to the COVID-19 pandemic, the work in this exhibition is more timely and necessary than ever. 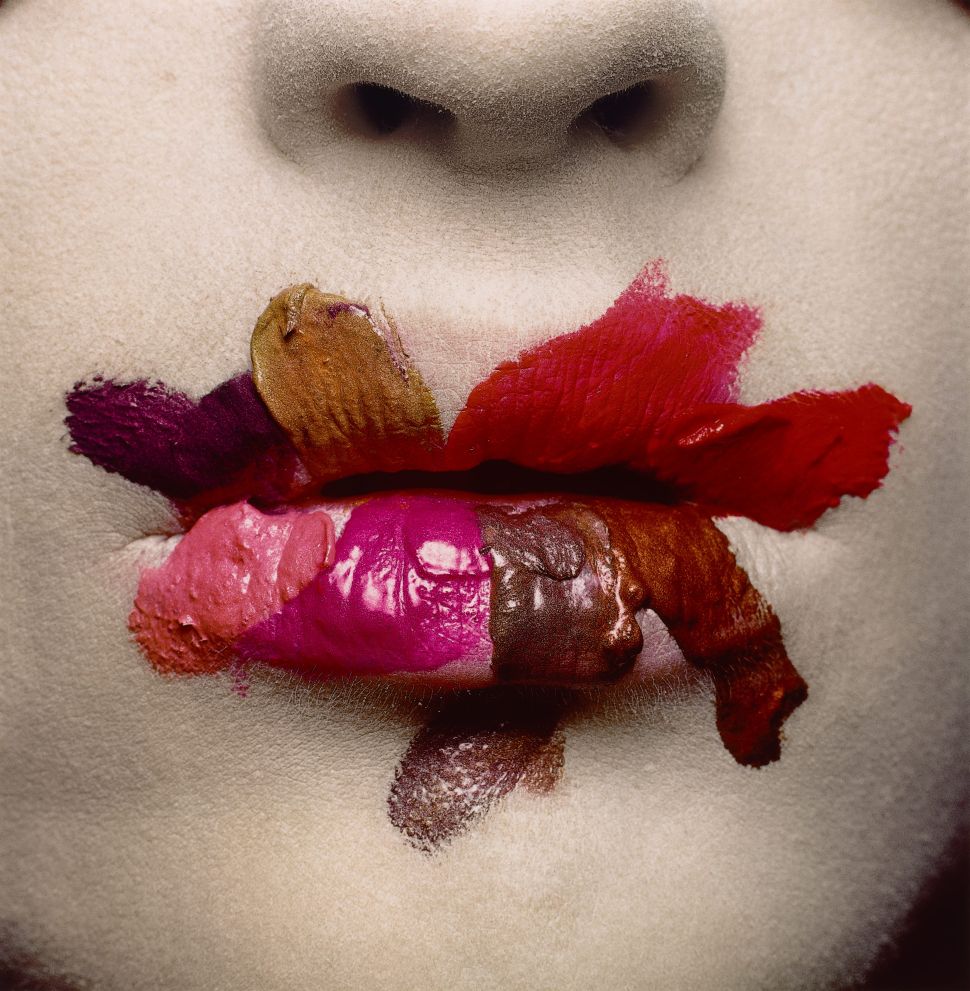