At the end of January, amidst the Senate’s glacially paced confirmation hearings for President Joe Biden’s proposed Cabinet, Senator Tom Cotton of Arkansas questioned Congresswoman Marcia Fudge, the Housing and Urban Development Secretary nominee, about the difference between equality and equity.

I thought of this exchange while watching director Shaka King’s remarkable new film Judas and the Black Messiah, a major player in the 2020 awards picture despite the fact that I know no one who saw it before its February 1 debut at Sundance.

In the film, Roy Mitchell, a by-the-book FBI man played by Jesse Plemons, makes a similarly spurious claim in his pitch to Bill O’Neal, a career criminal he’d like to turn informant. In preaching hatred and promoting military type tactics, Mitchell says, the Black Panther Party that the FBI wants to infiltrate—an armed political organization built around Anti-fascism, Black nationalism and community empowerment—was no different than the Klu Klux Klan.

It is not clear, and perhaps doesn’t matter, whether O’Neal, who responds to the argument with a shrug and a “Yup,” actually buys what Mitchell is selling. Played by Sorry to Bother You’s LaKeith Stanfield in performance in which his character’s internal fears and doubts are manifested not so much psychologically but with precisely calibrated physical actions, O’Neal remains something of a cipher wrapped around an exploding volcano.

Mitchell on the other hand, does believe it, at least for a while. Once facts emerge halfway through the film showing him not only that the statement was untrue, but that the organization acting most like terrorists is the FBI under the leadership of J. Edger Hoover (Martin Sheen, in prosthetics that cause him to resemble a half-melted candle), it does not impact his actions in the slightest.

Then as now: why let the truth stand in the way of useful rhetoric?

The strength of Judas and the Black Messiah is that it moves well beyond rhetoric, or even historic reconstruction for that matter. Letting his talented cast lead the way, King has made a film centered on roiled emotions and relationships that are at once fractured and loving.

There is a heart-wrenching scene in the second half of the film in which Daniel Kaluuya’s Fred Hampton, chairman of the Illinois Black Panther Party, returns from jail expecting to find the Party’s headquarters gutted by a fire set by the Chicago Police weeks earlier. When he discovers the offices impeccably restored and learns that O’Neal, promoted to serve as the chapter’s head of security, spearheaded community efforts to rebuild, his eyes fill with pure love. The righteousness of Hampton’s emotions crashes down around the traitorous O’Neal with the clamorous devastation of crumbling stone masonry.

Which brings us to Kaluuya. Whereas Stanfield’s performance is physical, the Get Out star’s is musical.

Part of it is the remarkable dialect he creates to evoke Hampton—imperfect perhaps, but as lyrical and soulful as Mile Davis’s trumpet. (Most impressive: when Kaluuya’s Hampton imitates Malcolm X in an effort to woo Dominique Fishback’s Deborah Johnson, Hampton’s girlfriend and the future mother of his son.) There is also a melodiousness in the way Kaluuya responds to his fellow actors and attenuates his emotions as the situation becomes more and more desperate.

While his film is filled with action and soaring oratory, Shaka King, whose previous directing credit outside of episodic television was the 2013 indie stoner comedy Newlyweeds, never makes the obvious mistake of saddling the film with ostentatious set pieces.

Instead, King does some of his best work in assembling his thrilling cast, in the clever way he and co-writer Will Berson structure their script (including using O’Neal’s interview for the documentary Eyes on the Prize II as narrative device), and in his deftly effective placement of the jazz and soul-inspired score created by Mark Isham and Craig Harris. (Despite not making the Academy’s shortlist, it was the most impressive piece of music written for a 2020 movie, if Judas and Black Messiah is indeed a 2020 movie.)

The story the film tells is a profoundly tragic one; it is made all the more so by the fact that we are still sifting through the rubble from the FBI’s calamitous actions in the summer of 1969.

But in showing how Hampton was able to unify disparate parties across Chicago—poor Appalachian and Puerto Rican migrants and disenfranchised Black people—the film also is deeply hopeful. We saw glimpses of the potential might of such a coalition in Bernie Sanders’ 2016 presidential campaign. To see it in seedling form inside meticulously recreated Chicago meetinghouses over 50 years ago is to be reminded of its necessity.

“Where there are people, there is power,” Kaluuya’s Hampton says many times in the film, every repetition holding a subtlety different meaning. His words are still ringing in my ears.

Judas and the Black Messiah will be released in theaters and on HBO Max February 12. 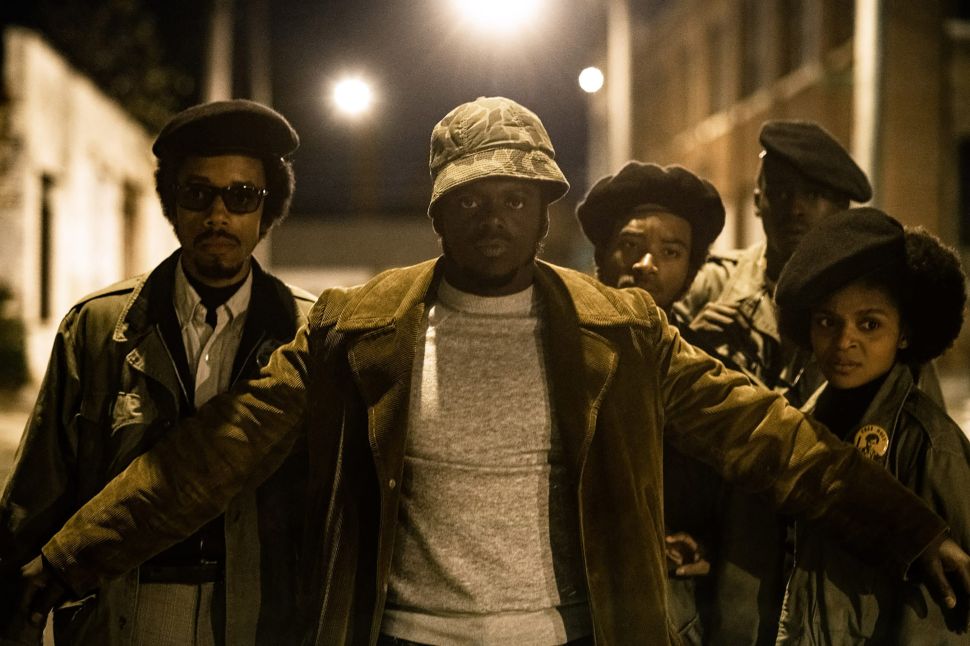