It didn’t take long for Vice President Kamala Harris to offload her longtime San Francisco condo. After just over a week on the market, the 1,069-square-foot apartment is already in contract.

Harris listed the one-bedroom, 1.5-bathroom loft-style abode, located in the SoMa neighborhood, for $799,000 earlier this month. Mere days later, she accepted an offer on the home, as first reported by the Wall Street Journal.

Harris purchased the penthouse perch, which is situated on the top floor of a boutique building, for $489,000 back in 2004, the same year she began to serve as the California city’s district attorney.

The main level of the duplex is composed of an open living and dining area, with double-height ceilings and a fireplace. The kitchen is equipped with stainless steel appliances and custom cabinetry, as well as a gas stove. An alcove nook is currently in use as a petite home office, and there’s also a small private balcony.

A staircase leads upstairs to the bedroom, which is located on the second floor of the apartment, with a full bathroom and a walk-in closet.

The modern home features custom touches throughout, including floor-to-ceiling drapery and charming wallpaper on the main floor, per the listing held by Sotheby’s International Realty broker Anne Herrera.

Vice President Harris is now living in D.C. full-time, of course, though she hasn’t moved into the official VP residence at Number One Observatory Circle just yet. Instead, she and Second Gentleman Doug Emhoff are currently living at Blair House, while the Vice Presidential residence undergoes renovations. 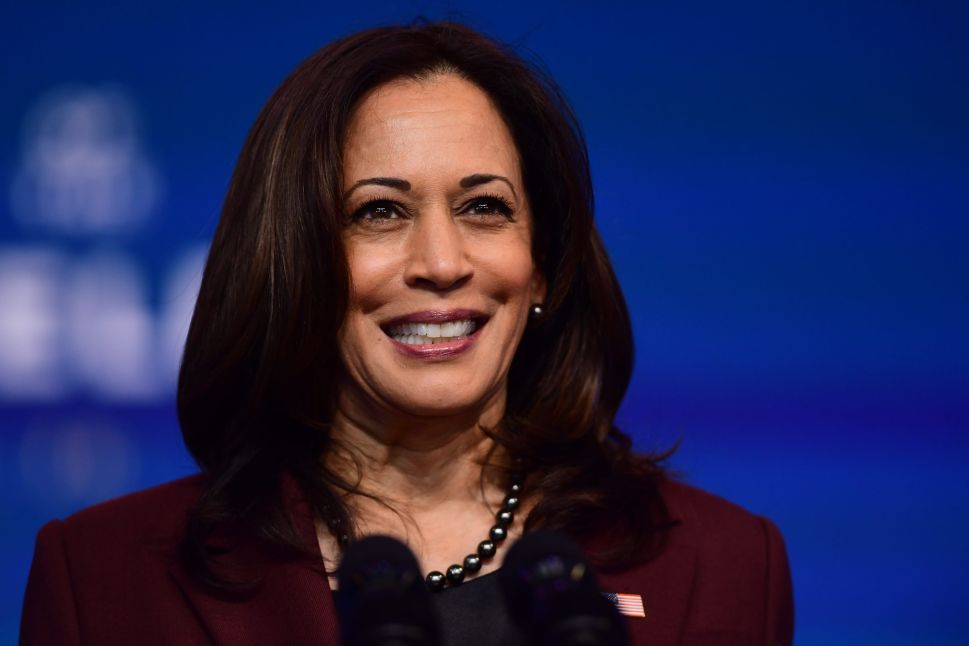