It’s no secret that the Kardashian clan and their tight-knit group of intimates are all huge fans of contemporary art: Kylie Jenner is a documented admirer of Jeff Koons, Kendall Jenner’s collection includes work by Barbara Kruger, Richard Prince, Raymond Pettibon and Tracey Emin, and Kim Kardashian favors the hyper-minimalist Axel Vervoordt aesthetic. It makes sense, then, that Kim Kardashian’s offspring are being introduced to the endless merits of art early in life. On Monday, the mother of four posted a picture on her Instagram story of a beautifully rendered painting of a snowy mountain, trees and a calm river. Kardashian also attributed the painting to her 7-year-old daughter, captioning the image, “My little artist North.”

As you might imagine, the idea that a painting this sophisticated could have been created by a 7-year-old child instantly sent social media into a tailspin.

“I’m supposed to work but I can’t stop thinking about how North West did not paint this,” reads a tweet that’s now been liked 209,000 times. Given what people know about Kim Kardashian, it’s easy to jump to the conclusion that she would make up a white lie about her daughter’s art skills in her never-ending quest for aspirational perfection. However, respondents to the aforementioned tweet also drew attention to a TikTok made by a teenager named Camryn Frederickson, who claims in her video that her mother, an art teacher named Celeste Astor Frederickson, taught North West how to paint the work Kardashian posted.

In her TikTok, Frederickson shares a photo she says is of herself at the age of 7, standing in front of a painting that looks very similar to North’s work. “My mom taught me how to paint this, and she taught North how to paint the same one just two weeks ago,” Frederickson says. “She’s been an art teacher for 30 years, and everyone that comes through her classes goes through this exact same painting when they’re starting out.”

While it’s unclear whether Frederickson’s claim is legit, it certainly tracks that Kardashian would make sure her daughter had only the best professional instruction. And who knows? Maybe North will grow up to be a famous artist, just like her father. 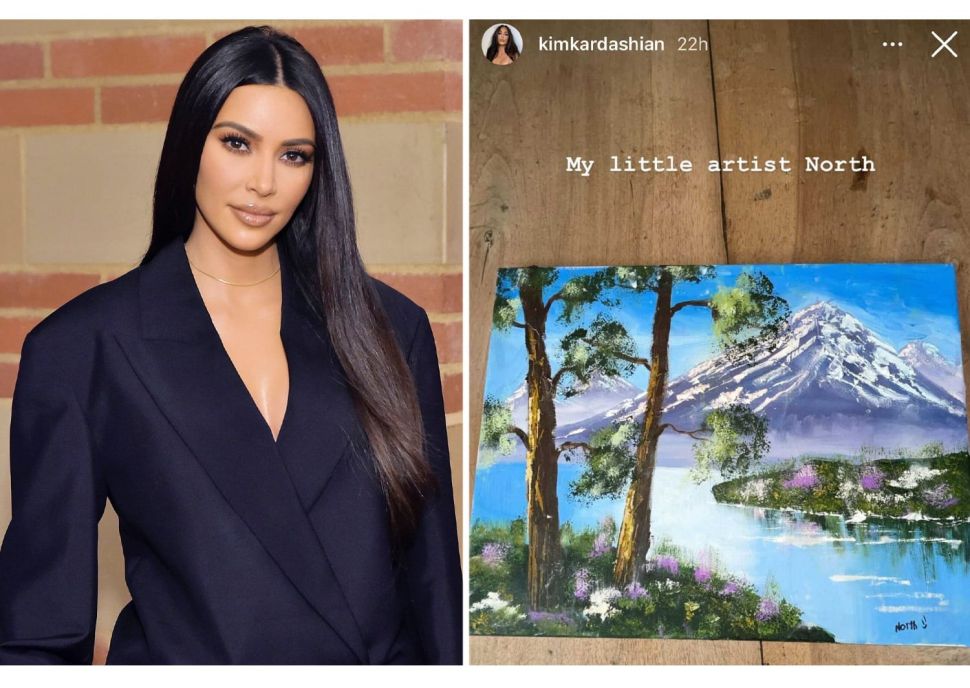