When we think of queer photographers Robert Mapplethorpe, David Wojnarowicz or Andy Warhol come to mind. But rarely do we think of women. Men have traditionally been given museum solo shows.

But one woman who changed the course of art history is Laura Aguilar. The artist’s 30-year retrospective recently opened at the Leslie-Lohman Museum of Art in New York City, which is showcasing the works of the California photographer until May 9th. Entitled Laura Aguilar: Show and Tell, the exhibition features over 70 photos from the 1980s to the late 2000s (the artist passed away in Long Beach in 2018), detailing how she was a precursor to body inclusivity.

The exhibit is guest curated by art historian and curator Sybil Venegas, who taught Aguilar at East Los Angeles College in Monterey Park, California. She says this exhibition is long overdue.

“Laura was ahead of her time, particularly on the intersectionality of race, gender and sexuality,” said Venegas.

“When she came out as a lesbian, her work focused on sexual identity, but not many in the Chicanx/Latinx artists were exploring those themes at the time,” she told Observer. “Much of the queer art at that time was made by men.”

On view are black and white portraits of men and women from the west coast queer scenes of the 1990s, alongside color digital photos taken in the desert, depicting nudes among trees and lakes.

There are her collages from the 1980s, which include Polaroid photos of herself and friends, cut-out phrases from retro fashion magazines and shots of women in intimate scenes. Aguilar’s most iconic photo is a triptych she made in 1990 called “Three Eagles Flying,” featuring the artist tied up between an American and Mexican flag. Some say it personifies the nerve hit by the Chicanx community, who have an inner battle between their Mexican heritage and their American passports. Aguilar was caught between them, too.

There’s one photo featuring a 12 panel self-portrait called “12 Lauras” from 1993 showing the artist topless, flirting with the camera in some moments, or furrowing her brow in others, as if she was looking into a mirror itself.

In one photo from 1993, the artist takes a staged selfie while wearing a t-shirt that says: “Art Can’t Hurt You,” and with a smirk on her face, the handwritten caption below reads: “She knew better.”

Aguilar was born in 1959 in San Gabriel, California. She was born into a first generation, working class Mexican American family and became a self-taught photographer. Her brother taught her how to develop photos in a dark room and she found solace in the medium as someone with dyslexia.

When Aguilar started taking more photos in the 1970s, it was a time of the male gaze. Gay photographers from the era included Andy Warhol, Hal Fischer, Lee Friedlander, Sunil Gupta and Vincent Cianni.

Aguilar offered the queer female gaze. She was a working-class Chicanx woman who put herself and minority communities in the spotlight, taking fat-positive portraits of herself and others. Today, her work is far more appreciated than in the 1990s, when Aguilar was photographing herself nude. Discrimination and fat shaming were common realities for the photographer.

“Overlooking queer women photographers would be like excluding queer people, artists and women, in general,” Venegas told Observer. “I think Laura felt a need to explore and present themes that no one else was doing. It was really quite visionary of where visual culture would go.”

Even though she died at the age of 58 in 2018, it wasn’t until her first retrospective in 2017 at the Vincent Price Art Museum in Monterey Park, California, that the art world began to take note.

One reason could be for her unique approach to text-based photo works. Aguilar often paired up handwritten text with photos, just like Duane Michals, a photographer she admired. This text-photo combination was used together for her series called “Latina Lesbians” from 1987 to 1990, where she asked each woman to write down words that best described them to go along with the photo.

In one photo, a woman stars at the camera, while underneath her is the phrase: “You think I look hostile? Maybe it has to do with a passion for and an impatience with a vision.” With the female gaze, Aguilar has allowed women to stand up to the viewer, not as an object, but as an individual to be seen and heard.

Her self-portraits are relatable. One shows the artist sitting naked in a chair on a hot summer day, it’s called “Laura Aguilar, In Sandy’s Room,” from 1989. She photographed herself nude in nature, by lakes, in forests, on tree trunks through the 1990s for her “Nature Self-Portraits,” which embrace the female body, under natural light and shadows, in all its imperfections.

Though she wasn’t accepted by the mainstream art world until much later in her lifetime, that didn’t stop Aguilar from showing her difficulty in front of the camera lens. In her series “Will Work for Axcess,” from 1993, the artist stands before an art gallery holding up a cardboard placard that reads: “Artist will work for axcess.” It reveals the artist’s frustration of breaking into the art world as a queer Chicanx woman, which was difficult, decade after decade.

Her longtime studio manager Christopher Anthony Velasco told Observer that Aguilar was a badass. She never followed any trends and spoke her voice loudly and clearly through photography. “She was always a rebel, she always said: ‘I just want to do my own thing,’” recalls Velasco.

It was indeed radical for Aguilar to show herself in nude photography in the 1990s, a time of fat phobia. It wasn’t at all a time for inclusive body positivity.

“Being a queer woman put her in a different realm, most institutions and historians preferred the male point of view in photography, the male gaze,” said Velasco, who knew Aguliar since 2003 and started working in her studio in 2013 until her passing in 2018.

“The movement of body positivity and anti-body shaming, Laura was doing stuff back when her own community was shaming her because they had their own conservative point of views,” Velasco explains. “They had their art history education from a traditional, male point of view.”

It was a pre-Instagram era when Aguilar started shooting herself nude, without any filters or Photoshop, a far cry from today. “It took her awhile to build up thick skin to pose nude,” according to Velasco. “But she felt most comfortable when being free.”

He recalls the advice she gave him. “Laura always said ‘be true to yourself, never be something that you’re not, and stop being who you think you should be,” he recalls. “She’d say: ‘You have a voice, use it.’ She was straight up.” 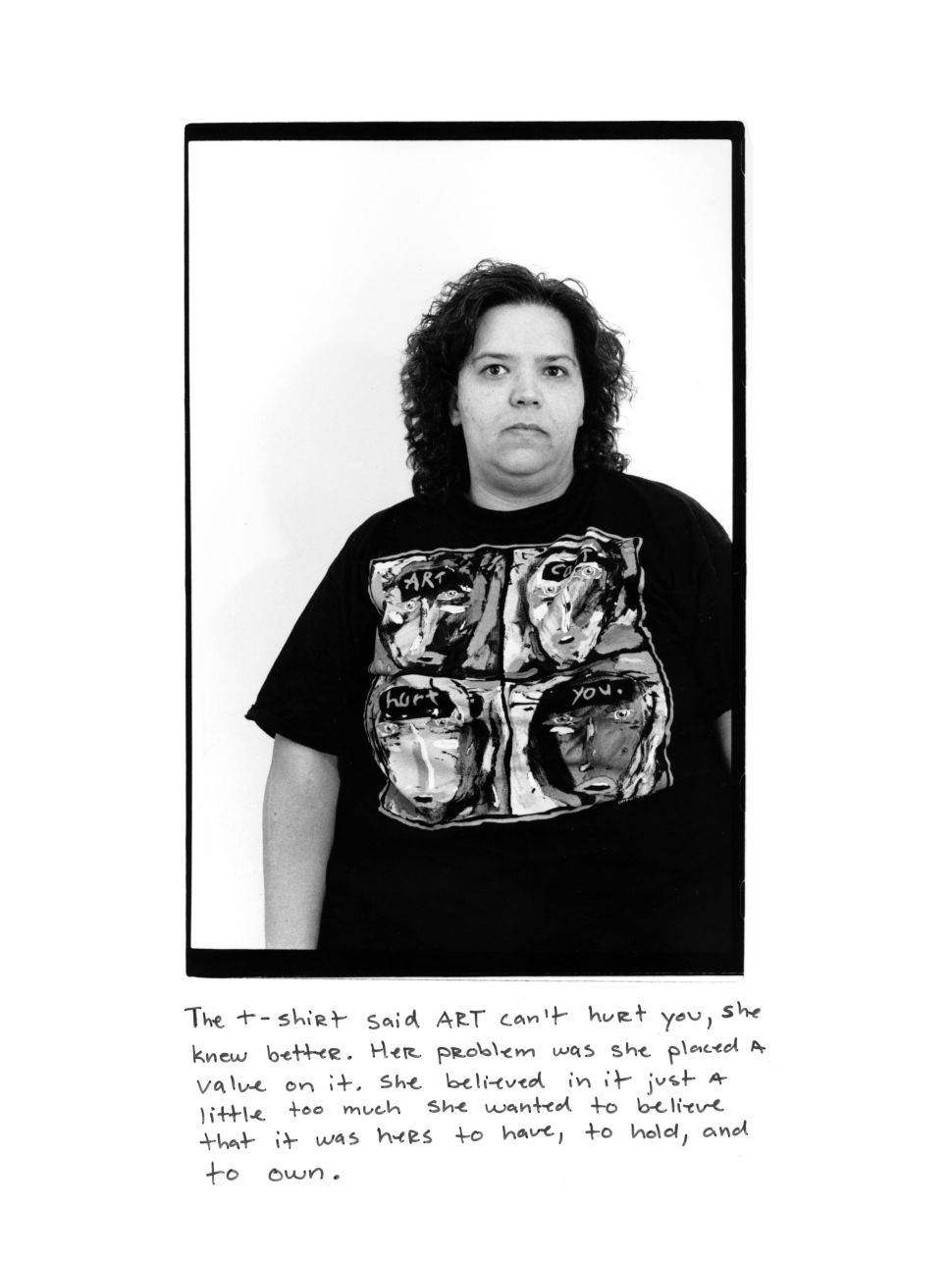