For her first feature film, Mayday, writer-director Karen Cinorre used an amalgamation of her personal obsessions—most notably the Greek myth of the siren—to create a fantastical, feminist world.

After a short circuit at her workplace mysteriously transports her to a dreamlike and dangerous world, Ana meets a group of female soldiers, who are caught in a never-ending war with their male counterparts. Under the tutelage of Marsha (Goth), the group’s intimidating leader, Ana trains as a sharpshooter and discovers a newfound freedom in the island’s uninhibited sisterhood, but she ultimately realizes that she must return home before it is too late.

It’s always good to ask yourself in any situation or movie, “What if the women were men and the men were women?”

After the world premiere of Mayday, Cinorre spoke with Observer about the influence of Greek mythology on her life and work, the experience of shooting along the rugged Croatian coastline for almost six weeks, and the process of finishing this project during the COVID-19 pandemic.

Observer: How would you say Greek mythology shaped your worldview and ultimately your directorial view for this film?

Karen Cinorre: When I was growing up, the first literature that really ignited my passion for reading was Greek myths and tragedies because I had never seen women characters like that. I had never seen or read about women who were that powerful, unapologetic, relentless, mysterious, had crazy things happen to them, and were carried off in a chariot to the sky. It was like I finally found this world that I didn’t know existed.

I think that probably shaped a lot of how I feel about women in cinema and how they could be portrayed. I think it also shaped my storytelling in that it comes from a mythological angle. It’s not quite deliberate, but mythology has sort of a mystery about it as well as being very potent. I feel like cinema has the power to be both mysterious and potent in that way and bring forth incredible female characters.

Speaking of incredible female characters, you assembled a really talented group of actors to play the leading ladies. How did you go about casting those roles?

It was easy. We got hundreds of people, but the ones that had the strongest reaction to the character that I wanted them to play were the ones I chose. People had very strong reactions to the film and these particular women understood it. Just [through] reading the script, they took it in and metabolized it in a way that was incredible. I just thought, “Oh, well, it’s their story then and they should be the ones to tell it.” It was a beautiful experience meeting those women.

When you think about the action scenes in war films, you often think about male soldiers, but there have been fewer depictions of women in combat. Why do you think it is so important to not only tell these rich female stories but to also have them infiltrate a world that has historically been reserved for men?

I think it’s always good to ask yourself in any situation or movie, “What if the women were men and the men were women?” and realize how stuck we are. We are so stuck and our imaginations are frozen. I always like to reverse things in a number of different ways.

One of my favorite lines in the movie is: “Girls deserve better.” I just think women should be having as much fun in the movies as the men are. (Laughs.) I want them to be brilliant, ride motorcycles, blow things up and shoot guns—not because I have any love of guns, but guns are quite a symbol in the film of what power is [and who has that power].

And I will say that I didn’t take warfare lightly. I do think women sacrifice quite a lot for people in a very heroic way. I want [Mayday] to challenge the idea of sacrifice and heroism and sort of look at it from a new perspective.

The music, the visuals and the sounds of wildlife all play an invaluable role in helping to maintain the fantasy of this imaginary world. How did you collaborate with both composer Colin Stetson and Caroline Shaw, who created the theme song, to bring the musical composition to life?

We had to do it remotely due to COVID—Colin was up in Montreal, Caroline was in Massachusetts—and they would come into Evercast, which is the program that we use to edit remotely. You basically see the movie and you see little squares of everyone who is on Evercast with you. I was always on there with my editor, but we would add people and they would come in and we would discuss. We’d send music back-and-forth by email. We did something called spotting, where you watch the film together without the score or with your temp score, and you tell them what you want the music to achieve at each part of the film. They come back with incredible magic and send it to you, and you shape it into the film.

Croatia was a place where they would allow me to blow things up, so I was so taken with it. (Laughs.)

The cinematography in Mayday is absolutely divine, but what was it about Croatia that made it the ideal place to film this movie? How many weeks did you spend over there?

Croatia was a place where they would allow me to blow things up, so I was so taken with it. (Laughs.) I also loved the crews there. Just such warm, professional, beautiful people in a beautiful place and [it’s] not hard to fall in love. I still have many friends from this production. I think we shot [it in] 38 days. I don’t remember how long I was there before, but it was a rushed timeline. It’s a small film in some ways and we had to compress a lot of things. We were swinging very hard. Prep was quicker than I would have liked, but we just dove in wholeheartedly.

Your husband, Sam Levy, is also the director of photography for this amazing film. What was it like to collaborate with him on a feature film and how did you work together to create the look of the film?

We brought the film together from the ground up. I wrote it and he was the first producer. We do that a lot. But for the longer one, it wasn’t very different from the shorts. We would spend many long nights at the kitchen table, shot-listing, and then we would bring in anything from Laurie Anderson’s work to our favorite dance company and go through the script and think about: “Is there anything that could inspire us in some ways? Is there a photograph, a color, a type of color that we’re seeing?” We wanted to create a new visual language for these very powerful characters, so our inspirations were very far and wide. Then, we got to Croatia and we were overjoyed because we had [costume designer] Ola [Staszko] and [production designer] Ivan Veljača who just soaked in the vision and put forth sets and costumes that were unbelievable.

Since the word “mayday” is specifically used in audio communications, you chose to use the echoes of different female voices throughout the film, including some of your personal heroes. Which voices did you use and why did you use them?

Well, Laurie Anderson is the queen of the sirens for me. She is the reason that I started making films and being an artist and writer. Her work is extraordinary and sounds like my brain. When I first encountered it, I knew that there was some sort of place for how I experience the world.

Daphne Oram is a music pioneer. Her voice appears in the film, and she was a genius who worked at the BBC Radio Lab. There were actually very many incredible music pioneers in electronic music, and I think it was because they were able to isolate and do their own things. Daphne Oram created extraordinary music and sound, and she made her own machine to make music with. You could draw on it and it would create a sound—just wildly experimental and powerful—just like the sirens.

The list goes on and on. They were global. We had women that spoke many different languages and we had different kinds of military speak. We also used these magical number signals for radio stations and they sort of permeate the earth with these mysterious calls and voices. We just had to bring it all in.

How different was the application process for Sundance this year and what was your reaction when you found out that Mayday had been selected?

I was so thrilled when we were selected. (Laughs.) I was so honored and happy. I was sort of in shock because you never know… It’s always a risk to make [an independent] movie.

It was a challenge in itself to get it there because it’s not a normal year. Usually, you could even take the phone with you on the plane and bring it there. (Laughs.) But we had to get it to them early and they had to get everything formatted correctly and figured out. There was so much technology that they had to use for the first time.

We were able to do most of our post-production remotely. We were able to do certain elements in person with very strict protocols. We were able to do our DI, which is our coloring of the movie, but we could only have a certain amount of people in the room. We were on the phone in separate rooms and we were all trying to make it so we could see it on the screen at the same time. It was quite funny, strange and hilarious. We had a good laugh over the techniques we used to be together.

What is the biggest thing that you hope viewers are able to take away from this film?

I hope they feel transported and hopeful. I feel like I’d really love it if people understood that it’s okay to use your voice, and that’s the most hopeful message that I can think of.

Mayday premiered on January 31 at the 2021 Sundance Film Festival. 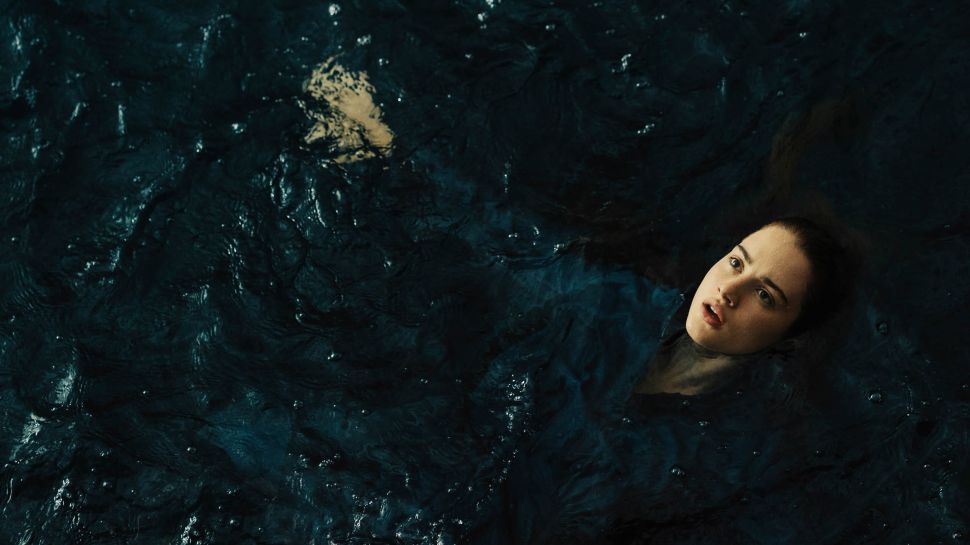