Last week, Prince Harry and Meghan Markle told Queen Elizabeth that they will not be returning to their former roles as senior working royals. The Queen released a statement shortly thereafter, in which she said that the Sussexes will “remain much loved members of the family,” and also that Prince Harry and Meghan would be immediately stripped of their royal patronage, as well as the Duke of Sussex’s honorary military titles.

The royal patronages reverted back to Queen Elizabeth, and the Queen will now decide how to distribute them to other members of the royal family, who will take over the Sussexes’ roles. Even though Prince Harry and Meghan just recently informed the monarch of their decision not to return to The Firm, it turns out that the Queen had already been planning for who would take over the patronages.

Queen Elizabeth decided “long ago” who would replace the Sussexes, according to the Mirror. A royal source told the outlet, “When the writing was on the wall and it was clear the Duke and Duchess had no intention of coming back into the fold and being part of the team, the Queen made her mind up long ago over her preferred candidates for the roles they vacated.”

The Queen could make a few adjustments, but thus far, she’s reportedly decided that her daughter, Princess Anne, will take over Prince Harry’s role as Captain General of the Royal Marines; the Princess Royal will be the first woman to fill the position. According to the Mirror, Prince William is the likely candidate to take over his brother’s former patronages of the England Rugby Union and Rugby Football League.

The sports organizations were reportedly “blindsided” by the news that the Duke of Sussex was being forced to give up the patronage, and were “very keen to keep Prince Harry, he’s been fantastic,” per the Telegraph. Now that that’s not an option, the League does want Prince William to take over. The Duke of Cambridge is also expected to take over Prince Harry’s role as Honorary Air Commandant of RAF Honington.

Prince Edward or his wife, Sophie, Countess of Wessex, may replace Meghan as National Theatre Patron; the Countess of Wessex could also potentially take over the Duchess of Sussex’s role as Patron of the Association of Commonwealth Universities.

Other positions that will need to filled including Prince Harry’s role as Commodore-in-Chief Small Ships and Diving, as well as the Duke and Duchess of Sussex’s roles as president and vice president of The Queen’s Commonwealth Trust.

Even though Prince Harry and Meghan had to give up a number of their Royal patronages, they were able to stay on as patrons of other organizations, including Prince Harry’s work with the Invictus Games and WellChild, and Meghan’s role with Mayhew and Smart Works. The Duke and Duchess of Sussex, who are now living in Montecito, California with their son, Archie, and are expecting their second child, have already shown that, as they said last week, “service is universal,” and have continued to support important causes, organizations and charitable efforts in their new non-royal roles. 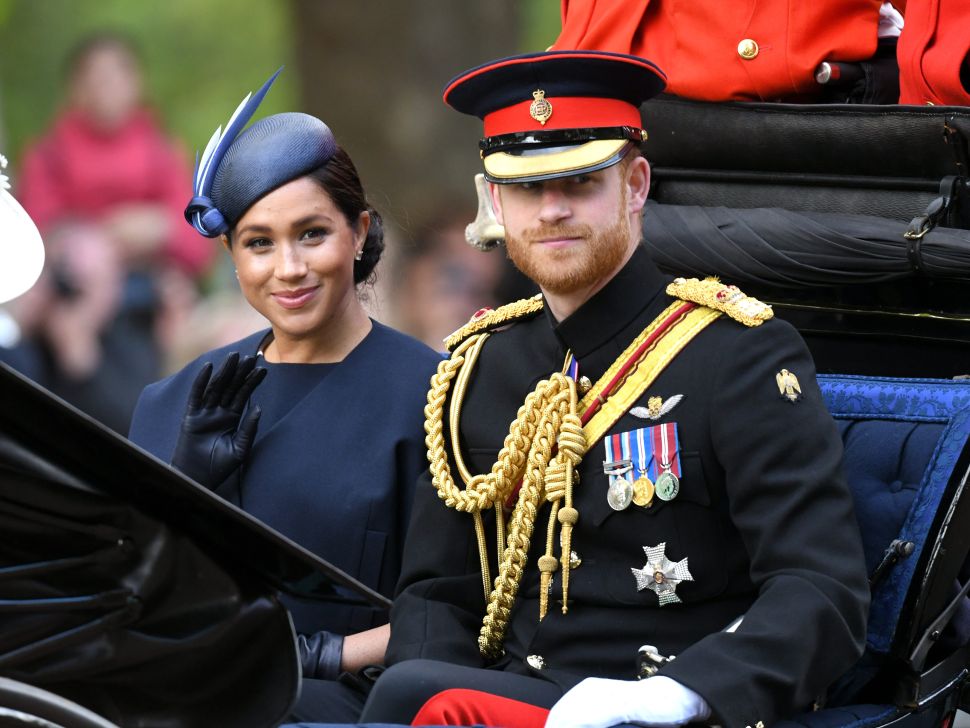