There’s still a month left before Prince Harry and Meghan Markle are due for their one-year review period after stepping back from their royal roles, but the Duke and Duchess of Sussex decided to share their decision with the royal family early. Prince Harry and Meghan, who are now living in Montecito, California, told Queen Elizabeth that they will not be returning to their former position as senior working royals.

Buckingham Palace released a statement earlier today, confirming that the Queen and Prince Harry had spoken and that the Duke of Sussex had informed his grandmother of the decision. The Palace said, “While all are saddened by their decision, The Duke and Duchess remain much loved members of the family.”

Prince Harry informed his grandmother of the decision early.

It’s the official end to the Sussexes’ time as working members of the royal family, and as expected, the decision means that Prince Harry and Meghan have to give up their official royal patronages and honorary military titles, which will be returned to the Queen and then “redistributed among working members of The Royal Family,” per Buckingham Palace.

Prince Harry and Meghan’s spokesperson released their own statement, shared with Observer. “As evidenced by their work over the past year, The Duke and Duchess of Sussex remain committed to their duty and service to the U.K. and around the world, and have offered their continued support to the organizations they have represented regardless of official role. We can all live a life of service. Service is universal.”

The Duke and Duchess of Sussex have already been removed from their positions as President and Vice President of the Queen’s Commonwealth Trust. Prince Harry was reportedly hoping he would be able to retain his honorary military titles, but per Buckingham Palace, the associations, charities and titles that revert to the Queen include The Royal Marines, RAF Honington and Royal Navy Small Ships and Diving. They also include The Queen’s Commonwealth Trust, The Rugby Football Union, The Rugby Football League, The Royal National Theatre and The Association of Commonwealth Universities.

Prince Harry and Meghan will still be able to continue on as patrons of other organizations, reports Harper’s Bazaar, including the Duke of Sussex’s roles with the Invictus Games and WellChild, and the Duchess of Sussex’s positions with Mayhew animal charity and Smart Works.

The Duke and Duchess of Sussex have kept busy over the past year, as in the time since they initially told the royal family that they planned on stepping back from their senior roles, Prince Harry and Meghan have signed major deals with Netflix and Spotify, as well as launched their nonprofit foundation, Archewell. They also relocated to a new home in Santa Barbara with their son, Archie, and recently announced that they’re expecting their second child.

We might get to hear a bit more about the Sussexes’ big decision, and details on their new life in California, in the very near future, as Prince Harry and Meghan are sitting down with Oprah Winfrey for their first post-royal exit interview, which is set to air March 7. 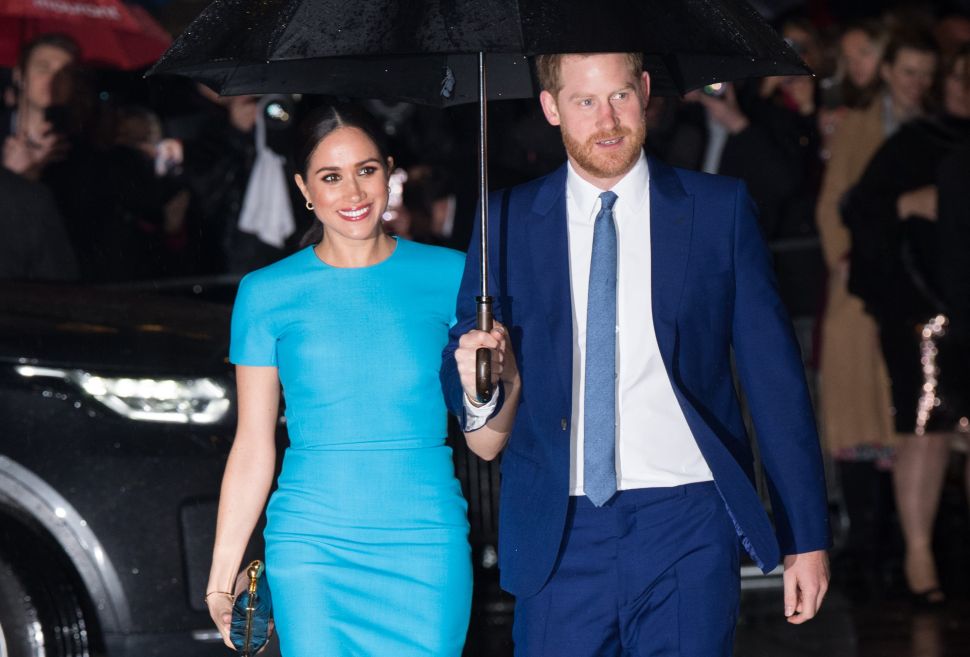