The Duke and Duchess of Sussex haven’t finalized their travel plans just yet, but it’s looking like it might be just one royal heading across the pond this summer.

While Prince Harry is expected to return U.K. for commitments including Prince Philip’s 100th birthday celebration, Queen Elizabeth’s Trooping the Colour parade and the unveiling of a statue in Princess Diana’s honor at Kensington Palace, Meghan Markle is leaning towards staying put in California with Archie.

Nothing is set in stone, but royal expert Omid Scobie told OK Magazine that COVID-19 restrictions could make travel very tricky. Neither Prince Harry nor Meghan is vaccinated yet, and they want to be as careful as possible. Bringing Archie along on the trip would be difficult due to the pandemic, and as Meghan doesn’t want to leave him behind, she’s thinking about staying put in Montecito.

If Meghan isn’t able to make the trip, she’ll send a special gift for the Queen’s birthday. According to Scobie, Meghan will likely send the Queen “some gorgeous flowers,” as well as a homemade card with help from Archie. Duchess Meghan is known for her gift-giving skills, and her previous presents for the royals have been very well-received, like the leather Smythson notebook she gave Kate Middleton. During Meghan’s first Christmas at Sandringham, she reportedly gifted the Queen a singing hamster toy, which the monarch loved and “burst out laughing” over.

Despite a number of tabloid reports to the contrary, Meghan’s likely absence isn’t meant to be an insult towards any of the royals. “It is not Meghan’s intention to snub the family. If Covid wasn’t a factor, she would be there,” Scobie said.

There’s still the possibility that Meghan will join Prince Harry on the trip to London, but as of now, it’s looking like the Duke of Sussex will be flying solo. He does have some business to attend to, as the one-year anniversary of the Sussexes’ royal exit is on the horizon. As part of the royal review, Prince Harry is reportedly determined to win back his honorary military titles, but the final decision is up to the Queen. 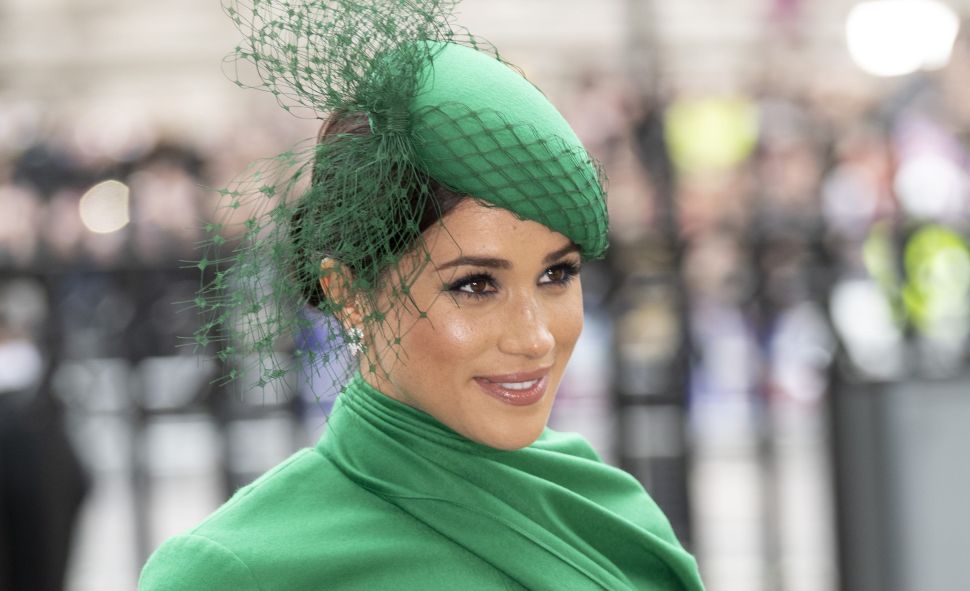