The grand culmination of A24 and filmmaker Lee Isaac Chung’s unassumingly moving Minari is uneventful and modest, much like the entirety of the film that precedes it. Where last year’s Marriage Story depicted domestic life through a series of important, often explosive, developments, Minari is a film made of quiet moments. A look, a touch, a conversation, a decision. Much like the monotony of real life, Minari is the accumulation of silent sequences that form one long, loud, family tapestry. Chung is more interested in the time we spend in between the big moments because, in that focus, the film unearths a rare transformative power.

Minari follows a Korean-American family—father Jacob (The Walking Dead‘s Steven Yeun), mother Monica (Yeri Han), son David (Alan Kim) and daughter Anne (Noel Cho)—that moves from California to a tiny Arkansas farm in search of their own version of the American Dream. The family dynamic changes with the arrival of their sly, foul-mouthed, but incredibly loving grandmother (Yuh-Jung Young). But a new life strains an already imperfect marriage as Jacob strives to create an existence on his own terms for the family amid mounting financial and domestic pressure.

Yet amid the instability and challenges of this new life in the rugged Ozarks, and the personal failings that accompany it, Minari shows the resilience of family and the emotional roots we put down around those close to us. In the end, the ability to forgive each other’s mistakes, both big and small, is what determines the fate of family. Acceptance, even in the face of ample evidence to the contrary, is the greatest gift we can give in support of one another.

Minari ends with mother, father, son and daughter sleeping together on the floor of their home. Grandma watches over them from a kitchen chair. There is no mortal tragedy, there is no shocking twist. There are only people living their lives together as best as they know how. Struggling, fighting, succeeding and failing. Together. The final image of Minari leaves a lasting impression precisely because of its light touch. In the subtlest way, it is the loudest quiet moment of all.

The movie is a semi-autobiographical tale of Chung’s own upbringing in Arkansas as the son of Korean immigrants. His film feels like a deeply personal revisionist history that blends together the good and bad from childhood. It’s a mix of in-the-moment frustration that courses throughout our youth and after-the-fact clarity that is gifted to us only in hindsight. Though the film flows from a distinct cultural perspective, it provides a touching universality.

The journey of the characters, intricately woven in a tangibly humanist manner, is a roadmap to their family’s wellbeing. Young David is afflicted with a heart murmur that prevents him from being a rambunctious young boy. But a doctor’s visit late in the film reveals that the hole in his heart has made vast improvement. “Keep doing what you’re doing,” the doctor tells the family. But what they’re doing is merely living their lives, alternating between joy and despair, wonder and challenges, like us all. Against all odds, they’ve created something special in this unexpected place against the backdrop of tension.

That final scene, with our characters sleeping peacefully in the safety of one another’s presence, is the manifestation of a family sticking together through it all. That’s the soul of a real family experience. Their problems haven’t disappeared and their flaws haven’t been ameliorated. But each, in their own way, have made the choice to keep moving forward together. Though challenges lie immediately ahead, the fractures in their bond have transformed into something far steadier. It’s a quiet moment that is deafening in its power. 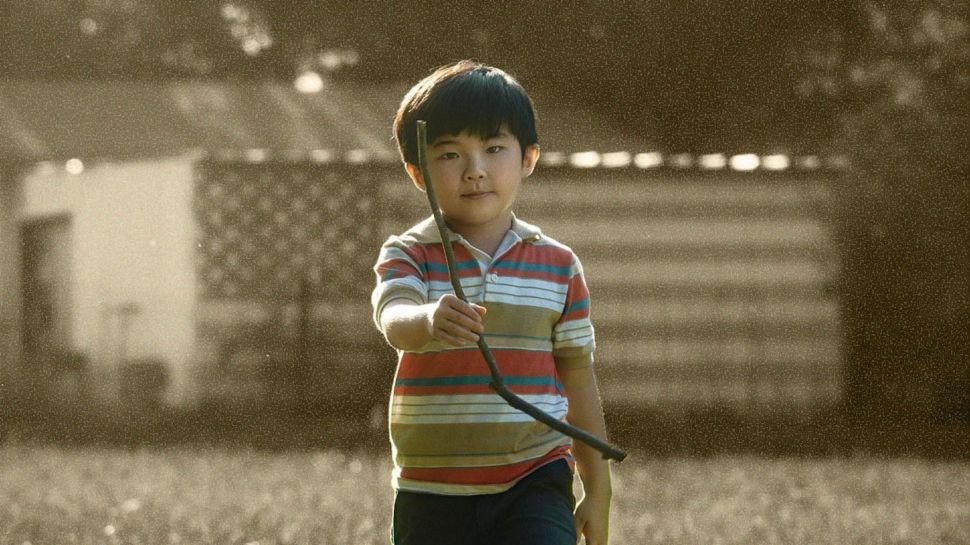