In less than three weeks, on February 18, NASA’s newest Mars rover, Perseverance, is scheduled to land on the Red Planet. At the same time, two other probes, launched by China and the United Arab Emirates, will intercept Mars’ orbit.

Perseverance is the 11th Mars probe launched by NASA and the most sophisticated robot explorer ever sent into space. As of last Thursday, the spacecraft was about 25.6 million miles (41.2 million kilometers) away from its destination and was flying toward Mars at a speed of 1.6 miles (2.5 kilometers) per second.

“NASA has been exploring Mars since Mariner 4 performed a flyby in July of 1965, with two more flybys, seven successful orbiters, and eight landers since then,” Thomas Zurbuchen, associate administrator for NASA’s Science Mission Directorate, said in a statement on Wednesday. “Perseverance, which was built from the collective knowledge gleaned from such trailblazers, has the opportunity to not only expand our knowledge of the Red Planet, but to investigate one of the most important and exciting questions of humanity about the origin of life both on Earth and also on other planets.”

The most thrilling part of Perseverance’s arrival will be a seven-minute descent involving supersonic parachute inflation and the first-ever autonomous guided soft landing once the spacecraft enters Mars’ atmosphere.

The SUV-sized rover will then aim for an area called Jezero crater, which scientists believe was once a lake, to search for signs of ancient life and collect samples that will eventually be returned to Earth. Once landed, the rover will deploy a small camera-equipped helicopter, called Ingenuity, to explore the nearby area and identify interesting spots for the rover to visit.

Ingenuity is the first-ever aircraft designed to take flight in an extraterrestrial world. And many things could go wrong. “It’ll be a Wright’s brothers moment for us,” Bob Balaram of the Jet Propulsion Laboratory (JPL), Ingenuity’s chief engineer, told Popular Science magazine on Friday. “The first flight of an experimental aircraft was back in Kitty Hawk. You can see how far we’ve come on Earth from such a first step. If we are successful, it’s going to be a similar kind of moment.”

Although Mars has a similar surface structure and atmosphere to Earth, getting an airplane off the ground there is harder than it looks. The temperature in Jezero Crater can drop to as low as -130 degrees Fahrenheit at night, leaving only one-third of Ingenuity’s power usable for flying (the rest needs to be used for keeping electronic parts warm enough to function.)

And on February 9, the UAE’ Hope orbiter, the first Mars mission launched by the Middle-Eastern country, will enter the planet’s orbit to start a two-year study of Mars from high above. 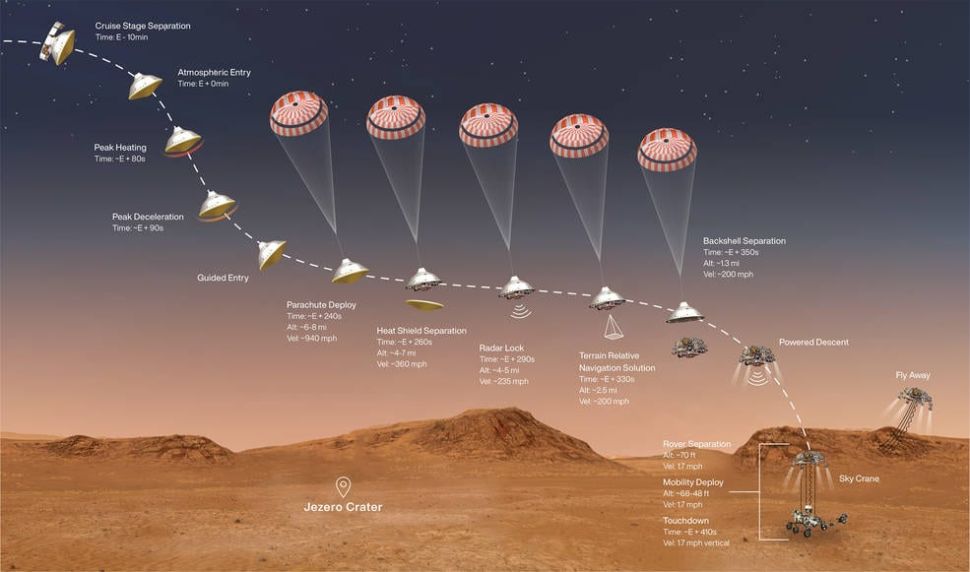