This past Friday, Denzel Washington’s crime thriller The Little Things arrived in both movie theaters and on HBO Max. The film led the weekend box office with an opening haul of $4.8 million and served as a splashy new addition to the fledgling streamer’s original library. Yet despite the presence of two other Academy Award winners in Rami Malek and Jared Leto, it’s hard not to feel as if The Little Things may not have been the weekend winner WarnerMedia hoped for.

On January 29, Netflix also added a new film to its library, the Spanish-language crime thriller Below Zero. Since then, it has charted as the No. 1 Netflix offering on the streamer’s U.S. Top 10 list, just the second time a non-English entry has managed to do so. Given the rarity of the accomplishment, it’s only natural for casual Netflix users to be asking what in the hell is Below Zero, and is it worth watching?

Let’s get this out of the way up top: Below Zero is not the next Se7en, Heat or Zodiac (neither is The Little Things, for that matter). But it does leverage a cool concept to balance cop cliches and a tension-building narrative that is most certainly watchable.

In classic movie fashion, our main character Martin (Javier Gutierrez) has just transferred to a new precinct within the National Police Corps, and on his first day in the new job, he’s tasked with transporting a handful of prisoners on an overnight drive in freezing temperatures with his new partner Montesinos. But as soon as the convoy reaches a remote area, the tidy structures of law and morality begin to crumble. This guy’s about to either earn an unexpected promotion or die trying.

As an ominous fog rolls in, Martin loses sight of the escort patrol car, road spikes set take out the armored transfer vehicle, and Montesinos fails to return after leaving the vehicle to investigate. You know, all the basic trappings of a police actioner gone wrong. As it turns out, our mysterious villain only has eyes for one specific inmate and Below Zero soon becomes a dangerous little chamber piece set mostly within the armored transfer vehicle.

It’s a neat set-up that echoes films like Con Air, Assault on Precinct 13 and Panic Room. Below Zero isn’t quite as innovative or outright entertaining as its forerunners, but it serves its purpose as a white-knuckle tension-driver that is cleverly self-contained to one specific stretch.

Martin’s boy scout do-goodery juxtaposes nicely with Montesinos’ rules-flaunting hot-headedness, as is typically the case in films such as this. The prisoners all have their own unique flare, with the clever Ramis (Luis Callejo) emerging as a clear standout among the inmates. And when the inevitable shit hits the proverbial fan, Below Zero manages to contort its claustrophobic space into new shapes and forms in order to wring out additional dread.

Below Zero is a matter of perspective. Either our characters are trapped within a tight and constricted death chamber or they are insulated from the violent madman attempting to storm its innards. Discovering which is reality and which is facade is part of the spiraling fun. While HBO Max’s The Little Things is the better executed movie, it’s clear which of this past weekend’s new cop crime dramas is enjoying itself more. 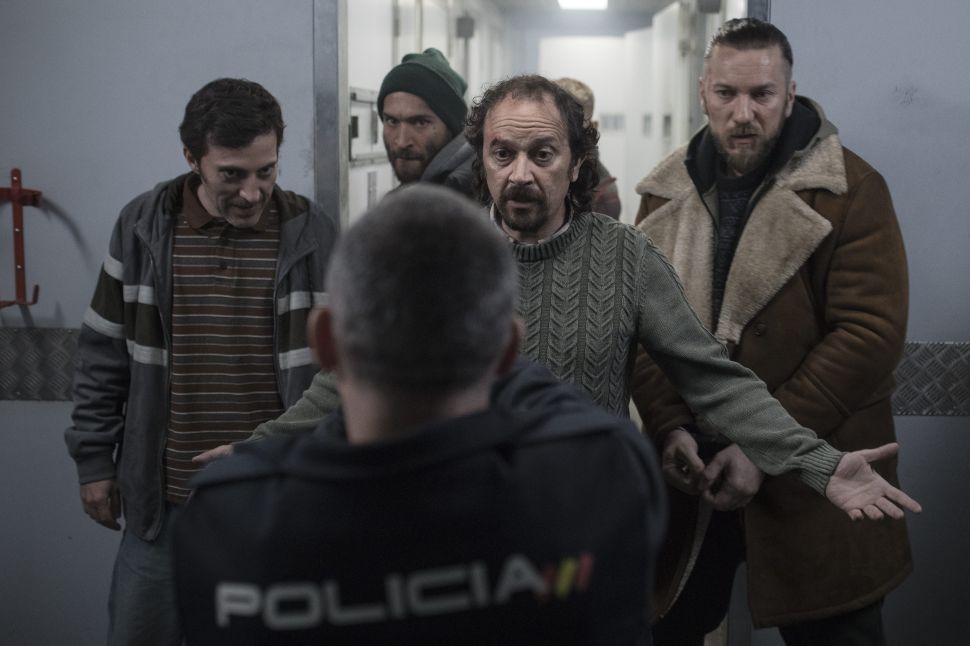