The coronavirus upended all reasonable expectations for the entertainment industry in 2020 resulting in adaptations, innovations, and wholesale changes that may or may not be in effect long-term. The Hollywood hope is that some semblance of normalcy can return in 2021. While that remains to be seen, one clear development from the recent upheaval is the increasing importance of the streaming industry.

The so-called streaming wars may have already been in full effect by the time COVID-19 hit, but this year should add another layer of drama as the well-resourced newcomers continue to find their footing. With so many high-profile options to choose from, we’re taking a quick run through of what you can expect from the major streamers in 2021.

ViacomCBS will rebrand CBS All Access as “super service” Paramount+ in March in hopes of taking a step forward from niche offering to mainstream player. But with established incumbents such as Netflix, Amazon, Hulu and Disney standing atop the market, it may simply be too late for another major SVOD platform to break in.

Will the small foundation CBS All Access has built on the back of Star Trek and the new content sure to be added be enough to break the gravitational pull of SVOD fatigue? Paramount+ will draw programming from Paramount Pictures, CBS, CBS Sports, CBS News, Nickelodeon, MTV, Comedy Central, BET, and the Smithsonian Channel. It is also developing a series of exclusive originals including a Frasier revival.

Most Anticipated New Original: The Offer, a scripted limited series based on Oscar-winning producer Al Ruddy’s never-revealed experiences of making The Godfather. Oscar Isaac and Jake Gyllenhaal are attached to star.

According to Comcast, NBCUniversal’s Peacock hit 33 million sign-ups in the fourth quarter of 2020, which marks an 11 million sign-up spike from Q3. However, Peacock did not reveal how many of those sign-ups are subscribed to to its free tier versus its premium tier.

The service was hit particularly hard by the pandemic as it was meant to launch last year in conjunction with the 2020 Tokyo Olympics, which are on the verge of being delayed for a second time. Without any buzzy flagship originals a la Game of Thrones, Stranger Things or The Mandalorian, Peacock has been forced to rely on its library of pre-existing programming to survive.

While reclaiming the rights to The Office for 2021 is a major boost to the service, Peacock will need to round out its exclusive library to take a leap in the streaming wars.

Most Anticipated New Original: Bel-Air, a dramatic reimagining of Will Smith’s sitcom The Fresh Prince of Bel-Air. Peacock won an industry bidding war for the series with a two-season order.

HBO Max surpassed 17 million activations in Q4, nearly doubling its growth from September. The service stumbled out of the gate with a soft launch in May and was bogged down by drawn out negotiations to appear on Amazon Fire devices and Roku. With those obstacles resolved, the release of Wonder Woman 1984 on Christmas proved to be more or less a success for the fledgling streamer.

In 2021, HBO Max will deliver all of WB’s feature film slate, a major if controversial selling point for the streamer this year. In addition, the streamer also has a highly-anticipated Friends reunion special in the works. The question moving forward, however, will be if WarnerMedia can accelerate the slow yet steady growth of HBO Max to the point that Wall Street rewards parent company AT&T in the same way that Disney has benefitted from Disney+.

Most Anticipated New Original: Station Eleven, an apocalyptic tale of a pandemic that wipes out the majority of human life may be a bit too on the nose. But the series—ordered long before COVID-19 arrived—is based on a moving book of the same name and has already recruited talented creators Patrick Somerville and Hiro Murai.

Apple TV+ continues to struggle with paid subscriber additions. According to data from research firm Moffet Nathans, 62% of the platform’s subscribers are operating on the free promotional offers extended to buyers of its hardware devices. Only 30% of those customers plan to resubscribe at the $4.99 monthly rate, a worryingly poor churn rate.

While The Morning Show and Ted Lasso have managed to penetrate the zeitgeist, Apple TV+ has struggled without the aid of a content library. In 2021, don’t be surprised if Apple makes a play for a supplemental content hub such as MGM. As evidenced by the company’s recent record-breaking $25 million Sundance acquisition, Apple TV+ is also placing a greater emphasis on films moving forward.

The production shutdowns forced by the pandemic left Amazon Prime Video with a surprisingly quiet 2020 outside the second season of hit flagship superhero series The Boys. With an estimated 35 million-plus domestic Amazon Prime Video users, however, the complimentary streaming service appears to be doing just fine.

But 2021 should provide a significant infusion of new content. A new season of the critically acclaimed The Marvelous Mrs. Maisel will put the streamer back in the awards conversation. Even more importantly, the arrival of Amazon’s $1 billion Lord of the Rings TV adaptation will be a potential game-changing debut.

Most Anticipated New Original: Did you not just hear us say that Amazon has a $1 billion Lord of the Rings TV series on the way?

Disney initially had high hopes for Hulu when it first acquired full control over the streaming service in 2019. But with Disney+ outperforming all expectations and the Mouse House acquiring a host of international streaming additions in Star and Hotstar, Hulu has been de-emphasized by the company.

Still, FX on Hulu rounded out the streamer’s library last year with attractive originals such as Devs and A Teacher. A new season of The Handmaid’s Tale and exclusive films from Searchlight keep Hulu’s future illuminated. Rumors continue to swirl that Hulu may be swallowed by Disney+ as an 18 and over hub, though that remains unconfirmed at this time. Regardless, with nearly 40 million subscribers, the streamer can’t be disregarded completely.

Disney+ has accrued upwards of 85 million paid global subscribers in a little more than one year, blowing past Disney’s initial five-year goal. The platform’s rapid growth is made even more impressive by the fact that its original library lacked any breakout hits outside of The Mandalorian. The success to this point can largely be attributed to the power of Disney’s franchise brands, which suggests unrivaled upside moving forward.

Marvel’s WandaVision joined The Mandalorian as a true franchise original this year. Looking ahead, Disney has ambitious plans to create scores of originals connected to Marvel, Star Wars, Pixar and Disney animation. On paper, this should result in even greater subscriber growth, putting Disney in position to be the only streamer to realistically challenge Netflix.

Most Anticipated New Original: Loki, Tom Hiddelston’s upcoming Marvel series which has already been renewed for a second season.

No streamer benefitted more from the global lockdown that swept through 2020 than Netflix, which added a record 37 million new subscribers in the 12 month span. The unprecedented surge in customers enabled Netflix to become the first ever TV streaming service to surpass 200 million worldwide subscribers. It must be good to be the king.

But the proliferation of streaming services has resulted in several companies reclaiming licensed content from Netflix in recent years, shrinking the streamer’s library. To compensate, the market-leader has been focused on building out a roster of originals and enjoyed a booming content year, particularly in Q1 and Q4. The question now becomes whether or not Netflix has the necessary IP to maintain its dominant lead in the streaming wars.

Most Anticipated New Original: Cowboy Bebop, the live-action adaptation of the beloved anime series. Netflix is betting big on the series and fans are clamoring for a first look. 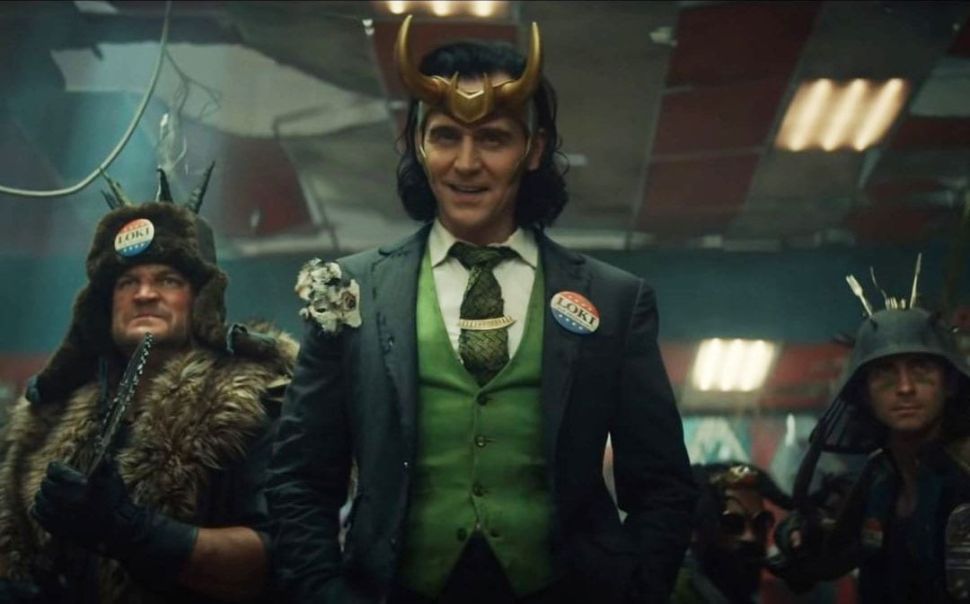