Netflix’s hyped hopeful awards contender Malcolm & Marie finally arrived on the service earlier this month, but distance was needed before tackling the immediately divisive picture. The discourse surrounding the film feels more like a burst pipe flooding your basement than pointed analysis. The film, no matter its intentions and its ultimate results, cannot breathe under the weight of that many voices loudly attempting to classify and categorize exactly what it is. So here we are, stewing on what it all means nearly two weeks later.

Euphoria creator Sam Levinson and Zendaya recruit John David Washington for a romantic drama in which a filmmaker (Washington) and his girlfriend (Zendaya) return home following a celebratory movie premiere as he awaits what’s sure to be an imminent critical and financial success. The evening suddenly takes a turn as revelations about their relationships begin to surface, testing the strength of their love.

Among Malcolm & Marie‘s many veering fire-and-brimstone focuses is the entertainment industry itself. Is Malcolm, fueled by the fury of slights made against him both real and imagined, a righteous conduit for Levinson’s grievances against the systemic gatekeeping of film media? Or is Malcolm & Marie merely subterfuge for a filmmaker’s self-serving vendetta against professional critics? Perspective is in the eye of the beholder as this has become something of a battle line among audience reactions. On my worst day, I wouldn’t write a cinematic avatar for myself that was as cruel and vindictive as Malcolm. The movie’s black and white aesthetic fuses into gray when evaluating its merits.

If you’re familiar with the inner-workings of Hollywood and you know the Levinson family history (Sam is Rain Man director Barry Levinson’s son), you’ll likely consume Malcolm & Marie from an entirely different vantage point than the average Netflix user. To someone outside the industry, Malcolm & Marie may come off as a gorgeously shot black and white film with two attractive leads who were meant to be at the center of two massive pop culture projects in 2020 that were sideswiped by the pandemic. In that way, Malcolm & Marie is a gift to audiences, critical consensus be damned. (The film currently holds a 59% from critics on Rotten Tomatoes, but a 71% audience score).

Someone completely removed from Hollywood may watch this and come to the conclusion that it was made precisely to get under the skin of Hollywood insiders. It’s a well-aimed bombshell constructed to elicit both proportional and non-proportional responses. The main point may very well be to have us at each other’s throats on Film Twitter. But the heartache feels a tad too real and the rage just a bit too focused for Levinson to be pulling a Joker move as he sits back and watches the world burn. Then again, this was a self-financed film that sold to Netflix for $30 million amid a heated bidding war that involved Universal, Sony and Apple TV+. So regardless of what anyone thinks, there’s no doubt he’s getting the last laugh.

The real storyline of it all that is being drowned out should be Zendaya, whose performance moves you on a molecular level. Marie’s character and Zendaya’s rendering remind you that pain is only unknowable if someone is unwilling to ask. These are characters interested in probing the deeper meaning of their feelings and what they reveal about themselves. Regardless of execution, that’s admirable and the degree to which she dominates every frame of Malcolm & Marie cannot be understated. As a producer alongside Washington, the 24-year-old star is taking ownership of her career and actively directing its development through an industry intent on defining young actresses on their own terms. She’s reclaiming creative control and plotting her own course and it’s difficult to see how it doesn’t all culminate in her first Oscar nomination.

We all know how strongly Netflix thirsts after awards validation and the streamer has led every single studio in nominations for the big ceremonies so far this season. Malcolm & Marie is exactly the sort of industry-specific and polarizing project that has galvanized Academy voters in the past while leaving pundits and critics on the wrong end of predictions. A Best Original Screenplay nod seems possible in addition to love for Zendaya, and that’s to say nothing of the film’s impressive cinematography.

Is Malcolm & Marie a misguided and pretentious talkathon made solely as a unique quarantine chamber piece? Is it a brilliant and moving romantic drama with cutting commentary about the industry? The truth lies somewhere in between pedantic and powerful. The film is equal parts insufferable and compelling, all of which is compounded by the deafening roar of the conversation caught in the eye of its storm. 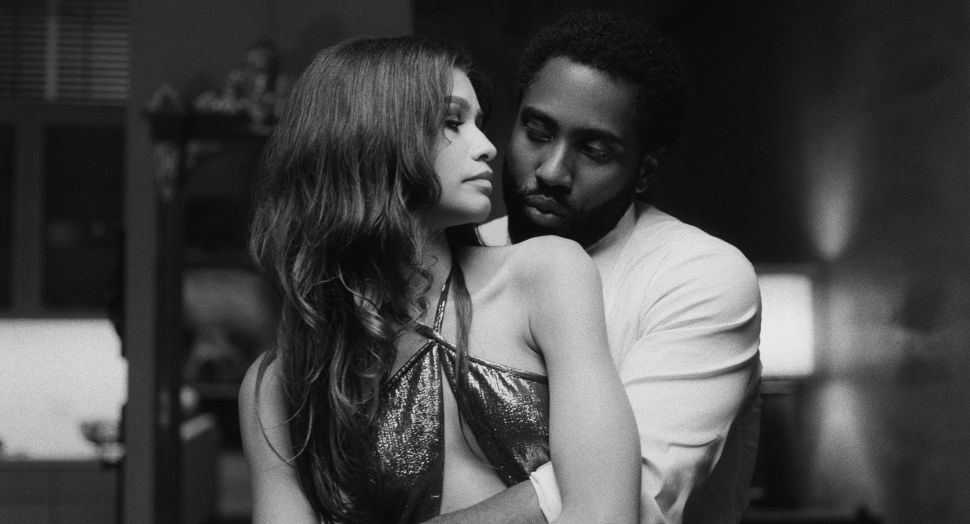