A glow up, according to kids these days (shakes fist at clouds), is a transformation for the better. With that understanding, there may be no better glow up in the entertainment industry over the last decade than Netflix’s original films division. While the multi-billion dollar corporation that continues to cancel endearingly deserving shows needs no additional superfluous praise, Netflix’s ascension in the film space speaks to the changing dynamics of the industry at large. Its swelling annual release slate often varies wildly in quality with a deluge of forgettable titles. But its sheer wide-ranging production power is nothing short of astonishing.

Netflix’s push into original movies began by partnering with Adam Sandler and his Happy Madison production banner in 2014. One year later, on the heels of Beasts of No Nation, Sandler delivered his first feature for the streamer, The Ridiculous 6, to mark Netflix’s first two original narrative movies. Despite the regularly poor reception to the beloved comedy star’s new films over the last six years, Netflix has renewed its production partnership with Sandler two separate times. It turns out that poor Rotten Tomatoes scores have little bearing on popularity as Sandler’s Netflix output continues to pull in significant viewership for the company.

In 2016, Netflix leapt from two original films the year prior to 17. As the streamer’s annual content budget continued to balloon like Violet Beauregarde, and with 85% of that money being allocated for original films and series, so too did Netflix’s yearly cinematic output. In 2017, the streamer released 40 original feature films, followed by 68 in 2018, including Sandra Bullock’s break out hit Bird Box, which Netflix claims is its second most-watched movie ever. (Personally, the movie would have been better if I myself were blindfolded.)

In December of that same year, Netflix’s original-movie head Scott Stuber teased a looming “cinematic onslaught” complete with 90 films per year ranging from $20 million indies to $200 million blockbusters. The ambitious endeavor bore out more than 70 original films in 2019 and 124 movies last year. For comparison, the 10 highest-grossing studios—which includes Walt Disney, Warner Bros. Sony, Universal, Paramount and other major companies—released a combined 179 theatrical movies in 2019. That juxtaposition convinces me that Netflix headquarters is simply powered by millions of radioactive hamsters running endlessly on their spinning wheels.

This year, Netflix will release a minimum of 70 original films.

There’s no denying that these annual release slates are bloated with sub-par product that users will pass over without a second look. But the prodigious volume Netflix is capable of producing is astounding, particularly as Hollywood literally runs out of production space, regardless of its inconsistent quality. Yet Netflix isn’t just the most prolific film studio in the industry, it’s also the most versatile as it offers something for everyone. These yearly cinematic avalanches run the gamut of drama, comedy, science fiction, superhero, fantasy, rom-com, teen, action and adventure, and more. The streamer is largely credited with reviving several genres in the mid-budget lane, has proven to be a serious force in developing emerging talent, and has even managed to create its own in-house film franchises to mimic big studio business. Disney is known as the sequel-centric blockbuster studio, Universal prides itself on recognizing undervalued assets. Netflix is the Walmart one-stop-shop destination that combines it all to varying degrees.

It’s by no means an apples-to-apples comparison given the vastly different business models and distribution mechanisms, but it’s nonetheless impressive that Netflix generates more annual revenue than every other major film studio. From a commercial standpoint, Netflix has achieved its starry-eyed goals in just a few short years.

And it’s not as if every original film Netflix delivers is a mishmash of background noise. The streamer has claimed eight Academy Awards from 54 nominations since 2014, including three Best Picture nominees in the last two years alone. That number will likely rise this year depending on how the Academy feels about awards hopefuls such as The Trial of the Chicago 7, Da 5 Bloods, Mank and Ma Rainey’s Black Bottom. The streamer has released or will soon release films directed by David Fincher, Martin Scorsese, Ron Howard, Angelina Jolie, Spike Lee, Alfonso Cuarón, Dee Rees, Noah Baumbach, Adam McKay, Ava DuVernay, Bradley Cooper and more.

Dwayne Johnson, Ryan Reynolds and Gal Gadot are joining forces for the streamer’s big budget original action adventure Red Notice this year and it’ll be joined by Zack Snyder’s star-studded action zombie drama Army of the Dead. Halle Berry will make her highly anticipated feature directorial debut in 2021 and Vanessa Kirby should be a frontrunner for an Oscar nomination thanks to Pieces of a Woman. It’s an eclectic slate of high-profile titles that is a far cry from the dumpster fire some accuse the company’s film division to be.

It’s true that the average Netflix user will understandably be hesitant to sift through Netflix’s growing collection of afterthought originals in order to unearth the worthwhile flicks. But the real challenge was Netflix simply getting to a point in which it could compete with major film studios at all. That the streamer has managed to do so from a volume and variety standpoint with increasing levels of quality each year in such a short amount of time is nothing short of a Hollywood miracle. The true lesson of it all is obvious: Adam Sandler is clearly a genius. 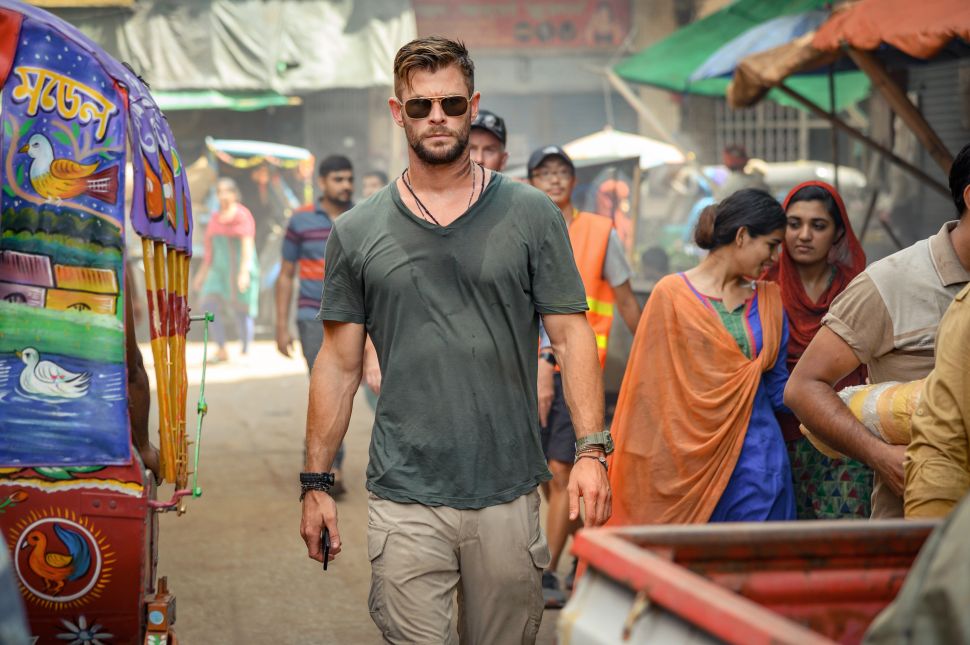