On Wednesday, ViacomCBS unveiled its comprehensive streaming strategy and its expansive slate of originals headed to Paramount+, which launches March 4 as the rebranded super service version of CBS All Access. The goal is to compete with Netflix, Disney+ and the other major powers in the streaming industry. But as the last major entrant in the SVOD race following the debut of four well-resources services since 2019, does Paramount+ have what it takes to cut through the crowded clutter and earn a roster spot on the average consumer’s monthly expenses?

“ViacomCBS came across as a company that understands a key reason why Netflix has won—library—but does not understand the rest—marketing and software,” Andrew Rosen, former Viacom digital media exec and founder of streaming newsletter PARQOR, told Observer. “We got maybe a minute or two on the marketing conversation funnel from [ViacomCBS President & CEO, Streaming] Tom Ryan. And we got little or nothing about the software of user interface/user experience, something which Disney devoted a good five minutes to in its Investor Day to explain Star and Star+.”

Paramount+ is set to feature a catalog of more than 30,000 TV episodes and 2,500 movie titles as well as more than 1,000 live sports events per year in addition to news coverage. Select Paramount Pictures films will stream on Paramount+ following a short 30-45 day theatrical release, including A Quiet Place Part II, PAW PATROL: The Movie and Mission: Impossible 7. Over 50 original series will premiere on Paramount+ over the next two years, including Halo, Frasier, Criminal Minds, iCarly, The Real World, Grease: Rise of the Pink Ladies, shows from the Avatar, Yellowstone, Star Trek and SpongeBob SquarePants universes and more. ViacomCBS made a point to highlight Paramount+’s intended depth of content across key genres, including 7,000 episodes of kids’ content, 5,000 episodes of reality and 6,000 episodes of comedy.

For sports, marquee sporting leagues and events on the service include the NFL, Masters, PGA TOUR, NCAA, SEC, The PGA Championship, UEFA Champions League, UEFA Europa League, National Women’s Soccer League, Concacaf and more. Given how significantly the company touted NFL broadcasts yesterday, it appears as if CBS will indeed meet the NFL’s rumored demands of a 100% price hike from current costs, which runs CBS $1.1 billion per year. News offerings available include renowned CBS News programs, new series such as 60 Minutes+, live streams of local affiliates in over 200 markets across the U.S. and the 24-hour streaming news service CBSN.

To Rosen, ViacomCBS’ presentation strategy was a tell that a streaming service, which is aiming to be among the five or so SVOD platforms that consumers pay for, opted to devote little time to revealing what will get consumers excited beyond the library. As we explored this week in our in-depth breakdown of Amazon Prime Video, not every SVOD service is competing for the same pot of gold. Amazon and Apple deploy theirs to sell more products while HBO Max and Peacock are Trojan horses to sell more phone and broadband services, respectively. But ViacomCBS’ first priority is selling entertainment, and on that front, comparisons to the market leading Netflix are inevitable, fair or not.

There are two lenses that prove why the company’s presentation was a tell in Rosen’s eyes:

1. Netflix has “ubiquitous access” in marketing, relying on as many conversion funnels as possible and innovating. ViacomCBS sold investors on linear, social, and Pluto being their conversion funnels. So the logical takeaway is Netflix offers ubiquitous access, Paramount+ does not. Netflix has 3x the total domestic subscriber base ViacomCBS has across five streaming apps (Noggin, BET+, CBSAA, Showtime, NickHits) after five years in the same marketplace. If we assume CBSAA has 10MM (implied estimate), it has over 6.5x the subscriber base. ViacomCBS didn’t answer what they are doing that will help that to change.

2. If there’s no personalization paired with this great library, how will anybody find content to watch? And if there’s weak marketing alongside limited to no personalization, how will Paramount+ compete with Netflix, which understands its audiences exponentially better than ViacomCBS?

Ryan’s comprehensive comments on the reach of free streamer Pluto TV, which boasts 43 million monthly active global users, was one of the stronger elements of ViacomCBS’ presentation. The same goes for CEO of CBS Entertainment George Cheeks’ emphasis on the importance of sports and live event programming and president of Nickelodeon Brian Robbins’ introduction to the expansive kids content, one of the strongest growth sectors in streaming, coming to Paramount+. Within that scope, there exists a viable streaming package strategy. Beyond that, Paramount+ is fighting an uphill battle.

“Sports plus breaking news plus kids plus Pluto is a business,” Rosen surmised. “Everything else they’re better off selling to Netflix.” 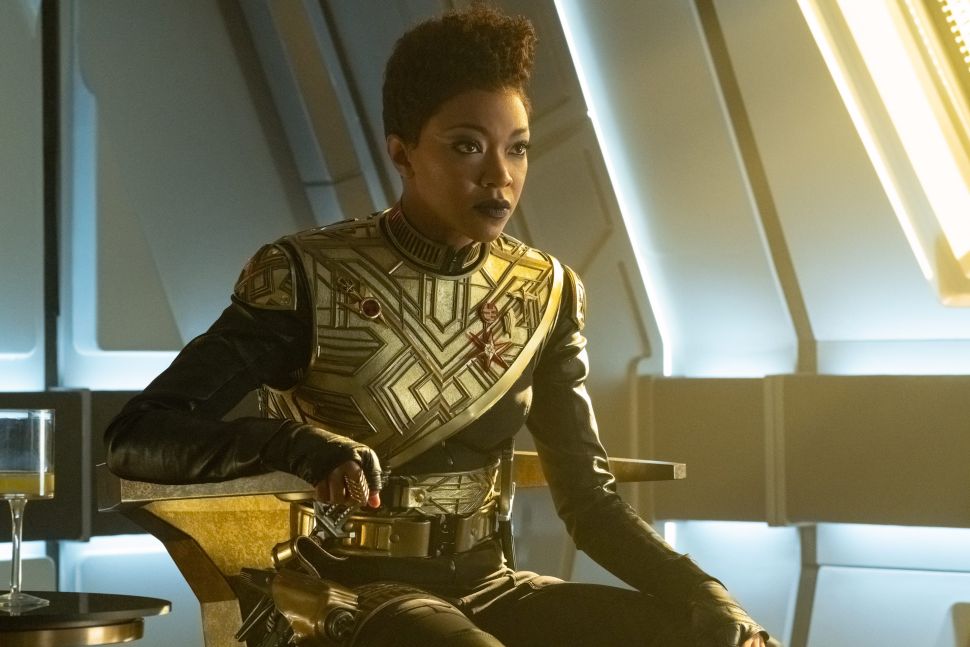