It’s been a very exciting time for the royals, with lots of happy baby news. Princess Eugenie and Jack Brooksbank welcomed their first baby, a boy, at the beginning of the month, and mere days later, Prince Harry and Meghan Markle announced that they are expecting their second child.

Princess Eugenie gave birth at Portland Hospital in London on February 9, and this week, she and Jack headed home with their newborn. The couple was previously staying at Eugenie’s parents’ home, Royal Lodge, but it seems that now that they’re a family of three, they’ve moved back to Frogmore Cottage.

They’re already familiar with the Windsor estate, as Princess Eugenie and Jack initially moved into Frogmore Cottage around November last year. The duo reportedly came to a private arrangement with Prince Harry and Meghan Markle (Frogmore remains the Sussexes’ official U.K. residence), where Eugenie and Jack would live at the royal home as they prepared for the arrival of their first child.

Prince Harry and Meghan were reportedly “delighted” to welcome Princess Eugenie and Jack into their U.K. home, and the property was already perfect for a newborn, as the Sussexes had extensively renovated the estate prior to Archie’s birth. The home is also mere minutes away from Windsor Castle, where Queen Elizabeth and Prince Philip have spent the majority of the coronavirus lockdown, as well as in close proximity to Royal Lodge, where Prince Andrew and Sarah Ferguson live.

Alas, Princess Eugenie and Jack ended up moving out of Frogmore Cottage after just six weeks, and instead moved back in with Eugenie’s parents.

Now, however, Princess Eugenie and Jack are back at Frogmore, reports People, as they drove straight to the Windsor home from Portland Hospital with their son this week. Eugenie and Jack are still living very close to the Duke and Duchess of York, but now they have their own space with their newborn, which is likely crucial amid the coronavirus pandemic and lockdown restrictions.

Frogmore Cottage is still Prince Harry and Meghan’s official home in the U.K., though the Sussexes, who are now living in Montecito, California, haven’t been able to return to the Windsor estate in nearly a year. Prince Harry is, however, expected to travel back across the pond this summer, in time for Trooping the Colour as well as the unveiling of a statue in Princess Diana’s honor at Kensington Palace. 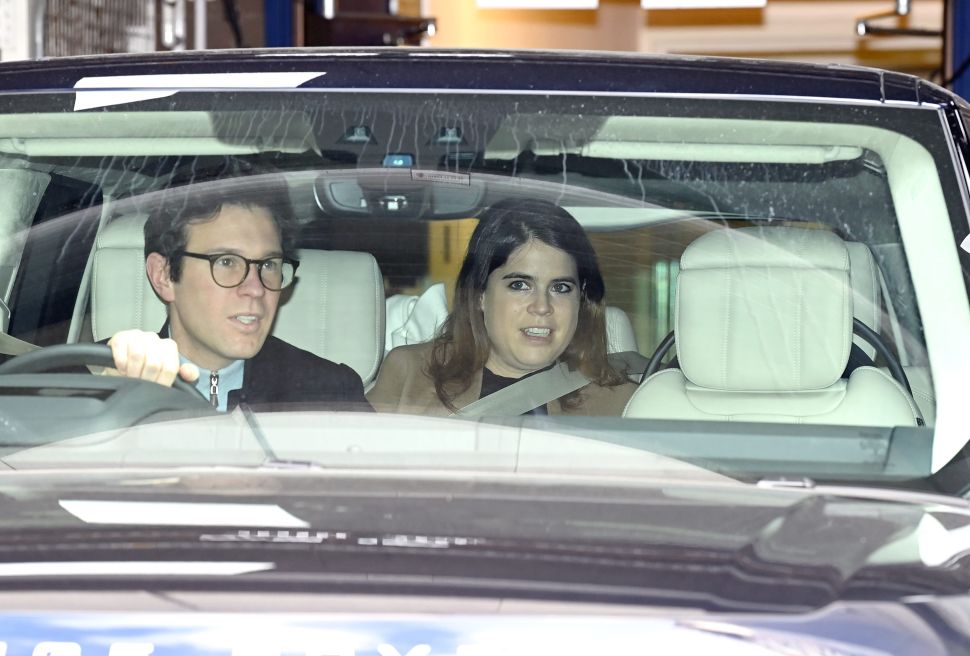