It’s a truth universally acknowledged that no one has better taste in art than artists, which is why it’s a particular privilege for buyers and observers when the art collections of artists turn up at auction. On February 17th, Sotheby’s is offering close to 400 lots worth of the personal collection of Christo and Jeanne-Claude, the coupled pair of artists known for their monumentally large creations of textile art that altered landscapes and punctured imaginations. Christo, of course, passed away last June at the age of 84, but the legacy that the artist created while he was alive is visible in his collection. He made friends with many artists, including Warhol, and his collection includes Andy Warhol 1964 portrait Jackie.

Jackie is leading the Sotheby’s auction, which is entitled “Unwrapped: The Hidden World of Christo and Jeanne-Claude,” at an estimated sale price of between €800,000-1,200,000. Warhol, who was famously enthralled with pop culture and its machinations, created several portraits of the freshly-widowed First Lady in the direct aftermath of JFK’s assassination. “It didn’t bother me that much that he was dead,” Warhol is quoted as explaining. “What bothered me was the way television and radio were programming everyone to feel so sad. It seemed no matter how hard you tried, you couldn’t get away from the thing.” Jackie (1964) seems to comment on the particular textures of this so-called programming: rendered in black and white, Mrs. Kennedy is the very picture of elegant mourning. Her blank face hovers, shadowed, while right behind her an officer looks just as unreadable.

“Together with his partner Jeanne-Claude, Christo changed the visual language of art in a way that no other artist has done before, transforming the public’s perspective and expectations of what art can be and how it can be experienced,” Simon Shaw, Vice Chairman of Global Fine Arts at Sotheby’s, said in a statement. “Sotheby’s auction of their personal collection will provide a unique glimpse of their personal and professional world, and we are honored to pay tribute to this internationally renowned duo, who hold a fundamental place in the history of contemporary art.”

The other lots included in the auction are just as spectacular, but Jackie feels particularly apt in 2021, as so much trauma and death continues to haunt America. Mrs. Kennedy’s grief, so cinematic and unforgettable, became a character in and of itself. For most of us, our grief never gets anything close to that degree of airtime. 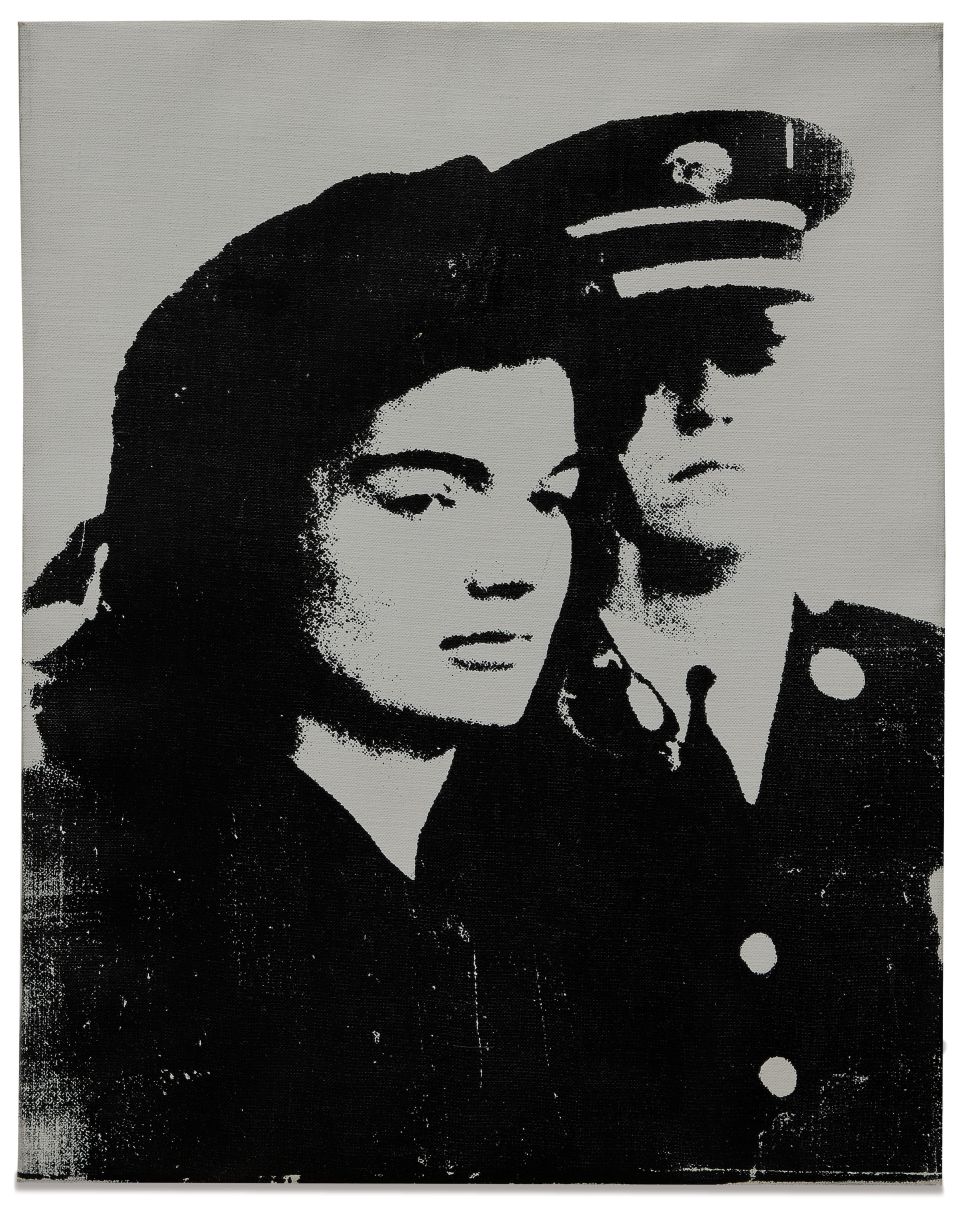