It’s been a bad couple of years for American patriotism; in fact, some might argue that there’s actually never been a valid reason to react to the United States with anything other than deep derision. However, it remains the case that our nation’s deep weirdness, obsession with material goods and inclination to worship those in power has produced a great deal of interesting luxury objects. On February 12th, coinciding with President’s Day Weekend, Sotheby’s is offering an item that certainly telegraphs the American taste for luxury weirdness: a pair of President Barack Obama Player Exclusive deadstock Nike Hyperdunks. Only one other pair of the shoes exists, and they were made specifically for Obama himself to wear.

The shoes are the first major item to be sold via Sotheby’s online Buy Now program, and they’re on offer for $25,000, a price that any well-moneyed liberal sneakerhead will no doubt have zero reservations about paying. Obama’s personalized pair features the official Presidential Seal on both sneaker tongues, embroidered ’44s’ as a nod to Obama’s presidential number and bald eagles on the insoles. The sneakers’ colors are understated and elegant, which also matches Obama’s vibe well.

In a post-Trump world, where many Americans have been forced to abandon the notion that whoever holds the highest office in the country is worthy of respect by default, it seems unfathomable that Obama’s calm, serene presence set the dominant national mood only a few short years ago. Similarly, it seems just as difficult to imagine a scenario wherein Nike would offer to craft a pair of custom sneakers for any president going forward, given how high the stakes have revealed themselves to be. Presidential merchandise can come from anywhere, but luxury exclusivity on this level may be a relic of a much more naive recent past. 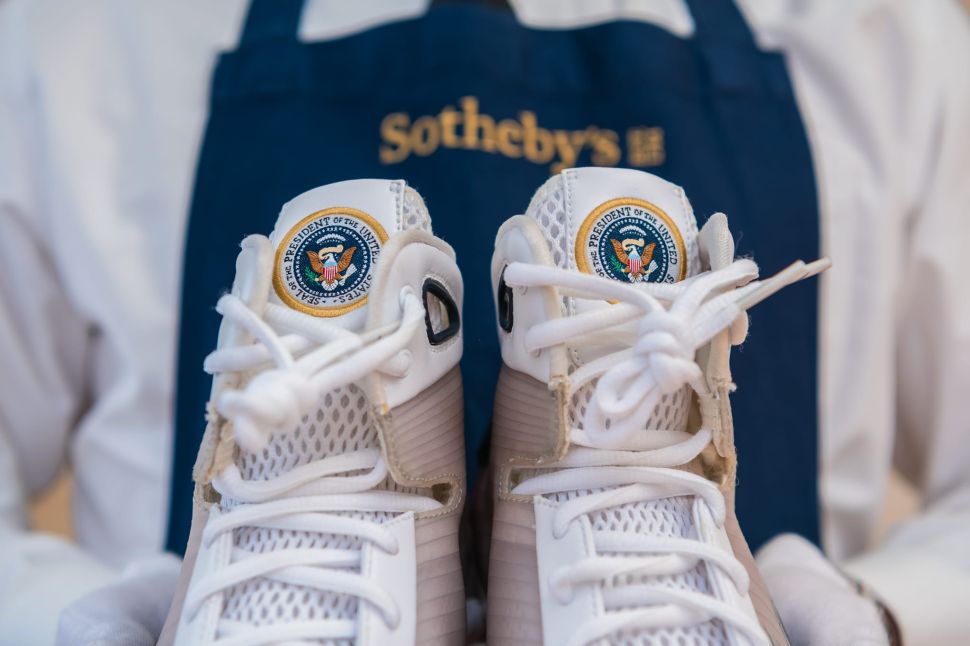