Astroscale is a space sustainability company headquartered in Tokyo that is committed to creating solutions for removing potentially dangerous space junk. As space tourism missions to the ISS (International Space Station) become more prevalent, even more attention will have to be paid to orbital highways to ensure their maintenance and cleanliness. It’s more than a courtesy, it’s a matter of space safety.

“If the space tourism industry does take off, more people having the chance to visit space will help to underscore the urgency of the danger posed by orbital debris,” says Astroscale space policy analyst Luc Riesbeck. “Some space tourism activities will operate in Low Earth Orbit (LEO). This is where crewed space stations like the ISS usually are located—but it’s also home to the majority of orbital debris, which means the risk of in-space collision is highest there.”

Even without private space tours, the prevalence of space junk and the risk of collisions have skyrocketed with the emergence of SpaceX, OneWeb, and other companies that send thousands of rockets into LEO. It is quickly becoming a safety issue—SpaceX’s huge Starlink project has made Earth’s orbit much more dangerous—which is why Astroscale aerospace engineer Jonathan Rasmussen is calling for more accountability from prominent satellite companies around the life and death of satellites and intentional de-orbiting. De-orbiting refers to the discarding of defunct junk in space.

“In order to mitigate space debris,” he says. “There should be some form of binding international policy where satellite operators and builders send out their satellites with a predetermined plan for end of life, where they purposely de-orbit it with their last ounce of fuel versus letting the satellites just float around up there.”

The company’s End-of-Life Services demonstration (ELSA-d) mission, launching in less than two months, seeks to exhibit the company’s ability to capably and safely find, dock with, and remove orbital debris. “This mission is so revolutionary because, not only has this never been done before by a commercial company, but these same core technologies we’re demonstrating with ELSA-d will be applied to other support and logistics services we can provide,” Riesbeck asserts.

The video below offers an excellent walkthrough of the optimal concept.

If the ELSA-d mission goes smoothly, it will be followed by three successive steps.

In the first step, the service vehicle and smaller client satellite will both go up into LEO. The service vehicle will use a magnetic capture mechanism to release the smaller client vehicle. The demonstration client vehicle has a ferromagnetic plate to which the deorbiter will attach. The demonstration servicer will come up to the client vehicle, grab it on the aforementioned plate and then manipulate and move. This action of holding onto the vehicle and moving with it is called docking.

Docking is necessary for the service vehicle to demonstrate it has secure control. At that point, it can then detach.

In the second step, the client vehicle will be released again and will go tumbling through space before it is recaptured by the service vehicle. This demonstration will show that a deorbiter spacecraft is nimble enough to follow and capture the client vehicle even in suboptimal environments. Then the service vehicle will complete the crucial step of changing the satellite from tumbling to non-tumbling, demonstrating once again that it has control.

The last and final step involves the reattached service vehicle and smaller client satellite deorbiting into the Earth’s atmosphere.

Rasmussen is optimistic about the future, even if they’re still early in testing.

“From a scientific and space technology perspective, if the spacecraft was to get into orbit and they tried to do the first demonstration but something goes wrong there and it can’t be done, that would be unfortunate,” he says, “but as long as they could learn what happened, that would still be successful. Getting into orbit and making sure that the vehicle is fully operational but having trouble with docking with the client vehicle would still be a great success.”

Another company, ​D-Orbit​, is also aiming to capitalize on the growing need for end of life decommissioning services for satellite operators. Based in Italy, D-Orbit created what it calls the ​D3 smart motor, which is installed on satellites pre-launch and can rapidly de-orbit satellites as needed or at the end of their lifespan. Preventative measures such as these, the company boasts, are a reasonable alternative to “end-of-life operations that are long, complex, and expensive.”

The company is also in the midst of its own space adventure. Its ​Ion Pulse Mission Roadmap​ details a multistep plan for deployment, in-orbit demonstrations, internal experiments and eventual decommissioning. While the Pulse mission precedes the ELSA-d mission, only time will tell which company will demonstrate a more sustainable system for decluttering orbital highways. 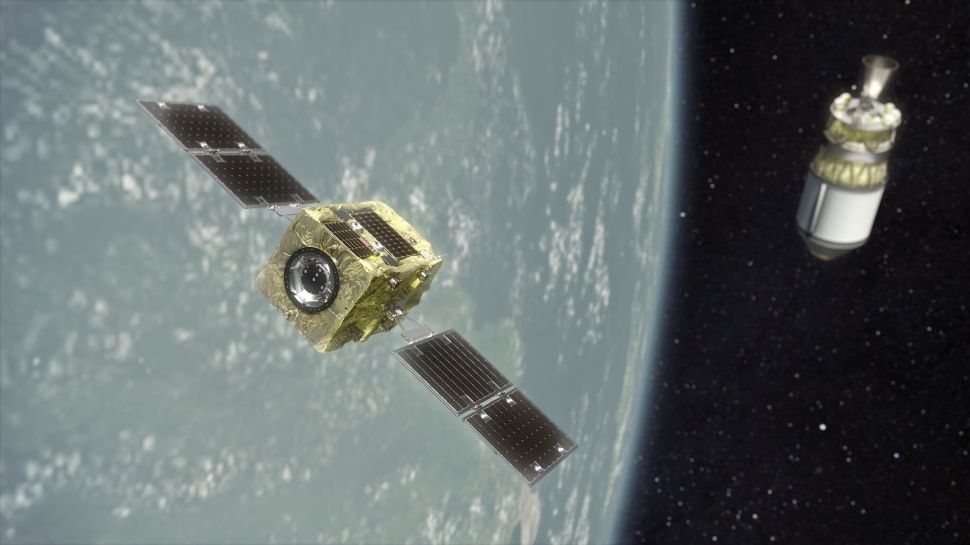