Late Monday night, SpaceX launched the 19th batch of 60 Starlink satellites into Earth’s orbit. But what went up did not successfully come down, as the rocket carrying the satellites failed to land on a SpaceX drone ship during recovery. It presumably fell into the ocean.

A workhorse Falcon 9 booster carrying 60 Starlink satellites lifted off from the Cape Canaveral Space Force Station in Florida at 10:59 p.m. EST. About nine minutes later, the rocket’s first stage returned to Earth aiming for the “Of Course I Still Love You” landing platform in the Atlantic Ocean. Camera footage from the drone ship suggested that the booster’s engines might have encountered an issue near the end of its landing burn, causing it to miss the target.

“It does look like we did not land our booster on ‘Of Course I Still Love You’ tonight,” said SpaceX’s manufacturing engineer Jessica Anderson during the launch event. “It is unfortunate that we did not recover this booster. But our second stage is still on a nominal trajectory.”

SpaceX has yet to say what exactly caused the landing mishap. A SpaceX follower on Twitter spotted three seagulls hanging out on the drone ship minutes before the expected rocket touchdown and asked whether SpaceX intentionally gave up the recovery to save the birds. The company hasn’t responded.

Elon, I saw seagulls on OCISLY just before B1059 was supposed to land.

Just asking…did you guys ditch a $30M booster to save 3 birds? 😉 pic.twitter.com/zHhCuomigk

The booster lost in the mission was B1059. The latest Starlink delivery was its sixth flight. Before that, the Falcon 9 had flown two Dragon cargo resupply missions to the International Space Station (in December 2019 and March 2020), a Starlink mission in June, an Earth-observing satellite mission for Argentina in August and a spy satellite mission for the U.S government in December.

It was SpaceX’s first Falcon 9 landing failure since the sixth Starlink mission in March 2020. Until Monday, the company had successfully recovered 24 Falcon 9 first stages in a row. If B1059 hadn’t missed the target, it would have marked SpaceX’s 75th successful rocket landing overall.

Monday’s mission brought the total number of Starlink satellites in orbit to 1081. Later this week, another Starlink flight is scheduled to lift off with a different Falcon 9 from the Kennedy Space Center as early as Wednesday. 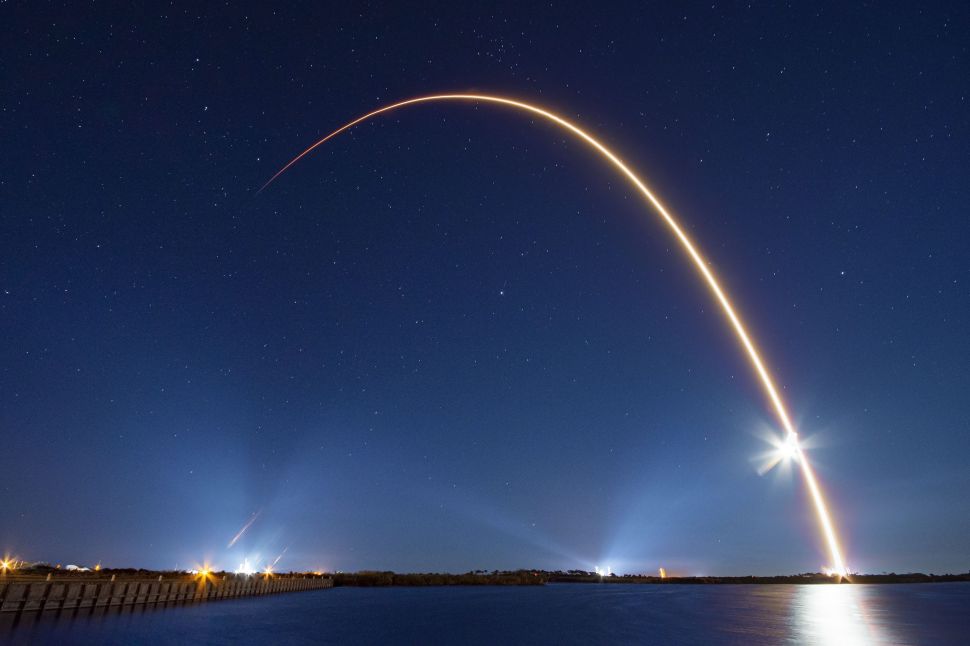