Not everyone is a football fan and that’s perfectly okay. But the beauty of the Super Bowl is that it offers all sorts of entertainment for a variety of different fans. For example, many of you out there without an iota of interest in the actual game may have been tuning in for the annual avalanche of new film and TV trailers. With the coronavirus pandemic still dampening the immediate future of the entertainment industry, this year’s Super Bowl wasn’t as chock full of blockbuster Hollywood action as usual, but still delivered the goods.

Here are all of the film and TV trailers and spots that debuted during the Super Bowl. Enjoy.

Where as NBC’s Hannibal prequel (still waiting on that revival!) focused on the dynamic between everyone’s favorite cannibal, Hannibal Lecter, and FBI profiler Will Graham, CBS’ new drama will follow Clarice Starling (Rebecca Breeds) after the events depicted in Silence of the Lambs. On paper, that sounds like a winning formula, especially for the procedural-proficient CBS. But, the show is not legally allowed to mention Hannibal Lecter, creating a potentially distracting blindspot. Yet showrunner Elizabeth Klaviter looks to be operating outside the norms of the network’s expected fare with a refreshing style. One way or another, Clarice is going to be one of the more interesting broadcast newcomers this season.

Eddie Murphy’s 1980s classic Coming to America has stood the test of a time as an undeniably hilarious early star-making turn for the comedic genius. That alone puts the pressure on this legacy sequel arriving 33 years later. Throw in the fact that Amazon acquired the film from Paramount for a whopping $125 million, and you have yourselves the makings of a very big deal. Fortunately, Coming 2 America appears up to the challenge.

Murphy, Arsenio Hall, James Earl Jones and Shari Headley return for the sequel, which finds King Akeem traveling back to Queens, New York, after discovering he has an illegitimate son in order to prepare him to be his heir. Jermaine Fowler, Leslie Jones, Wesley Snipes and Tracy Morgan join the fun this time around. Craig Brewer (Dolemite Is My Name) directs.

Raya and the Last Dragon revolves around Raya (Kelly Marie Tran), Disney Animation’s first Southeast Asian lead character. She journeys to find the last dragon (Awkwafina) to help prevent an ancient evil from descending upon her land of Kumandra. Similar to Mulan, Raya and the Last Dragon will open both in available theaters as well as on Disney+ Premier Access for a $30 purchase fee. Will customers want to shell out the required dough after getting Soul for free? Stay tuned for that and more juicy industry subplots to come.

As Marvel fans continue to piece together the engaging puzzle that is WandaVision, we must remember that Disney+ has more blockbuster MCU action on the horizon. Sebastian Stan and Anthony Mackie’s The Falcon on the Winter Soldier will add yet another chapter to Marvel’s post Endgame tale following the long hiatus forced by the pandemic. The series is clearly meant to resemble its big screen counterparts in action, scale and scope, which should have hungry Marvel fans watering at the mouth.

The Falcon and the Winter Soldier will see the return of Emily VanCamp’s Sharon Carter as well as Daniel Brühl’s Zemo. Don Cheadle also recently revealed that his character, James Rhodes/War Machine, will be popping up as well.

Universal’s Nobody is exactly what we need these days: a cheeky, action-packed, ass-kicking adventure with campy catharsis. Bob Odenkirk (Better Call Saul) stars as a seemingly every day suburban Dad who appears to chicken out and do nothing to prevent a home invasion one scary night. But as we soon find out, it’s not fear holding this man back as he is concealing a secret past as a badass assassin. Hell yes we want to see this movie, which is intended for an exclusive theatrical release.

Nobody is directed by Ilya Naishuller, who helmed the innovative Hardcore Henry, and written by Derek Kolstad, who is one of the writers behind the John Wick franchise.

Since 2019’s Glass, M. Night Shyamalan has been busy developing Servant for Apple TV+, which recently debuted its second season. But that’s not all the filmmaker has been up to. The Super Bowl delivered our first look at his upcoming picture Old with a disturbingly gripping TV spot. Sandcastle, the graphic novel that inspired Old, revolves around a group of people who find themselves unable to leave a strange and mysterious beach. The trailer effectively turns that premise into our collective new nightmare. Thanks, M. Night, it’s not like I wanted to sleep this week.

Shyamalan’s last three films have earned north of $625 million worldwide against a combined budget of just $34 million. Old looks to extend that impressive streak this summer.

Last week, ViacomCBS and MTV Entertainment Group announced that they have reached a new TV deal with Oscar and Golden Globe nominee Taylor Sherida, co-creator of cable’s top-performing show Yellowstone on the Paramount Network. Sheridan will create exclusive multi-platform content with MTV Entertainment Studios and 101 Studios under the multi-year pact which includes five cycles per year of scripted and procedural series.

First up in the deal is a Yellowstone prequel exclusively for ViacomCBS’ upcoming streaming rebrand Paramount+. Y: 1883 follows the Dutton family as they embark on a journey west through the Great Plains toward the last bastion of untamed America. It is a stark retelling of Western expansion, and an intense study of one family fleeing poverty to seek a better future in America’s promised land: Montana.

F9 is still technically set for a global theatrical release in May, but doubt is growing for most of the blockbusters hoping to arrive in the first half of 2021. Regardless, the ninth installment in the Fast & Furious saga is promising that “Justice Is Coming” in this latest entry. While Dwayne Johnson and Jason Statham will sadly not be present due to their involvement in spinoff Hobbs & Shaw, there’s still plenty of star-power to light up F9. (Please enjoy our totally batshit crazy yet completely awesome grand unifying Fast & Furious franchise plan).

In addition to our regular cast of adrenaline junkies, John Cena and Cardi B are joining the fun while Helen Mirren, Charlize Theron, and even Sung Kang (#JusticeForHan) are returning. F9 is angling for a global theatrical release. 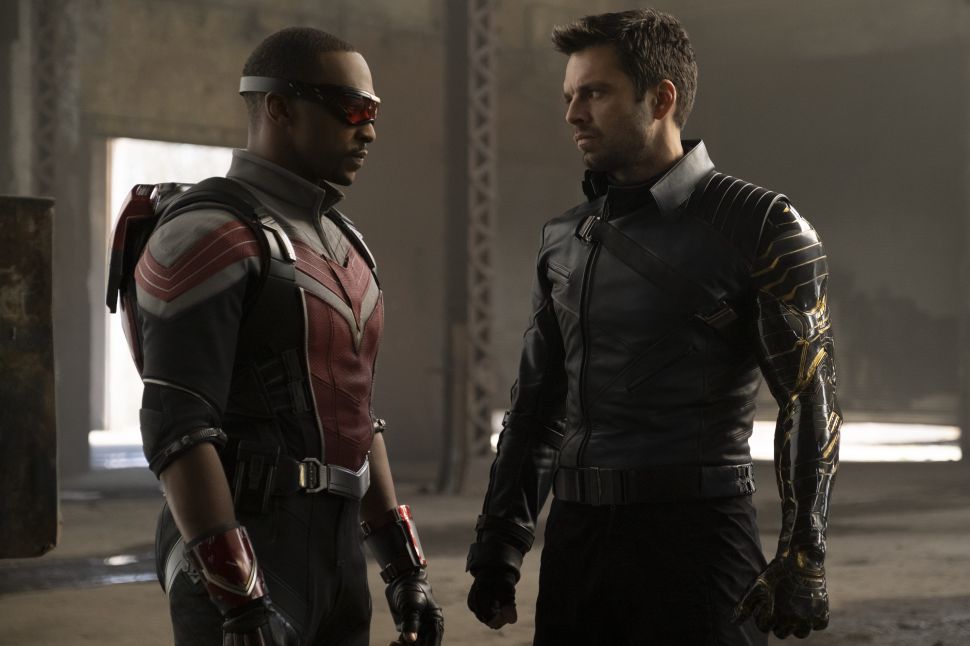