Tom Brady, the 43-year-old 21-year NFL veteran with a record six Super Bowl victories heading into Super Bowl LV, added yet another victim to his seemingly endless reign atop the NFL last night: the future. The ageless wonder who has miraculously out-dueled Father Time for years toppled the young phenom anointed as his successor and potential superior in Patrick Mahomes. Yes, the 25-year-old Mahomes is not only the current face of the NFL with an MVP award and a Super Bowl victory already under his belt in his young career, but the future of the league. Yet the arrival of his prospective dynasty will have to wait another year after the Tampa Bay Buccaneers controlled every frame of Sunday’s 31-9 victory over the Kansas City Chiefs.

Sunday night’s Super Bowl brought in 96.4 million viewers across all platforms, including the CBS Television Network, CBS Sports and NFL digital properties, per the network. This is the big game’s smallest audience since 2007. We can glean some additional insight by zooming out and reviewing the last decade. Total viewership, which includes streaming, paints a comprehensive picture of the past 10 Super Bowls (numbers courtesy of Spots Media Watch):

Strictly on TV, CBS Sports averaged 91.629 million viewers for its broadcast of Bucs vs. Chiefs in Super Bowl 55 on Sunday.

That would be the lowest TV viewership in 15 tears for the Big Game (90.75 million for Steelers vs Seahawks in 2006).

Tom Brady’s continued excellence comes at a particularly precarious time for the NFL. The league’s broadcast contract with the Disney-owned ESPN for Monday Night Football expires this offseason while its remaining TV and streaming agreements run through the 2022 season. At the moment, the NFL is reportedly hoping to renegotiate its broadcast deals for $100 billion over 10 years. But they’re doing so in an increasingly fragmented small screen ecosystem.

The NFL claimed 69 of the 100 most-watched TV broadcasts of 2020, remaining a national fan favorite TV past time. As we can see above, last year’s Super Bowl also drew the second-most overall viewers in the last 10 years. However, linear TV ratings still fell around 7% compared to the 2019 season, following a two-year improvement. Costs are rising while traditional TV audiences continue to decay; more than 15 million American households have cut the cord in the last three years. This puts linear networks with thinning margins between a rock and a hard place when it comes to re-upping the ultra expensive NFL TV rights. Viewership appears to be heading on a downward trajectory, yet prices are going up.

Yet the advertising revenue generated by the networks that host NFL games isn’t exactly a continuous gold mine, according to iSpot.

Last year, the Super Bowl generated a record $449 million in in-game ad revenue. This year, the price of a 30-second Super Bowl ad fell year-over-year for the first time in the last decade. In the NFL’s current renegotiations, Disney’s ABC is expected to be added to the annual Super Bowl rotation with NBC, Fox, and CBS. That means we’re potentially looking at a scenario in which the Super Bowl, as well as NFL regular season TV broadcasts, are spread out among a greater number of networks while its linear audience shrinks and ad revenue continues to fluctuate. Some of this is related to the pandemic, of course, but tracking the longer-term linear TV trends suggests more concrete consumer behavior.

The NFL is angling for a new 10-year contract—after that, the media landscape could conceivably be unrecognizable from its current form. Could streaming platforms take on a more prominent position with the NFL in the not-so-distant future? Perhaps. CBS All Access already enjoys annual swells with the return of football. Amazon, ESPN+, NBC’s Peacock and DAZN have all shown interest in out-of-market NFL Sunday Ticket, which DirecTV ($1.5 billion) is not expected to renew this offseason. But for now, the NFL exists as one the last remaining high-profile draws for broadcast networks amid a transition away from traditional TV. That leaves them little choice but to pony up and play ball, despite the shrinking upside.

Tom Brady may be immortal, but we’re unsure if the status quo will boast the same longevity in a new era of entertainment possibilities. 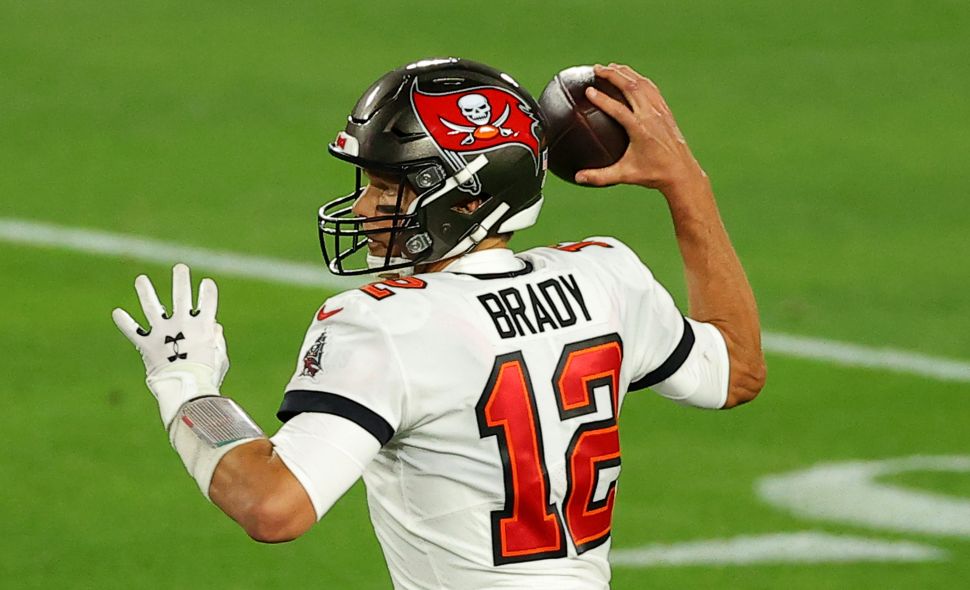