It was in early 2013 when director and screenwriter Erin Vassilopoulos found herself brainstorming ideas for a short film assignment in her second year at New York University. Growing up in suburban Minnesota, Vassilopoulos developed a unique fascination with horror and thriller films as a young adult, and she was keen on incorporating a lot of the same tones and themes in a striking 1980s period piece.

“Two of my best friends growing up were fraternal twin sisters, and I was always fascinated by their relationship and maybe wished that I had a twin myself,” Vassilopoulos tells Observer over the phone with a laugh. “I thought it was really interesting to have this person that you’re closer to than anybody. I saw the power but also sometimes the friction that that relationship produced.

“I was in the elevator one day and these two identical twin sisters got in. I feel like the visual of the twins was so strong and striking that it kind of synced up with memories of my friends, and I thought, What an interesting relationship to explore in a short film.”

After writing and developing the script for a project called Superior in her screenwriting class, Vassilopoulos says that she was faced with a very tall order: the search for identical twin sisters that also acted in the New York area. Fortunately, her open casting call introduced her to Alessandra and Ani Mesa, Cuban-American twin sisters who were also studying acting at NYU.

“We met for coffee and I just thought they were great,” Vassilopoulos recalls. “We talked a lot about movies and we got to do a couple of filmed directing exercises and practice tests before we shot the short in upstate New York, in a city called Hornell.”

After the short film’s successful debut at the 2015 Sundance Film Festival, Vassilopoulos and the Mesa sisters have returned to Park City (albeit virtually) in a new collaboration that is a continuation of the short with the same name.

Co-written by Vassilopoulos and Alessandra Mesa, the 99-minute sequel follows the contrasting journeys of Marian (Alessandra), a nomadic musician who is on the run from her abusive husband (Pico Alexander), and Vivian (Ani), a stay-at-home housewife who is struggling to conceive. When Marian returns to her hometown to hide out with Vivian, the estranged identical twin sisters must learn to reconnect and reconcile. But when Marian’s mysterious past catches up with her, their separate worlds begin to collide, putting both sisters in grave danger.

Following the world premiere of Superior, which also marks her feature-directing debut, Vassilopoulos spoke exclusively with Observer about the evolution of her most notable project, the decision to shoot the feature on 16mm film, and the challenges of recreating the 1980s in a way that also feels timeless.

Observer: What made you want to revisit this world a few years later? How and why did you decide to collaborate with Alessandra to write this sequel?

Erin Vassilopoulos: It honestly came about very organically; it definitely wasn’t premeditated. None of us planned on a sequel or a continuation to the short after we made it. But over time, we all kept in touch and we were all in New York. I was still close with the DP who shot the short, Mia Cioffi Henry, and ultimately, I think it came down to wanting to work together again.

Alessandra and I just got together one night to talk about writing something together and it totally snowballed. Even that night, we started outlining the feature. It became very apparent very quickly that we were really excited about the world and the characters that we had created in the short. We just loved the idea of revisiting that in a longer form.

I think the biggest through-line between the short and the feature is the twinning sisters, Marian and Vivian. The feature continues their story and the themes [that] I was exploring in the short. The short already had a mix of genres, but not as many of the thriller moments as the feature had. So, I would say one of the big things that [was] added to the feature, in addition to the through line of the sisters reconnecting, was this more thriller-esque through-line of Marian returning home to hide out. It sort of allowed us to lean into the horror vibe from the short.

This film is really a drama-thriller hybrid. You have the fear and tension of a woman on the run and the drama of identical twin sisters reuniting for the first time in years. How were you able to navigate those subtle changes in tone to keep the dark, brooding suspense of the piece?

That was a challenge, for sure. I think we did it fairly well in the script. One of the most fun parts of this story was that we had these two really interesting but very different through-lines. We kind of interwove them and they cross towards the end of the movie.

A lot of figuring out the right balance came in the edit. There were also some comedic elements, I hope, like the ice cream shop and the manager. (Laughs.) A lot of the edit had to do with balancing the tone, and I remember that when I set down with our co-editor, Jenn [Ruff], that was something that she felt really strong about. She was like, “The movie is kind of a spell, and once people are in, we can’t break that.”

The use of 16mm film really gives this production a very soft texture but also allows the colors to really pop. Did you always know that you were going to use that shooting style?

We knew that we wanted to shoot on film, for sure, because we had shot the short on 16mm. We’re really trying to continue that aesthetic and that world. We did do some tests with the 35[mm] leading up to the shoot, but I think because of the period and some of the locations that I had found, I felt like 16 was the right choice for this movie. In some ways, it’s polished but I hope it also feels a little gritty and a little lo-fi, which is the feel that I wanted the movie to have. There’s so much color in the movie, and it was very important to me to shoot on film because I just feel like the way color is captured on film is unparalleled.

While this film is set in the 1980s, it still has a really timeless feel. How did you go about finding those locations?

Location scouting, I knew, would be a big part of creating this cohesive world in the movie and also be able to pull off the ’80s without a huge budget. I knew we wouldn’t be able to go in and completely makeover spaces, so even pretty early on in the writing process, I started driving upstate to look for locations. As we were starting to look for locations, we sort of wrote that into the script. The house, especially, took a while to find. I remember when I walked in, it felt like it was very different from the short but it gave me the exact same feel. It was already quite strange. (Laughs.) The colors were quite different, but they already had a lot of character and it felt like a perfect setting.

“The movie is kind of a spell, and once people are in, we can’t break that.” -editor Jenn Ruff, to Vassilopoulos

When did you shoot this feature?

In some ways, the shoot came together very quickly. Alessandra and I finished the [script] in the spring of 2019, and I was super lucky to meet our lead producer, Benjamin [Cohen], shortly after that. We were able to shoot later that year, which was really quick. But by the time everything was up and running, it was already getting to be late October. There was a moment when we were looking at the calendar and, knowing that we were going to be shooting into the winter, we did talk about the possibility of pushing to spring and adapting the script for a different time.

But I was really adamant and I wanted the movie to be set around Halloween. I felt like we had enough pieces that we just had to go for it. We decided to just embrace the cold and the snow. (Laughs.) It was definitely difficult [with] the exterior scenes for the actors, especially given the costumes and that we were still trying to make it feel like October. I grew up in Minnesota and there were multiple times when we had blizzards on Halloween, so some of it felt kind of normal to me [like] eating ice cream in the snow.

What was the process of getting this film to Sundance and what was your reaction when you found out that it had been selected for a major competitive category?

I think, like most filmmakers in the U.S., that was always our goal before we even shot the feature. The goal was to get it into Sundance, but knowing how competitive the festival is, we were just so thrilled and shocked when we got the call. It’s a dream come true, and I was so excited to share the news with our cast and crew. So much work went into this and it’s really the best feeling to share it at a festival like Sundance.

The premise and ending of this film are definitely unique, but what is the biggest thing that you want people to take away from this film?

I want people to take away something different depending on who they are and where they’re coming from. I guess it is a very visually driven film, and I love films that take you to a different place and explore a really unique world. I hope people feel that watching the movie and that it sort of lingers on afterwards. The goal was to create a movie that had a few different tones—some thriller, some drama, some comedy—so hopefully, everyone connects with those elements in a different way.

Superior premiered at the 2021 Sundance Film Festival on January 30. 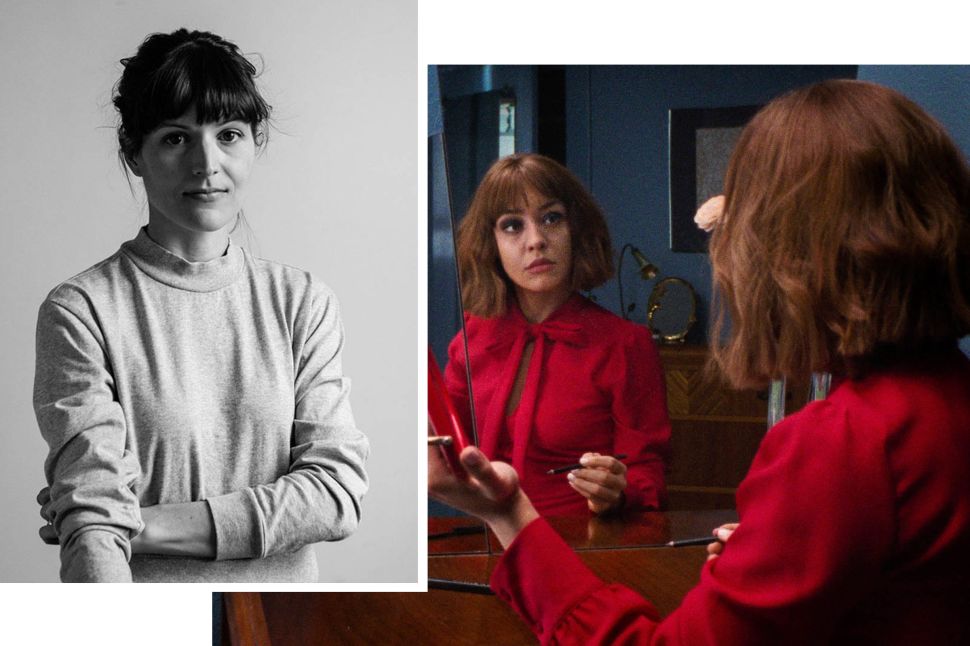