Mohamedou Ould Slahi’s real-life story, as depicted in his best-selling memoir Guantánamo Diary, seems like the obvious stuff of cinema. The Mauritanian native was captured by the U.S. government following the events of 9/11 and imprisoned without trial at Guantanamo Bay for 14 years, where he was tortured and forced to write a confession. But when director Kevin Macdonald, the Oscar-winning filmmaker behind One Day in September and The Last King of Scotland, was sent a script based on Slahi’s memoir a few years ago he wasn’t quite sure how it would translate to the screen.

“It was not an easy yes,” Macdonald tells Observer of agreeing to helm The Mauritanian. “I read the book first and I thought, This is an incredible document and testament of somebody who’s been inside Guantanamo. But I couldn’t see how it was a movie. I couldn’t see the personal hook. And then the producer said to me, ‘Talk to Mohamedou.’ I got on Skype with Mohamedou and it was that conversation that convinced me.”

Slahi was not the person Macdonald expected.

“Instead of this angry, anti-Western person, which is what I thought I would get, I got a guy who was incredibly warm, incredibly intelligent, spoke English like an 18-year-old American marine and who made me laugh. I met this guy and he was extraordinary and so charismatic and I wanted to make a movie about him.”

Macdonald immediately thought of French actor Tahar Rahim, whom he’d worked with on 2011’s The Eagle, for the role of Mohamedou. Rahim, who is of Algerian descent, has been acting in France for years and recently moved into English-language projects like Hulu’s The Looming Tower and Netflix’s upcoming series The Serpent.

“By the time I got this script I knew it was him,” Macdonald notes. “He’s charismatic and warm, like the real Mohamedou.”

“Mohamedou was the first audience member I wanted to please.” –Tahar Rahim

“I was nervous to not be able to portray him properly, but I was not scared by the challenges because that’s what I seek,” says Rahim, who was offered the role two and a half years ago. “I seek challenges so I don’t get bored by myself. It scares me and usually it’s a good way to go beyond my limits. I like to explore. I want to go as far as possible from my real personality and pick characters who are really distant from my true nature.”

The film follows Mohamedou as he’s imprisoned in GTMO, without being officially charged by the U.S. government, and depicts his relationship with lawyers Nancy Hollander (Jodie Foster) and Teri Duncan (Shailene Woodley), who work tirelessly to defend him against military prosecutor Lieutenant Colonel Stuart Couch (Benedict Cumberbatch, also a producer on the film). All of the real people were heavily involved in the film’s development and production, even visiting the set in Cape Town during shooting.

“They were all enthusiastic for it to happen because they all felt like this was important,” explains Macdonald. “Obviously for Mohamedou this was his life and he really wants people to know what happened in there. I felt really that was so important about this was not the politics — for me it’s not a political film — but what was important was to put a Muslim actor at the center of movie and have him to be sympathetic. That hasn’t really been done and that’s amazing in this day and age in America that I can’t think of another movie that is like that. I wanted a fully humanized character who is a victim of the war on terror from the other side. This was a life-changing event for all of [the people involved]. They all had a reason to want to tell this story.”

The first time Rahim spoke with Slahi was over video chat, and the actor was struck by Slahi’s evident humanity, despite enduring years of unfair imprisonment, including weeks of torture.

“The sexual molestation, the threats to his mother, the fake drownings — that’s all documented not just in his book but in documents that have been released by the Freedom of Information Act.” –Kevin Macdonald

“I was very surprised to see someone so full of life after what happened to him,” Rahim says. “It was almost unbelievable. It was great to be able to observe him and to know him better. I didn’t want to mimic him 100 percent, but to catch his spirit.”

He adds, “When you have to play Michael Jordan or Elvis Presley they’re icons and you know them. They’re stars so you have to mimic them. There’s no other way. When it comes to someone who’s not famous you have some freedom that sometimes can help you to take some space and try to convey some different feelings that fit more with the script. In this way, it might be more interesting.”

Rahim, who was recently nominated for best actor in a dramatic motion picture by the Golden Globes for his work in the film, had to speak four languages for the role and went on a “drastic” diet to match the physicality of being interrogated in GTMO. The intense torture scenes were shot toward the end of production and lasted four or five days. Rahim insisted on making them as real as possible, which likely adds to how brutal the torture feels in the final film.

“Mohamedou was the first audience member I wanted to please,” Rahim recalls. “So the only way to make it was to get as close as possible to the real conditions without putting myself in danger. I wanted to experience it properly. I asked the props [team] to bring me real shackles. I wanted the cell as cold as possible. And it was not enough so I asked them to spray me with so I would feel the cold. I got waterboarded, force fed — I lived the experience. When you do this your emotions are totally different. They drag you to some emotional states you never expected before. It’s not the usual way of prepping a part where you open a drawer, pull out an emotion and sell it as real. This time I didn’t want to sell anything. I wanted my director, Mohamedou and the audience to get authentic emotions and feelings.”

Macdonald, who requested to visit Guantanamo Bay ahead of shooting and was denied, wanted to create a careful balance with the moments of torture. He didn’t want to depict anything too violently, but needed the audience to understand why someone would confess to something they didn’t do.

“Everything you see in there, the sexual molestation, the threats to his mother, the fake drownings — that’s all documented not just in his book but in documents that have been released by the Freedom of Information Act with the U.S. government,” Macdonald explains. “The technique I tried to use was to be as subjective as possible. To be with Mohamedou inside his head. We see very little violence — there’s probably more violence in your average Marvel movie. There’s a few punches and kicks and there’s a moment where you see his face being waterboarded, but for the most part it’s psychological. You’re hearing things that are being said to him. You’re put in a position where you understand he’s losing his mind and reality is falling apart. That’s really disturbing to view.”

Rahim, who says Slahi is “very happy” with the film, sees The Mauritanian as essential not just because it showcases a great injustice done by the government but also because it underscores the importance of upholding the rule of law. He views it as a message of hope, reminding viewers that mistreatment doesn’t have to result in hate.

“I was really amazed and touched by Mohamedou’s philosophy,” Rahim says. “Being able to forgive people who did such bad things to you is amazing. I asked him about it. He said, ‘I was angry at some points and what I came to realize is that to forgive people is a treat to yourself. That you can free your mind from so many things and I started to feel better.’ He added, ‘When you do this, when you don’t hold a grudge against anybody, you might have the power to change people’s mind.’ Which is amazing.”

He adds, laughing, “I’m trying to do the same, but I’m not Mohamedou.”

The Mauritanian premieres in theaters February 12. 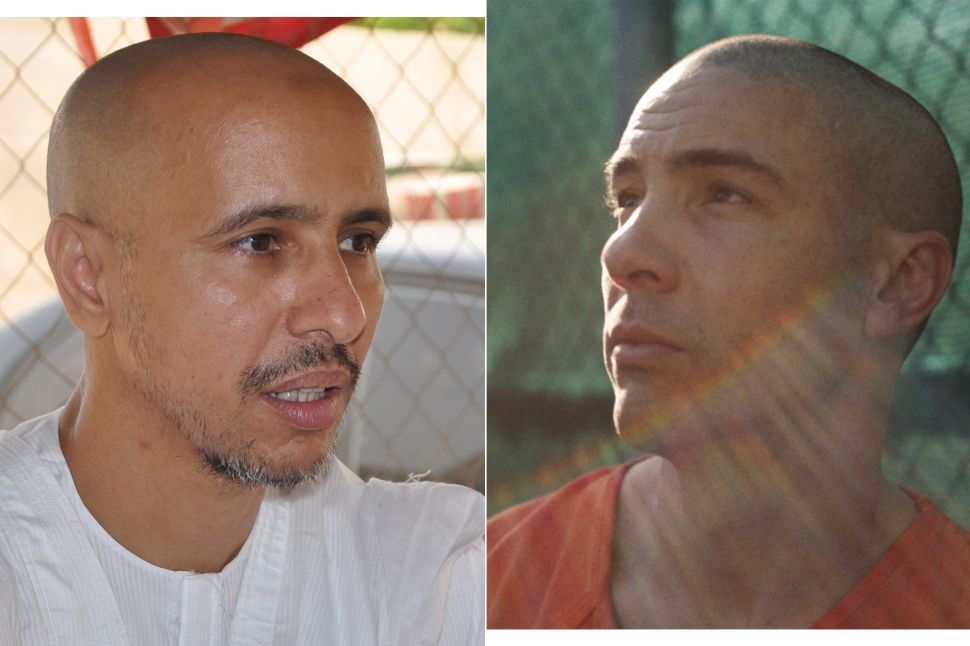