NASA has released the hotly-anticipated video footage captured during the Perseverance Mars rover’s landing on the Red Planet last week.

Perseverance, the largest extraterrestrial rover NASA has ever built, safely landed in the Jezero Crater of Mars on Thursday. The rover was equipped with six sophisticated cameras and two microphones designed to record sound from another planet for the first time.

The three-minute video unveiled on Monday afternoon includes footage taken by cameras on a descent stage, called “Skycrane,” and the rover itself. One camera on the descent stage facing the sky captured a perfect parachute opening right after Perseverance entered Mars’ atmosphere. Another camera facing down captured how the rover was lowered by the descent stage’s cables. And as it neared touchdown, the viewfinder fogged up as the rover’s landing force blew surface dusts into the air.

NASA also released two audio files recorded by the microphones on Perseverance after it landed.

Now that you’ve seen Mars, hear it. Grab some headphones and listen to the first sounds captured by one of my microphones. 🎧https://t.co/JswvAWC2IP#CountdownToMars

The video and audio made public were among the 30 gigabytes of data and over 23,000 images obtained by NASA’s Jet Propulsion Laboratory in California.

Over the weekend, the Perseverance rover sent back a number of photos of never-before-seen view of what it looked like to land on Mars, including a picture of the rover’s top taken by a camera aboard the descent platform shortly before its touchdown, closeups of Mars’ surface and one of Perseverance’s six wheels taken by cameras on the rover’s body, and a rare bird’s-eye view snapped by the Mars Reconnaissance Orbiter of the moment when Perseverance’s parachute opened. 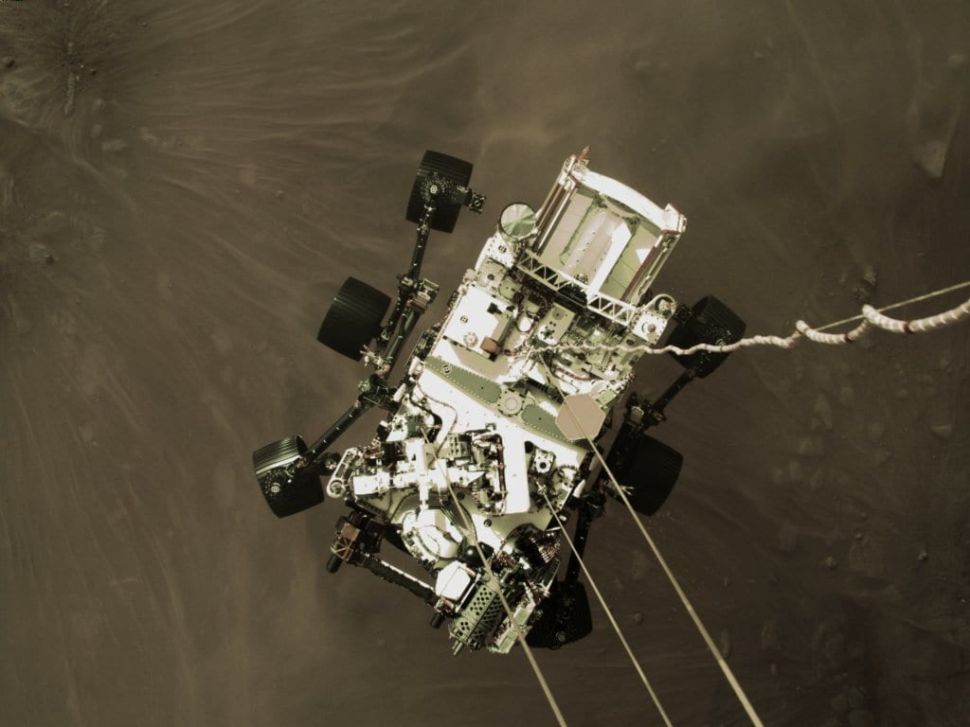