Volkswagen Group is the world’s second-largest automaker by number of vehicles sold every year. Yet, by the measure of market cap, the German auto giant is worth only $90 billion euros ($109 billion), less than one-seventh of the world’s most valuable carmaker, Tesla, despite selling 16 times more cars than the Elon Musk-led company in 2020.

To reconcile the growing gap between sales and market valuation, Volkswagen CEO Herbert Diess is considering spinning off the group’s most profitable brand, Porsche, as a public company as soon as next year, people familiar with the matter told Bloomberg.

Volkswagen hasn’t confirmed the plan. But in an interview last month, Diess expressed his frustration with Volkswagen’s sluggish valuation and the resulting lack of capital to pursue large projects, such as an organization-wide shift to electric vehicles.

“We haven’t sufficiently proved yet that we can hold our ground in the new competitive environment. Our valuation is still located in ‘old auto,'” Diess told Bloomberg News. “This leads to a grave disadvantage for us in terms of access to required resources.”

When Diess took the helm of Volkswagen in 2018, he promised shareholders to grow the carmaker’s valuation to 200 billion euros ($242 billion) by the end of 2019 and level with the likes of Apple and Amazon in the long term.

“Despite all efforts, we’re currently in a rather more difficult situation than in 2018, when I took office,” he said last month.

Porsche is the flagship brand in Volkswagen’s electrification effort, making it a perfect target for an IPO market hyped up by a slew of EV startups in recent years. In September 2019, Volkswagen debuted Porsche Taycan, a $100,000 electric sports sedan, which has won raving reviews from high-end EV customers, including Bill Gates.

Spinning off luxury car brands as individual companies is an proven strategy for large automobile conglomerates. In 2015, Stellantis, formerly Fiat Chrysler, listed Ferrari on the New York Stock Exchange in a $10 billion IPO. Ferrari’s market cap has nearly quadrupled since then.

Bloomberg Intelligence analyst Michael Dean estimates that Porsche alone could be valued at as much as 110 billion euros ($133 billion), more than Volkswagen’s current market worth, should there be an IPO. Volkswagen Group owns 11 auto brands in total. Aside from the mass-market Volkswagen line, the group is also the parent company to Audi, SEAT, ŠKODA, Bentley, Bugatti, Lamborghini, Porsche, Ducati, Scania and MAN.

“A Volkswagen IPO of its Porsche brand would be a bold solution to generating much-needed shareholder value,” Dean wrote in a note to investors on Thursday, adding that Porsche’s plan to go 100 percent electric (except for the 911 model) by 2030 could “attract Tesla-like multiples while generating a Ferrari-like EBITA margin.”

Volkswagen and Porsche have a complicated past. Porsche’s founder, Ferdinand Porsche, designed the original VW Beetle. His descendants owned a controlling stake in Porsche, and his grandson, Ferdinand Piëch, became the chairman of Volkswagen in 1993.

If Porsche ends up taking the IPO route and hits a valuation of $133 billion like analysts predict, it would represent a ten-fold return for Volkswagen’s investment in the sports-carmaker. 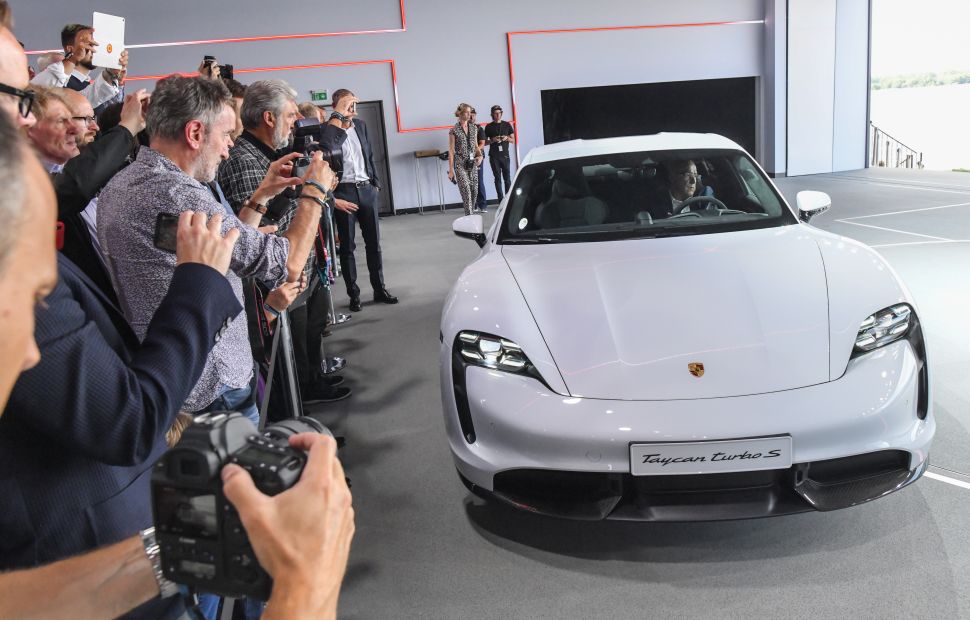