If Captain America: The Winter Soldier was meant to be a political thriller that harkened back to the cinema of the 1970s and Ant-Man was designed as a modern heist caper, than what kind of story is Marvel attempting to Trojan horse into Disney+’s WandaVision? An experimental and deliberately obtuse sitcom amalgamation that whirrs through decades of television history—while simultaneously telling a parallel, Agents of SHIELD-esque Marvel tale—resists simple classification.

In many ways, that has enhanced the show’s charm. But Episode 8, “Previously On,” offers our best insight yet into what WandaVision wants to say to its audience and who, exactly, that message might be for.

Spoilers follow for “Previously On,” the latest episode of WandaVision.

“Previously On” sees Agatha (Kathryn Hahn) shepherd Wanda through a journey of her own mind’s “real re-runs,” the painful memories and trauma that shaped her and the truth as to how she arrived in Westview and created this alternate reality. It’s the type of slow burn character development and origin story reveal that is best suited for the long-form narrative of television. In Marvel’s blockbuster team-up films overflowing with A-list stars and characters, Elizabeth Olsen’s Wanda Maximoff is rarely the primary focus. Here, on WandaVision, she takes the center stage her character was always capable of owning.

Beyond the mystery of the Hex and the introduction of new superheroes and villains, WandaVision has always been about the difficulties of coping and how confronting the pain and accepting it as part of yourself is worth the struggle.

“You’d rather fall apart than face your own truth,” Agatha tells Wanda in Episode 8. At every turn, Wanda has manipulated both her loved ones and the reality surrounding them in order to run away from the truth of her pain. She created Westview out of the grief of losing the only true bond she had left in Vision following the deaths of her brother Pietro and her parents. Wanda’s life has been defined by loss, characterized by being abandoned in this plane of existence by everyone she ever held dear. Retreating into that grief and the sitcoms that gave her comfort in childhood, she cocooned herself from an empty reality to one more fitting of the life she’s always deserved. Have we not all felt like doing the same in one form or another? Is the crushing weight of pain’s isolation not the most human feeling of all?

WandaVision isn’t about superheroes, Infinity Stones or even sitcoms. It’s about running toward your pain, not away.

Of course, the manifestation of this pain has not been accessible to everyone. “The only way forward is back,” Agatha tells Wanda as she delves deep into our heroine’s troubled past. Again, acknowledging the moments that molded us and learning, however difficult, to embrace them rather than reject them is the only path toward progress. It’s what Wanda’s arc has been building toward all season. But Agatha easily could have also been speaking for WandaVision itself. The way she (finally) gives Wanda her superhero name “the Scarlet Witch” doesn’t land nearly as effectively as the episode’s handling of painful backstory.

As we’ve previously explored, the Marvel series has largely delighted existing MCU fans as it turned inward, relying on intimate knowledge of this universe that rewards the most committed viewers among us, while coming across as impenetrable to casual audiences. With its subtle avant garde–lite styling early on, we can hardly blame anyone who felt lost in this starkly singular entry in the tightly woven MCU. Yet even if WandaVision’s intentional oddities turned you off, its message about healing is universal.

“What is grief if not love persevering?” Vision (Paul Bettany) asks Wanda. In the direct aftermath of loss and pain, it’s nearly impossible to feel anything but anger, sadness, confusion, and hopelessness. It is the soul’s way of reminding you what’s truly important in this world. But a select few among us with the purity of a kind-hearted synthezoid can reframe that pain into something beautiful. There is no social utility in loving someone who has died, no logical or instinctual purpose it serves as a species.

And yet, we cant help but do it anyway. Vision may be the robot, but it is humans who are are wired to form attachments with one another. If we can eventually see grief as love persevering even in physical absence, we can burrow our way out of despair. We can find the silver-lining, no matter how meager it may seem, and we can begin to heal.

WandaVision isn’t about superheroes, Infinity Stones or even sitcoms. It’s about running toward your pain, not away, no matter how terrifying and debilitating it may be. It’s about the struggle to be human in an unjust world that takes what we hold most dear. And it’s about moving forward from the traumas that mold us because, ultimately, it’s up to us to not let them define us. The Hex isn’t Wanda’s big heel turn nor is it the dastardly machination of a mustache-twirling villain, no matter how explosive the final battle with White Vision may end up being. It’s a cry for help and the single-most authentic character development the Marvel Cinematic Universe may have ever delivered. 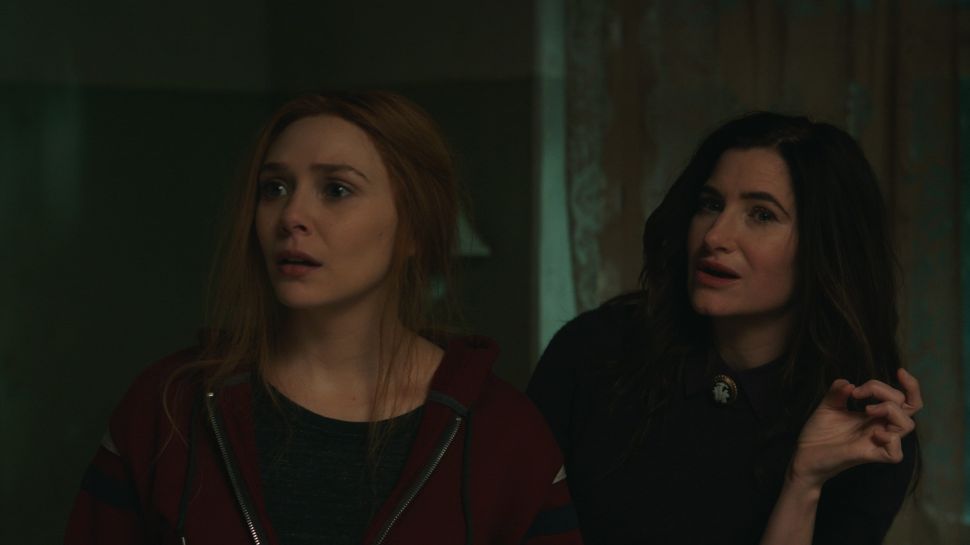