In our previous weekly WandaVision recaps, we repeatedly questioned not only the nature of Wanda and Vision’s nosy neighbor Agnes (Kathryn Hahn), but if there was still a Big Bad at play to be revealed beyond Wanda’s own villainy. As it turns out, it was Agnes all along, according to one of the show’s catchier tunes. But before we dive into today’s major reveal, let’s recount the major beats leading up to it.

Taking its cues from the aughts, “Breaking the Fourth Wall” is an excellent blend of Modern Family and The Office with straight-to-camera confessionals and, well, an awareness of the fourth wall. Wanda wakes in her bedroom fighting a nasty hangover, though it isn’t a hard night of booze that’s done her in. It’s the effort it took to expand Westview’s boundaries last week and increase the size of her Hex. Personally, the former sounds a lot more fun.

This week’s opening credits note that “WandaVision” was “created by Wanda Maximoff” (she’s going to make a killing off of syndication and future streaming broadcast rights) while Vision awakens exactly where he lay during his near-death experience this week. Immediately, Wanda’s world of Westview is beset by glitches; the twins’ video game system keeps cycling through different eras (Nintendo Wii, N64, Atari, Uno cards). The Westview Almond Milk (the only beverage shown in the fridge that doesn’t belong to a real company) transforms into different era-specific milk cartons, including one with a Missing label featuring a young boy (how did Wanda populate Westview with kids during last week’s Halloween episode?).

Billy complains about the voices in his head (classic sorcerer), Tommy wants to know where his Dad is and all Wanda wants to do is take a day for herself. “I’m starting to believe that everything is meaningless,” she tells her 11-year-old children. You know, parenting. But, as always, Agnes shows off suspiciously impeccable timing as she pops by and offers to watch the boys. It’s at this point that every single viewer screamed “DON’T DO IT, WANDA” at their TVs, laptops, iPads, etc. Alas, we weren’t able to break the fourth wall from the other side.

During one of her confessionals, Wanda says of the glitches “I don’t understand what’s happening. Why it’s all falling apart and why I can’t fix it.” The off-screen interviewer responds, “Do you think maybe it’s what you deserve?” Hmm, that’s not supposed to happen.

Outside the Hex, Monica Rambeau and Jimmy Woo are attempting to out-fox the evil acting SWORD director with their own plan to use a space rover to infiltrate the Hex. For all of our theories about the identity of the aerospace engineer Monica mentioned weeks ago (Reed Richards? Rhodey?), it turns out to be a Major Goodner, who we’ve never seen in the MCU. Sometimes, us overeager fans over think the small stuff. It happens, no worries.

Billy says he likes it at Agnes’ place because she’s “quiet…on the inside.” Red Flag #367 that Agnes is up to some shenanigans. Elsewhere, Vision brings Darcy’s true identity to the forefront so they can team up and fix this whole mess. Unfortunately, Wanda is subconsciously creating impediments to keep them away from home, which at least gives Darcy time to fill in Vision’s missing backstory. Learning your wife killed you to save the universe only for a purple asshole to bring you back to life and kill you again in front of your wife isn’t exactly a pleasant revelation. At least Vision gets to do his best Jim Halpert impression in this episode (which he nails).

Back outside the Hex, the rover completely fails to break into Westview and Monica must escape before she’s swallowed whole. It appears as if she uses a bit of super strength though it’s such a quick moment that we can’t tell for sure. Yet our suspicions are confirmed moments later when she pushes through the boundaries herself—no rover required. This sequence sees her very being warped across several planes that include the disembodied voices of her past. It’s a nifty little scene with shades of Stargate, 2001: A Space Odyssey and Contact. When she finally breaks through the other side, her eyes are glowing blue. I believe we’ve just officially been introduced to Photon.

Back at home, Wanda is downing a handful of the antidepressants advertised in this week’s fake commercial—Nexus, which are also important beings in Marvel comics that prop up their own realities. I believe this is also the first time WandaVision has showcased an advertised product within Westview outside of the commercials. Monica attempts to reason with Wanda and for a split second, it looks as if she might succeed. But that wily Agnes breaks it up and brings Wanda over to her dungy place. Despite half eaten sandwiches and cartoons on TV, there’s no sign of Tommy and Billy. Dun dun dunnnnnn.

Agnes prods Wanda to check out the basement (Red Flag #368), which looks like it was ripped straight from the house of Merlin’s black sheep brother. It skews closer to a dark and dank dungeon complete with a glowing book that is practically screaming EVIL MACGUFFIN. At this point, Agnes confirms long-running fan theories that she is indeed Agatha Harkness, a Marvel comics character who was a witch that survived the Salem witch trials. (In the comics, she actually comes to mentor Wanda, but it looks like they’re going full evil here).

A wonderful new tune plays that reveals Agatha behind all of the major goings on, including the arrival of Pietro, the mishaps at the magic show, manipulating town residents, faking her interaction with Vision last week, intervening in Wanda’s confessional and even killing the family dog. (Side Note: Pretty cool that Episode 7 introduces both a new hero and a new villain.)

To round it all out, we get a mid-credits scene (classic Marvel). Monica unearths the creepy basement, but Pietro pops up out of nowhere (superspeed). “Snoopers gonna snoop, huh?” 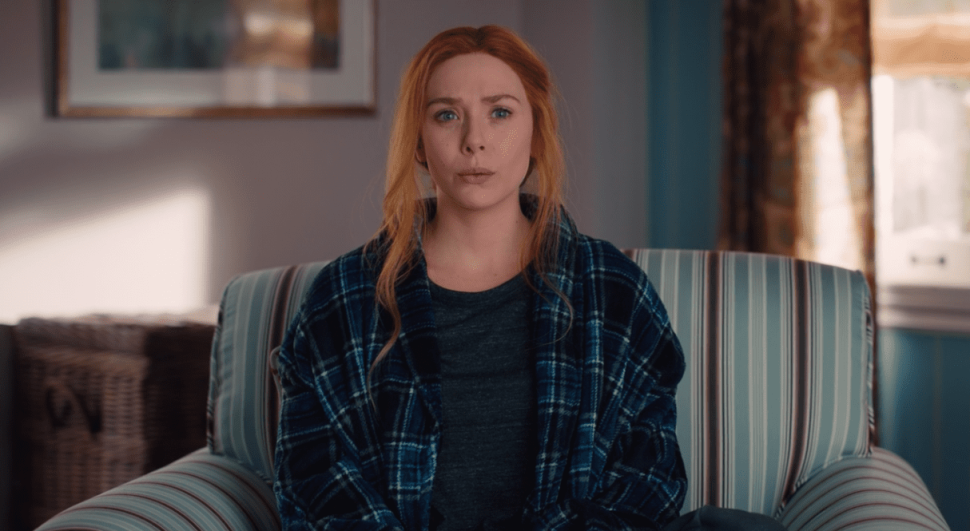