There is no denying that the Marvel Cinematic Universe is one of the boldest and biggest experiments in cinema history. An unprecedented universe of interconnected stories, overarching plots, and characters popping in and out as needed, bringing the feeling of reading a comic book to life. But just like comics, things get lost along the way. Characters are tossed aside to give space for new and bigger characters, and some stories that feel monumental are left as background information to be filled on a fan wiki. After 23 movies, WandaVision is taking advantage of the TV medium to tell the kind of stories the MCU hasn’t been able to, in a way the movies haven’t been able to.

Wanda’s introduction in Age of Ultron gave her a unique place at the center of the entire MCU. Together with her brother Pietro, they are refugees of a war-torn nation who almost died because of the actions of Tony Stark, and they got powers because of Hydra experiments that connect her to Captain America. In the film, Wanda goes from helping Ultron fight the heroes to helping create Vision to fight Ultron. She is as vital to the plot of that film as Tony Stark is, but the film is so preoccupied with delivering more four-quadrant, wisecracking Avengers brawls that Wanda’s arc feels glossed over despite being so important to the story. The next time we see her in Civil War, she makes one mistake during a mission and is put on house arrest for most of the film with Vision guarding her — even if all the other Avengers have done much worse with impunity. By the next time we meet her in Infinity War, she’s already in a relationship with Vision, with no context or reason to care.

Characters getting the short end of the runtime stick isn’t necessarily a big issue. Hulk got a pretty decent story arc despite only appearing as a side character in most of the movies (aside from The Incredible Hulk, which the MCU practically refuses to acknowledge, sadly). But when it comes to storylines, more often than not, Marvel introduces a big event with world-changing repercussions and never following up on them. The destruction of Sokovia leads to the Sokovia Accords, which affect the heroes, but what happened to the people who survived its destruction is never explored. The attack on New York in The Avengers leads to Tony Stark’s arc in Ultron and Iron Man 3, but the only time we see how people react to it is during a brief news montage at the end of the film, in the opening scene to Spider-Man: Homecoming and Marvel’s Netflix series, which have all been canceled. Wakanda opening itself up to the rest of the world was no longer a plot point after that brief scene at the end of Black Panther.

The thing is, comic books have long figured out how to solve this problem. Big, company-wide events like Civil War or Crisis on Infinite Earths have tie-in issues meant to fill in the gaps and provide context for how the big fight is impacting the rest of the universe. There was even the excellent miniseries 52 which followed every repercussion of the events of Infinite Crisis on the DC Universe. When it comes to the MCU, we almost had that in the form of ABC’s Agents of SHIELD and even the Netflix shows, which could provide smaller-scale stories that filled any gaps in the films, and provide down-to-Earth human perspectives. Unfortunately, the shows began to side-step their initial plans as the movie side of production took stories and characters off the table for their own use, leaving Agents of SHIELD as a weird, unacknowledged step-child of the MCU that lived in the same house but was unable to play with the same toys like the rest of the family.

This only makes WandaVision feel long overdue, and also very exciting. In just five episodes, the first MCU show on Disney+ has been able to do everything Agents of SHIELD never could. By focusing on a character that hasn’t played a huge part in the story so far, and free of the constraints of a two-hour-plus runtime, the show has been able to go as weird and slow-paced as it wants, letting moments breathe and take their time, while still giving us the interconnectivity we expect from the MCU. It took the show three episodes before we got the first reference to the rest of the franchise, via a mention of Ultron in episode three. It took four episodes before we even found out where in the timeline the show takes place, and when we did, WandaVision gave us the first moment of absolute horror in the entire Marvel universe. Now in its fifth episode, the show is changing what we think possible in the MCU.

Though the first three episodes of WandaVision followed the tropes of classic American sitcoms, the fourth episode took a page out of serialized, mystery-box shows, with a severe and sudden shift in point of view reminiscent of season two of Lost, where we replay a key moment of the first episode from a brand new character’s perspective. This allows WandaVision to isolate the opening scene and give it enough time to breathe and let the audience fully sink in the impact of what’s going on, without the need for quick jokes or easter eggs.

In episode five, “On a Very Special Episode,” WandaVision used that cliffhanger to completely change both what we thought was possible in the MCU, and also what we knew of Wanda herself. Where the movies have never really given us a complete view of what her powers are, the show teased a power greater than any other creature in the universe, showing a Wanda that’s capable of twisting reality itself to her will. The episode gave us a darker, more dangerous and vulnerable Wanda Maximoff, the one we deserved years ago but didn’t get until now. Seeing a surprise guest at the end of the episode was cool and shocking, but what came before is utterly terrifying and heartbreaking for Wanda and the audience.

The “Blip” or “Snap” as it happened in Infinity War was a shocking moment to end a movie on, and though Endgame showed how it impacted our main heroes, and briefly mentioned how it impacted the rest of the world, the moment half of the population comes back at the end of the movie is not given such gravitas. Sure, everyone remembers how epic it felt to see all the portals open up and have the characters walk through them once again, but other than that the film avoided answering any questions about it. Spider-Man: Far From Home even jumped forward in time to avoid dealing with it other than during a funny montage at the beginning of the film, before quickly moving on to telling its own story. Just like Sokovia, just like Wakanda opening up, these moments are mentioned, but not explored.

WandaVision, being a TV show limited only by how much money Marvel and Disney are willing to pour into it, can take as much time as it needs to explore the emotional ramifications of the events being explored. The moment is more than just a cool way of connecting the show to the MCU, or even a creepy way of introducing Monica Rambeau, but a poignant reminder that the MCU is a larger universe than we’re seeing at any one time on screen, and a way to tease Wanda’s own story coming back and finding that Vision did not. How it plays out in the rest of the season remains to be seen, but in one brief moment, WandaVision showed it can do what the MCU hasn’t been able to, and give consequences to the story it’s telling. 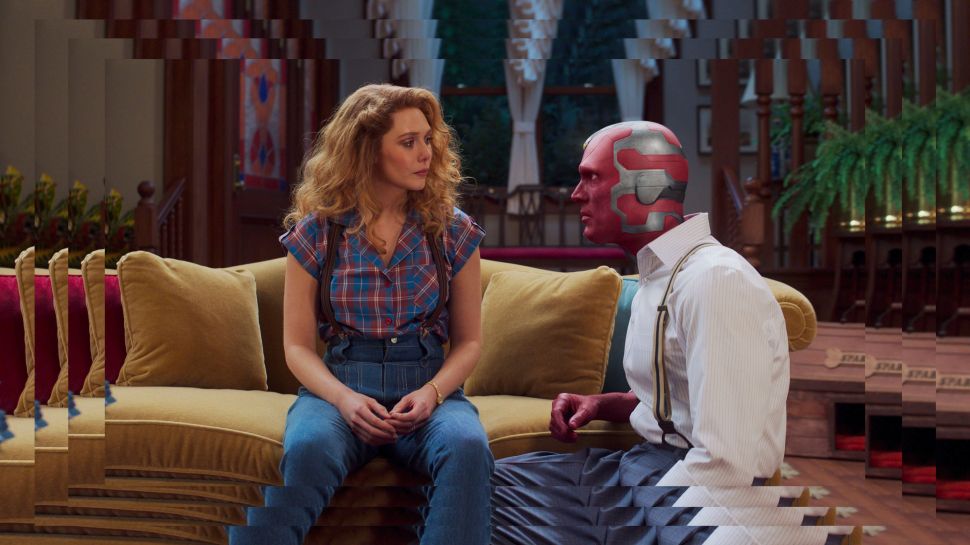