Four episodes into Marvel’s WandaVision on Disney+ and it’s still not entirely clear what is going on in this decidedly experimental departure from standard Marvel Cinematic Universe fare. The series, which is unsurprisingly not quite as big of a hit as its Star Wars cousin The Mandalorian on Disney+, is deliberately opaque in its overarching construction and intentionally odd in its sitcom-format execution. Episode 4, “We Interrupt This Program,” peeled back the curtain a bit, but not enough to provide all the answers.

So to better navigate the remaining five episodes, we’re collecting the best theories for what’s going on and how the show will end. Our hope is to provide a roadmap so fans can begin monitoring important elements lurking beneath the surface. Here are the big questions, and their most plausible answers.

Who is the Big Bad of the series?

Assuming Wanda is not revealed to be the unintentional (or intentional) villain of the show, who is the main antagonist? Kathryn Hahn’s Agnes clearly knows more than she is letting on and she was the only townsperson to not be properly identified by SWORD in Episode 4. Many around the internet believe “Agnes” could be Agatha Harkness, a witch from the comics who was something of an anti-hero, but often served as a more-or-less supportive mentor to Wanda. If Agnes and her mysteriously never seen husband Ralph are not the villains of WandaVision, who else might fit the bill?

Other eagle eyed viewers have noticed several allusions, references and iconography connected to the Devil, which suggests that a character named Mephisto could be the true bad guy of WandaVision. In Marvel Comics, Mephisto is a devil-like entity who has previously tangled with Wanda in hopes of absorbing her powerful children. Why would Westview host a fundraiser “for the children” when we have yet to see any outside of Tommy and Billy? Dotti even says “The devil’s in the details,” to which Agnes replies, “That’s not the only place he is.” Suspicious.

Perhaps Mephisto is manipulating events and using Westview as an incubator to position himself to pounce when Wanda and Vision are particularly vulnerable. This would play into Darcy Lewis’ question from “We Interrupt This Program” of who is censoring the sitcom broadcasts as well.

Why does Vision question the reality?

As WandaVision takes place after Avengers: Endgame, the audience is well aware that Paul Bettany’s Vision is dead. Episode 4 even reminds us of this with the harrowing shot of a grey and mind stone-less Vision reminiscent of his death at the hands of Thanos in Avengers: Infinity War. Through her abilities or various otherworldly forces, Wanda has brought him back to some semblance of life for WandaVision.

Yet every time Vision begins to question the nature of their reality (such as her inexplicable pregnancy timeline) or they are confronted with an invading force from the real world (such as the beekeeper), Wanda reset her alternate reality and wipes the self-awareness from Vision’s mind. She also opts not to tell him about Geraldine’s mention of Ultron, which is suspect. Yet she’s not aware of his strange encounters with fellow characters such as Agnes, Herb and the family Doctor that also hint at the true nature of this reality. Long story short, Vision’s new existence is seemingly connected to the fake reality within Westview.

Whether it be through realization and self-sacrifice or this false reality shattering under the weight of effort, it seems increasingly likely that Vision will not make it out of this show alive.

Who is Evan Peters playing (and does it tie into the X-Men movies)?

Actor Evan Peters, best known as Quicksilver from Fox’s X-Men movies, is reportedly playing a secret role in WandaVision though he has yet to appear on screen through the first four episodes. One popular theory suggests he may be reprising his role as Quicksilver now that Fox is under the Disney banner (Aaron Taylor-Johnson played Wanda’s brother Pietro/Quicksilver in Age of Ultron). This would mean WandaVision engages in some sort of wonky multiverse narrative that fuses together various continuities similar to what is expected in December’s untitled third Tom Holland-led Spider-Man feature. That would shake up the established rules of the MCU and provided endless fodder for theorization and speculation. But it’s not the only prevalent theory as to his role in the show.

Another speculates that Peters will actually play the grown up version of Tommy, who becomes the speedster (nicknamed Speed) in the comics. The thinking goes that WandaVision toggles through different decades at a sprint not only to amalgamate a variety of different sitcoms through the years but also as a way to age up Wanda and Vision’s children quickly with a simple explanation. Wanda’s children could also be used to potentially set up a Young Avengers project, which has been rumored for some time.

Or, Peters could even be Mephisto if our other theory is accurate. Or, maybe he’s someone completely unexpected. We’ll have to wait to find out.

Will Doctor Strange come to the rescue?

When first debating the possible outcomes of WandaVision last year months before it premiered, we thought a Doctor Strange cameo was unlikely. But given how Disney+ is not afraid to re-introduce big names (see: The Mandalorian), we’ve begun to rethink our stance.

Marvel Studios head Kevin Feige has already confirmed that WandaVision feeds into Doctor Strange in the Multiverse of Madness and that Elizabeth Olsen will be appearing in the sequel. With Spider-Man 3 also set to feature Doctor Strange and touch on the multiverse idea (presumably) it makes sense that Benedict Cumberbatch would make some sort of appearance. We are, after all, dealing with an alternate reality that is bleeding into the real world. Honestly, it seems like Strange should already be on the scene given how firmly that falls under his territory.

Is this the MCU’s House of M? Or is it something else?

In the comics, one of Wanda’s defining storylines is Brian Michael Bendis and Oliver Coipel’s series House of M, the anchor of a line-wide crossover in the X-Men books that kicks off in the wake of Wanda having a mental breakdown, in the wake of losing her children. As a way to cope with her loss, she builds a full-blown alternate reality that encompasses the world—just as she does to Westview in WandaVision—and as Wolverine, Doctor Strange and other heroes are made aware of the reality, they must team up to correct it.

The similarities are already there, but the question is whether the end of WandaVision will track with that of House of M. At the end of the comic series, faced with the false reality she created, Wanda utters three words, “No more mutants,” that have since become famous in recent comics history. Her one-liner alters reality again, right back to where it started, with a crucial difference: only 198 of the mutants in the Marvel universe are left. Millions more are de-powered, including some of the franchise’s biggest players.

It remains to be seen how that climax will or won’t be adapted to the MCU’s WandaVision. With Multiverse of Madness, future MCU debuts of characters like the X-Men and the Fantastic Four on the horizon, anything is possible. Could WandaVision end with the creation of mutants in the MCU? Or the creation of a pathway to universes like Fox’s X-Men timeline, allowing them to bleed together? Could it be setting up an entirely different scenario? We’ll have to stay tuned to find out. 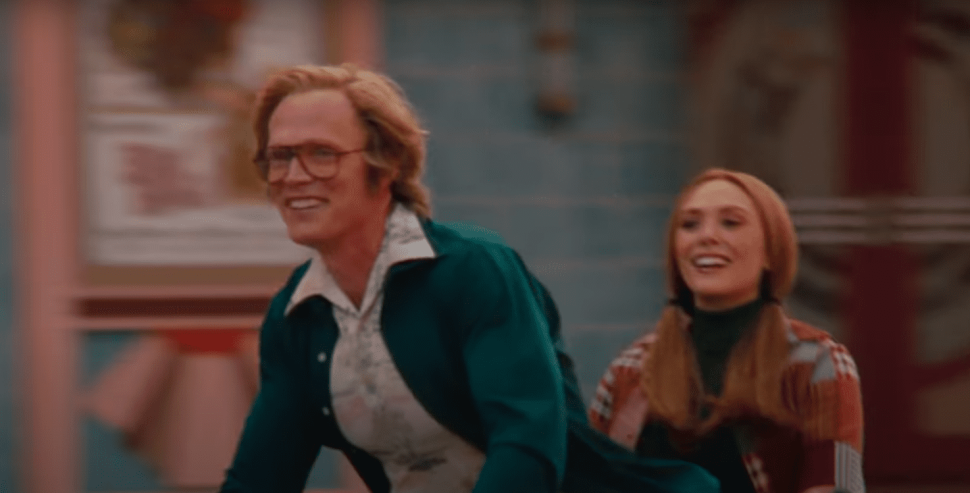