The 78th Golden Globe Awards last night quickly became one of the weirdest Hollywood awards ceremonies any of us have ever seen. But between the complete list of winners, opening monologue, and snubs and surprises, many have wondered how the night’s results will impact the upcoming Academy Awards. The reality? Not much!

The voting body behind the Golden Globes is the Hollywood Foreign Press Association, which is composed of just 87 (all white) members. For comparison, the Academy of Motion Picture Arts & Sciences, who vote on the Oscars, has more than 9,000 members. So whatever overlap might exist is minimal at best. As we’ve seen in recent years winning a Golden Globe doesn’t even guarantee you an Oscar nomination (sorry, Taron Egerton). At the same time, however, it’s not as if being showered with Golden Globes love is going to exactly hurt your chances at the Academy Awards either.

Sunday night, Daniel Kaluuya won the Best Supporting Actor—Motion Picture award for his role as real life activist Fred Hampton in Warner Bros.’ Judas and the Black Messiah. The Get Out star was nominated for a Best Actor Oscar in 2018 but had the misfortune of running up against Gary Oldman (Darkest Hour) and Timothee Chalamet’s breakout (Call Me by Your Name). This year feels different as Kaluuya is likely the odds on favorite ahead of the Academy’s official nominations announcement March 15.

The late Chadwick Boseman took Best Actor for Netflix’s Ma Rainey’s Black Bottom with his wife Taylor Simone Ledward accepting on his behalf with a tearful speech that proved overwhelmingly emotional. It’s quite possible if not likely that Boseman could follow in Heath Ledger’s footsteps and win an Oscar posthumously. This would not be a case of an emotional narrative outweighing on-screen performance as Boseman delivers the finest work of his career as ambitious horn player Levee. But don’t sleep on Anthony Hopkins in The Father as the early favorite dating back to last year’s Sundance Film Festival.

The Globes’ Best Actress race was upended with Andra Day’s surprise win for her turn in Hulu’s The United States vs. Billie Holiday. Viola Davis, Frances McDormand and Carey Mulligan are considered locks for Oscar nominations with Vanessa Kirby and Day firmly in the mix as well. Day’s momentum is strong after last night, but Davis and McDormand are veteran titans, and there also exists a bias toward younger up-and-coming actresses. We’ll need to see how the SAG, BAFTA and Critics Choice awards shake out before making a firm prediction.

There have been such dramatic pendulum swings at the Oscars in recent years from Moonlight besting heavy favorite La La Land, to the controversial Green Book claiming the top spot over Roma, and Parasite becoming the first non-English film to win Best Picture. It’s difficult to predict which way the Academy may lean in a given year, especially as it continues to increase its numbers. American-Korean family tale Minari and dark comedy crowdpleaser Promising Young Woman should be considered deserving crashers ahead of the Oscars nomination.

While a more conventional contender such as Aaron Sorkin’s courtroom drama The Trial of the Chicago 7 (which earned Screenplay honors) could garner enough mainstream support to win the day, Nomadland feels like it’s building toward an impressive crescendo. 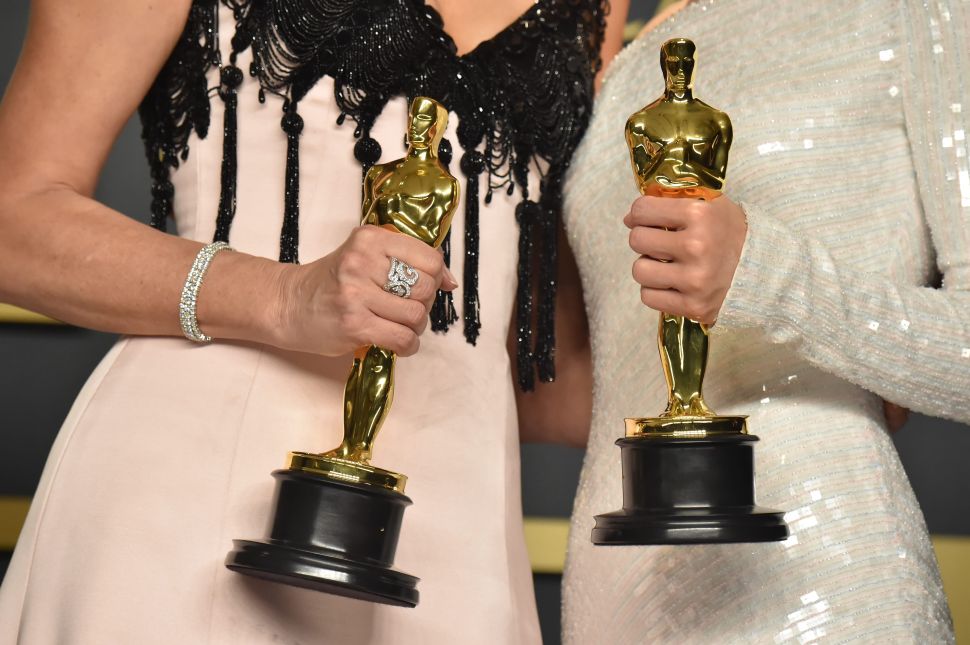