Alice Neel was a painter who lived in Harlem. Her entire life, she created portraits of (mostly) New Yorkers, seated in their kitchens, at bars, among loved ones, gazing out their windows. As Neel once said: “For me, people come first, I have tried to assert the dignity and eternal importance of the human being.”

This is the ethos of the new exhibition opening today March 22nd at The Met Fifth Avenue, Alice Neel: People Come First. Co-curated by Randall Griffey and Kelly Baum, it features over 100 works by the artist, tracing her career from the 1920s, to her focus on the figure in the 1940s and 1950s, to her later work in the 1980s before her death in 1984.

Not only a painter of portraits, but also cityscapes and still life works, each painting is like a diary of one New Yorker who stopped to take the time and make a record of her life—and the people in it. She was unpretentious, calling her painterly portraits simply “pictures of people.”

“She didn’t like her work being called ‘portraiture,’ she liked it being called ‘pictures of people’ because she thought portraiture was conservative, staid and wooden,” said Griffey to Observer. “She wanted to capture the zeitgeist.”

Neel called herself a “collector of souls” and is acclaimed for not only capturing the truth of the individual, but also reflecting her era. While art buffs might not know the artist’s name (Neel hasn’t had a retrospective in 20 years), she was an important painter who championed for social justice and had access to various social scenes, from Andy Warhol’s Factory crew to civil rights leaders, the gay community and locals in Spanish Harlem, as she lived on 108th Street in Morningside Park.

The co-curators used her writing as a guide, not only her scant collection of diaries and journals, but phrases and paragraphs written on pieces of paper. “Some were written like letters to herself,” said Baum to Observer. “We also learned a lot about her from her short stories.

The exhibition is a yearbook, a who’s who of the intelligentsia of yesteryear. There’s a 1926 portrait of Carlos Enríquez Gómez, a Cuban painter who lived in Havana, seated at a bar wearing a bowtie. There’s a 1935 portrait of Depression era poet Kenneth Fearing, who is seated smoking while reading a book on a New York patio and a stately portrait of James Farmer, civil rights activist, who she painted in 1964.

“Most of her portraits are of people who lived and worked in the city,” said Baum. “In the 1950s, her social circle was specific, left wing writers, artists and playwrights, and her social circle was schools, unions and journals. It wasn’t until the 1960s and 1970s that she branched out to dive into the mainstream art world, met a lot of people through Andy Warhol, she hit the lecture circuit and appeared on Johnny Carson. At the end of her life, she knew a lot of people.”

There’s also a 1973 portrait of art historian Linda Nochlin, who wrote “Why Have There Been No Great Women Artists?” in 1971, which is generally considered the first major work of feminist art history. Neel also painted locals in her neighborhood in a painting called Dominican Boys on 108th Street in 1955, and painted Andy Warhol in 1970, topless with scars over his chest, after recovering from an assassination attempt.

Her work was groundbreaking, looking back. Gay couples typically didn’t pose together for photos, never mind paintings. Neel’s 1970 portrait called Jackie Curtis and Ritta Redd, reflected the culture of the time, as they were fixtures of Warhol’s Factory who starred in his films.

Not all her portraits were painted in New York; some paintings were created at her summer house on Jersey Shore, in Vermont and in California, while visiting her son.

As New York City works to reopen venues and regain the social life that was once lost, this exhibit comes at an apt time—when people are relearning their new post-vaccine social lives. Looking back on Neel’s artwork, it’s inspiring to see how alert and endlessly curious she was about meeting new people, getting to know them, and capturing their essence, which is detailed here in each portrait at the Met.

“She was fascinated by people, she painted people she knew really well, as well as strangers she encountered on the street,” said Baum. “I get the sense she was very social, and she was always very inquisitive about human beings.” 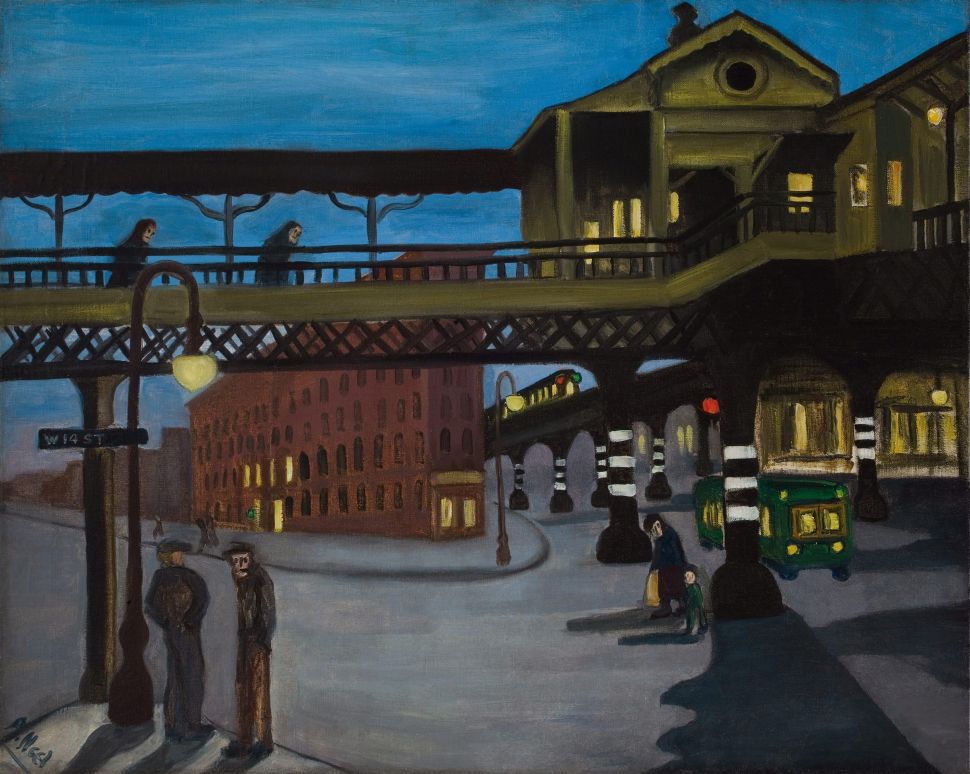