“War marches on under cover of euphemism,” Alice Zeniter writes in her novel The Art of Losing. The book was originally released in France in 2017, but has recently been released by Farrar, Straus, and Girous in a new translation by Frank Wynne. Wynne has previously translated Nobel Prize-winner Patrick Modiano. It is Zeniter’s fifth book, her second to be translated into English. The book was well received in France, it won both the Prix Goncourt des Lycéens and Le Monde’s Literary Prize.

During a Zoom event with the French and English language bookstore Albertine, Zeniter discussed how things began to fall into place when she thought of the book as an epic. Like Odysseus, Zeniter’s characters are haunted by war. Their paths are upended, shifted, and echoed. The novel follows three generations through a nameless narrator that Zeniter calls a “puppet master.”

The Art of Losing is a visceral book. It does not shy away from writing history in shades of gray, nor does it glamorize those who fought for Algerian independence. The book begins as the FLN (National Liberation Front) is rising in order to drive the French out of Algeria. The book deals explicitly with the legacy of harkis, people who collaborated with the French during the Algerian War of Independence. The term is described by the Guardian in multiple articles as “loaded and often pejorative.” During the third section of the novel, Naima stares at the encyclopedia entry for the term:

“harki, n.:
A soldier serving in the Harka auxiliaries.
harki, n. and adj.:
A family member or descendant of a harki.

Ali, our first narrator, is a prominent Kabyle man and war veteran who is also considered to be a harki by many around him. He slips information to the French in an attempt to save his family and village from destruction, but is still forced to witness incredible violence and make difficult decisions about his family’s future. By the end of Ali’s narration the narrative breaks into fragments until “Grain by grain, the vast Sahara slips into the Mediterranean.” Ali’s son Hamid is angry at his father for much of the novel. Hamid grows up in France, reads Marx, and can’t understand why his father helped the French. Hamid calls out the racism around him, attempts to maintain a relationship, and struggles to form community while thinking of his childhood in Algeria. Hamid’s daughter Naima seems to float more ambivalently through life. She watches Sex and the City and works at an art gallery, often breaking the form of the novel to think in lists. Naima grows up not digging into the history of Algeria until her boss assigns her to develop a working relationship with an Algerian artist. Only then does she begin an obsessive Google hunt for information.

One of Zeniter’s skills is describing the role of the internet in identity-formation. In this scene, Naima is reading internet comments about harkis, many of which are violent threats:

“She feels as though somewhere beneath her computer is a vast subterranean cavern filled with warring monsters, their faces twisted with hatred, from which the fiber-optic cables draw these insults, this hostility, in order to inject them into every website. Deciding what is reliable information and what is simply rage or grief spewed out, belched out, takes her too much time.”

History, as nostalgia, as weapon, as identity pervades Zeniter’s novel. Characters question the French narrative of Algeria: “And so French writers pen books that absorb Algeria and its histories, transforming them into a few brief pages in their history, one crafted such that it appears to proceed in an orderly fashion, punctuated by dates to be learned by rote, a history in which progress is made flesh, takes shape, and shines forth.”

It is impossible not to read Zeniter’s novel and not think of Emmanuel Macron’s varying statements to the press, at one point calling colonization in Algeria “a crime against humanity” while also not offering an official apology. Last year French historian Benjamin Stora released a report advising France and Algeria on “reconciliation.” The report does not “advise that France apologize or commit to reparations.” Earlier this month Macron admitted France tortured and killed Algerian nationalist and lawyer Ali Boumendjel, while still “blowing hot and cold” as Maher Mezahi wrote for the BBC. “Most of us young Algerians are not holding our breath for an official apology or reparations,” Mezahi writes. Jean-Marie Le Pen appears in the novel, his daughter has been one of Macron’s biggest political opponents. Frantz Fanon fought as part of the FLN, his book The Wretched of the Earth makes an appearance in Zeniter’s novel as well. The book weaves history into the present.

This is not an easy book. It is, however, an incredible one. There is much for American audiences to learn. For my own part I wanted to enter the book humbly. I knew I would be doing a lot of research. The Wall Street Journal’s review of the book begins by asking “How much do most of us know about the Algerian War?” Some coming to the book may already know much of the historical context.

It is a book that engages with family, pessimism, and fear. Characters negotiate being Kabyle, Algerian, French, Muslim, atheist, men, women, artists, sons, daughters, fathers, and mothers. It is full of violence, children who lose their feet while eating vanilla ice cream, fathers attempting to guide their children to safety, and the omnipresent spectre of the power of colonialism– from Sétif to the cold of the refugee camps. It is a book that requires rapt attention. It is a novel that scales the walls of history and excavates lessons with curiosity and anger.

During her event with Albertine, Zeniter was asked what she hoped American audiences would get from the book.“I guess what I hope from every foreign novel that I read, that suddenly my view of the world gets bigger, that some countries freely appear on my mental map and that I will feel related to them… somehow this place it’s about me, it concerns me, I have deep feelings attached to this place, this city, this street, this country even if I’ve never been there because I spent hours reading something.”

During the event, Zeniter also discussed the process and weight of writing her own experience into the novel. She too went to Algeria as an adult. She too researched her family’s history in her twenties. After the question and answer was opened to the audience, Zeniter was asked what her family thought of the novel.

“Because it’s my first American experience I’m gonna answer it and then I will stop. My family was happy and moved about the novel for a part of it. Because a part of my family still doesn’t read, my grandmother still doesn’t read… Of course I wanted to be able to give them back as new stories that we can run through the family but I chose a way to do so that will exclude many members of my family. This is why I actually can’t wait for the book to be turned into a movie.”

Towards the end of the novel Naima is discussing the role of autofiction with a group of Algerian artists and intellectuals. She argues autofiction is better than silence, for one can assert one’s own meaning, something that perhaps encapsulates the project of this novel. “When someone says nothing, other people invariably invent something, and more often than not they’re wrong, so, I don’t know, maybe the writers you’re talking about felt it was better to explain everything, all the time to everyone, rather than allow other people to project words onto their silence.” 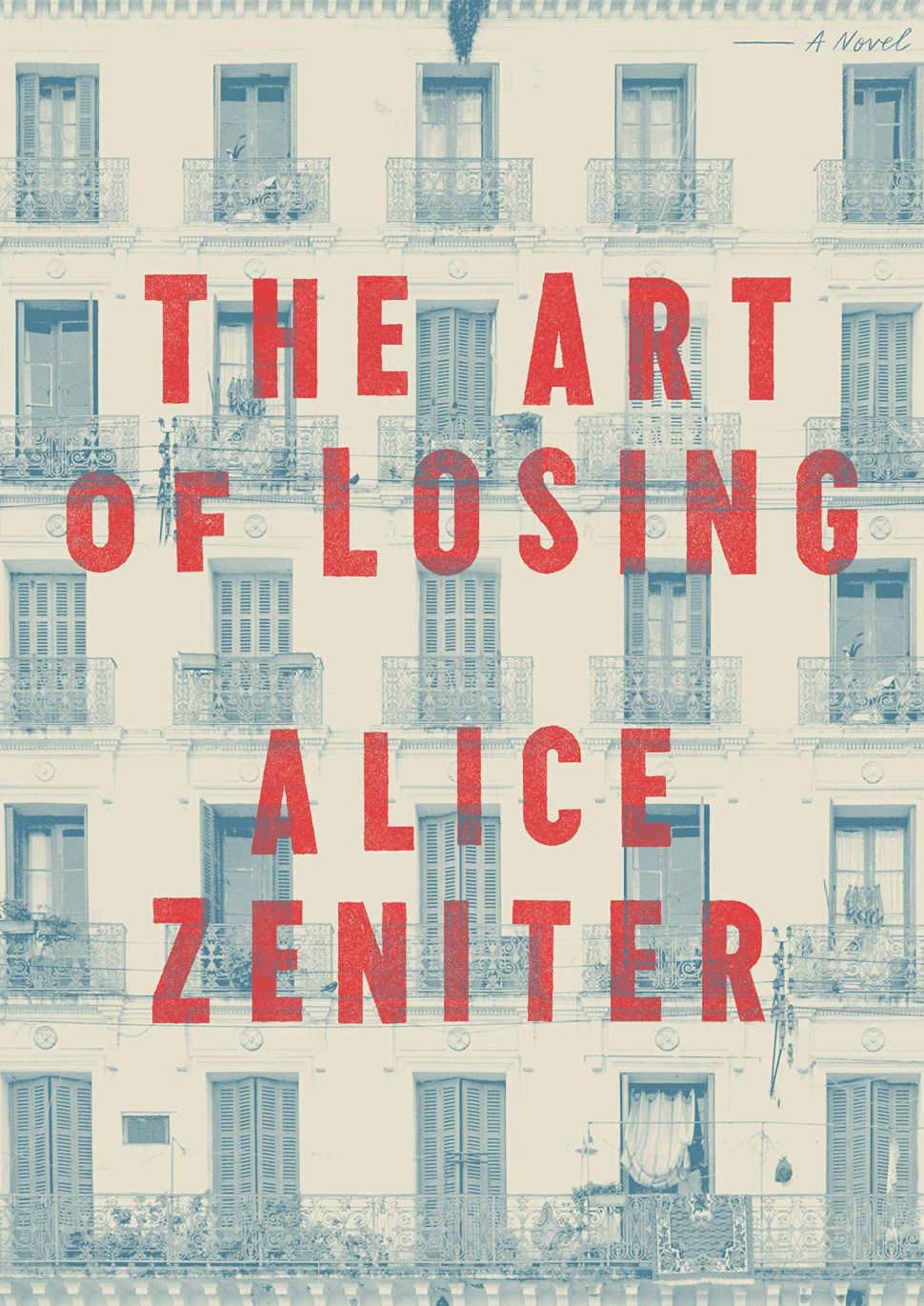