The takeaway is that we must be open to truths and realities that challenge our understandings. Just because something is unexpected or unrealistic doesn’t mean it can’t happen. So as far-fetched as it may seem right now, let us consider the possibility that Apple could one day upend the Hollywood hierarchy and acquire The Walt Disney Company.

Apple TV+ is struggling in the subscriber race

The topic du jour: the streaming wars, and which companies will be left once a crowded field thins. “We live by the economic idea that there are always three dominant firms within a marketplace,” David Offenberg, Associate Professor of Entertainment Finance in LMU’s College of Business Administration, told Observer. “We expect Netflix and Disney+ to claim two spots, and it’s been an open question of who is going to be the third. Apple TV+, on its current course, will never reach that level.”

Apple TV+ has accrued just 6.8 million estimated domestic subscribers since launching in November 2019. More than 60% of its total customer base is operating on a free trial, and 29% of those on a trial do not intend to re-up their subscription when the trial ends, according to a survey from analysts at MoffetNathanson. Apple’s recent extension of its free trial offers suggests that Apple TV+’s paid membership numbers remain insufficient.

Of course, Apple isn’t a media company and is therefore not operating in the same playing field or chasing the same goals as a Disney or Netflix. Including Apple TV+ into the company’s Apple One service bundle provides added value. But it’s also fair to say that Apple TV+ appears to be less of a loss leader and more of a non-factor after 16 months.

Without dramatic scale and a sizable infusion of library programming to offset its limited content offering, there’s simply no way it can catch Amazon Prime Video, HBO Max and its other well-stocked streaming rivals. Similar to Amazon, Apple doesn’t necessarily need to win the streaming wars as long as its SVOD platform drives consumers to its core business. (Even so, Apple’s soaring 2020 profits have been more attributed to the pandemic, and not to its fledgling streamer.)

“Apple is going to have to spend at least $100 billion to compete, which means they have to buy a major studio.”

Apple’s largest acquisition was merely a $3 billion expenditure for Beats. It’s not in the company’s DNA to hunt for lavish outside assets valued in the 12-figure stratosphere like Disney. MGM, Lionsgate or another smaller studio would seemingly align with Apple’s previous acquisition track record. Yet their libraries are all much too small and the companies not powerful enough to create the catalog and market demand to transform Apple TV+ into a competitive service.

“Think about what Disney did,” Offenberg said. “It spent $61 billion to acquire Fox [after selling off the Fox regional sports networks to Sinclair Broadcast Group for $10 billion as part of an agreement with the Department of Justice] just to be competitive with Netflix and that’s with the whole Disney library behind them. Apple hasn’t spent enough on Apple TV+ to be competitive in this space and the results are exactly what you’d expect.”

Offenberg added: “Apple is going to have to spend at least $100 billion to compete, which means they have to buy a major studio.”

None of this is necessarily a reflection on the quality of Apple TV+’s library. Little America is nothing short of splendid, The Morning Show is a star-studded big-name attraction and Ted Lasso was the summer sensation that fans can’t get enough of. But Apple TV+ lacks the library size to keep viewers on the hook for longer than few weeks at a time. Users squeeze in their desired content and then cancel and move on. If Apple is serious about becoming a major SVOD player—which, they very well may not be—then punting on Apple TV+ and re-routing its content to Disney’s established streaming portfolio makes sense.

It’s not as if Apple doesn’t have the cash to make this move with ease. The tech giant boasts a market cap of more than $2 trillion, making it the most valuable company in human history. As of January, Apple has nearly $200 billion in straight cash on hand, one of the largest cash piles in the U.S. Meanwhile, Disney is “only” valued at $354 billion.

Apple wouldn’t want Comcast ($262 billion) since the majority of its business is cable and internet as opposed to studio entertainment and AT&T ($212 billion) would leave them in the unenviable position of both making phones and selling phone services. The only studio left that’s big enough to push them toward streaming domination is Disney, which just so happens to match Apple’s family friendly brand and public morals.

The points of synergy between the two companies would be highly advantageous: Apple products visible in every show and movie, Disney+ built into every Apple product, integrating Apple tech into Disney theme parks to enable special access for iPhone users, a massive infusion of content budget resources for studio entertainment, growing ESPN+. There’s strategic gold to be mined here.

With the sunsetting of the Paramount Consent Decrees, Disney could begin amassing movie theaters to provide a multifaceted experience that combines ESPN and live sports. Apple could create a movie theater chain that reflects the clean, streamlined design of their stores where consumers can mix and match Apple subscriptions that blend the big and small screen. Flexibility abounds if they so choose.

“Apple can easily push the Disney streaming apps onto every phone and make certain offerings free for everyone in markets that are underserved,” Offenberg said. “Having that huge reach will easily make Disney+ the top streaming service, especially outside the U.S. It would absolutely take the throne from Netflix.”

To compete against such a Goliath, the entertainment media space would be faced with radical decisions. A union of WarnerMedia and NBCUniversal, which has been repeatedly touted by Lightshed Partners, would be a powerful force in the space that might arise out of necessity. But we’re getting ahead of ourselves.

The real question to ask is if an acquisition of The Walt Disney Company by Apple is even legally possible.

“I would say that either the Federal Trade Commission or Department of Justice would look at three main areas: entertainment content, sports programming and theatrical distribution,” Jeffrey Jacobovitz, Partner at Arnall Golden Gregory LLP, told Observer. “The government collects numerous documents, holds several hearings, and thoroughly investigates to look at different markets to see where there might be a substantial lessening of competition. At times, the government has also structured deals where they may ask for a divestiture to another company in an area high in market power to allow the deal to go through.”

The bottom line, Jacobovitz said, is that the large sizes of the two companies “wouldn’t automatically mean it wouldn’t be approved.” Cue that Jim Carrey “So you’re telling me there’s a chance” meme.

Overseas, governments are much tougher than the U.S. when it comes to antitrust matters, so there’s no guarantee the deal would be approved worldwide. Here at home, the DOJ will only get involved if the merger reduces consumer choice. But with Apple TV+ being as little used as it is, and with the core businesses of both companies being so vastly different, an Apple-Disney merger may not be quite as impossible as you think.

The combined power of the Disney and Fox libraries on pre-established streamers Disney+ and Hulu/Star would allow Apple to scrap the underwhelming experiment that is Apple TV+. It could then leverage Disney’s existing direct-to-consumer footprint (more than 150 million subscribers worldwide) and global reach and vice versa. Former Disney CEO Bob Iger even wrote in his autobiography that Steve Jobs and he “would have combined our companies, or at least discussed the possibility very seriously,” had Jobs not passed away in 2011.

Radical? Sure, maybe it sounds that way today. But imagine what we’ll know tomorrow. 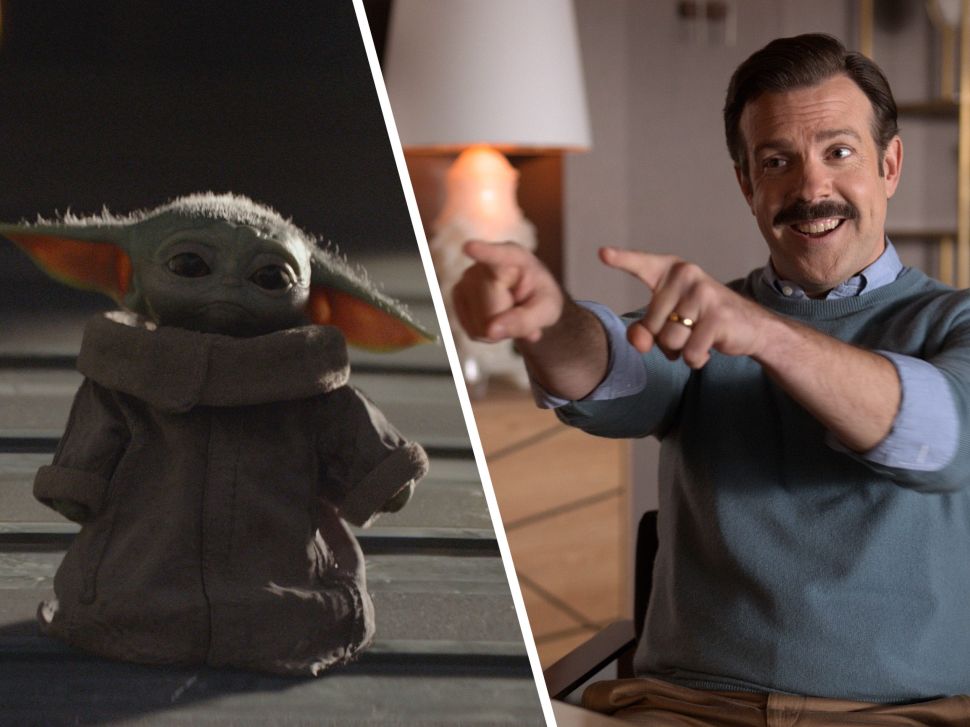