When Emily applied for her dream job, she expected to ace her interview. She knew the company inside and out and had prepared to explain why she would be perfect for the role. When she received an invitation to a video platform that would record her responses to a series of questions, she was slightly thrown—she was applying for a people-facing role and had hoped to be able to build rapport with the hiring manager. Still, she hoped that she could still show her personality, even in pre-recorded clips.

What Emily didn’t realize until after the interview was that the third-party company that hosted the video software used facial analysis technology to screen candidates. Her interview would be assessed by an algorithm that used people’s facial expressions, intonation and word choice to evaluate whether Emily was right for the role.

The use of artificial intelligence has become increasingly widespread in recruitment over the last few years. Candidates are often asked to complete video interviews or online tests without any awareness that an algorithm will be the first assessor of their application. Major companies such as Hilton and Unilever have used AI interview software, and an estimated 83 percent of US companies use some form of AI in their HR processes.

“HR decision-making has always been based on the prior experience of recruiters and their intuition about a candidate,” says Prasanna Tambe, an Associate Professor of Operations, Information and Decisions at the University of Pennsylvania’s Wharton School of Business. “Technology has made it easier than ever to apply for jobs, so recruiters have increasingly large stacks of applicants to evaluate, which takes time. Tools that can help recruiters sort through even larger numbers of applicants and make well-informed decisions are very attractive.”

The use of AI in recruitment ranges from video software to chatbots that answer basic queries from candidates and algorithms that screen resumes for keywords. The technology integrates seamlessly with existing HR processes—research shows that 73 percent of candidates could not tell that they were interacting with a chatbot when they reached out to companies to ask questions, and in most cases, candidates have no way of knowing that AI was used to screen their application.

But algorithm-driven application processes are not without their problems. In 2018 Amazon abandoned a computer program that used machine learning to score candidates after developers realized that the tool discriminated against female candidates.

“Algorithms can be biased and unfairly discriminate against some groups in the recruitment process,” explains Tambe. “AI systems learn to make predictions based on data, and so predictions are generally more accurate for groups which have more data available. The industry does seem to be becoming increasingly sensitive to this issue, and some tools and methods are being designed to try and mitigate these problems.”

The issue of bias remains a pressing problem in AI recruitment, but some experts argue that human-centered hiring processes have similar issues. Kevin Parker is CEO of industry-leading video interview company HireVue. HireVue has paved the way when it comes to AI-driven candidate assessments, but its video interview facial analysis tool was abandoned in late 2020 after significant public pushback, including a complaint to the FCC in 2019, and an independent audit. The company still uses automation technology including online assessments and chatbots to vet candidates, and Parker believes that although AI systems are vulnerable to bias, they also mitigate issues of interviewer discrimination.

“Humans are notoriously inconsistent and are subject to huge amounts of both conscious and unconscious biases,” he explains. “By utilizing AI, and committing to regular audits and tests of these AI systems, hiring teams can be sure that they are consistently and fairly evaluating all of their candidates based on what actually matters—their work-based skill set.”

Parker thinks that the current economic climate will only speed up the shift to AI-powered recruitment as hiring teams are bombarded with dozens of applications for a single role. But he also stresses the importance of using machine learning to support human-led decisions rather than replace them. He believes that one of the most important uses of automation could be found in refining how talent is utilized within companies, matching current employees with relevant internal vacancies and minimizing the time that candidates spend applying for multiple roles by identifying which jobs they are best suited to.

“AI could be key in ensuring that employees are continuing to develop,” he says. “It can give an accurate understanding of an employee’s current skill set and encourage organizations to reward loyalty and good performance by hiring from within.”

AI recruitment is now so common that some colleges are offering lessons in how to complete AI-powered interviews or applications for the best results, and there is an inevitable risk that algorithms could transform the recruitment process into a box-ticking exercise. Oliver Quie is an HR expert and co-founder of innerworks, an application that uses AI-driven personality tests to predict company-employee fit. Quie believes that as machine-based recruitment becomes increasingly popular, there is a risk that candidates might try to “game” the system—but he argues that this isn’t beneficial for candidates or employees.

See Also: Can Artificial Intelligence Determine If You Have a Toxic Workplace?

“Bringing your own unbiased and differentiated ‘data’ to an interview is still the best way to stand out,” he says. “‘Data’ includes factors such as experience, personality, and raw intelligence. These are factual and measurable, and are less easy to game than factors such as appearing to interview well in an AI environment.”

Yet in spite of sticky issues around candidate comfort with the process and the possibility for system manipulation, the use of machine learning in hiring decisions is already becoming the norm. So what should you look out for in future interviews and applications? Parker suggests that although algorithms might feel slightly alien, they usually evaluate similar measures to a traditional interview and application process.

“As you would with any other job interview, take the necessary time to research the company, job role and the team that you would be working with,” he says. “Answer questions using the STAR framework: respond to questions by outlining the situation, the task, the activity at hand and the results of your work. And don’t panic over technology—technical hiccups happen. If the last year has taught us anything, it’s that we’re all doing the best we can—a glitch in your audio or a cameo from a roommate isn’t going to ruin your shot at a place that you want to work.” 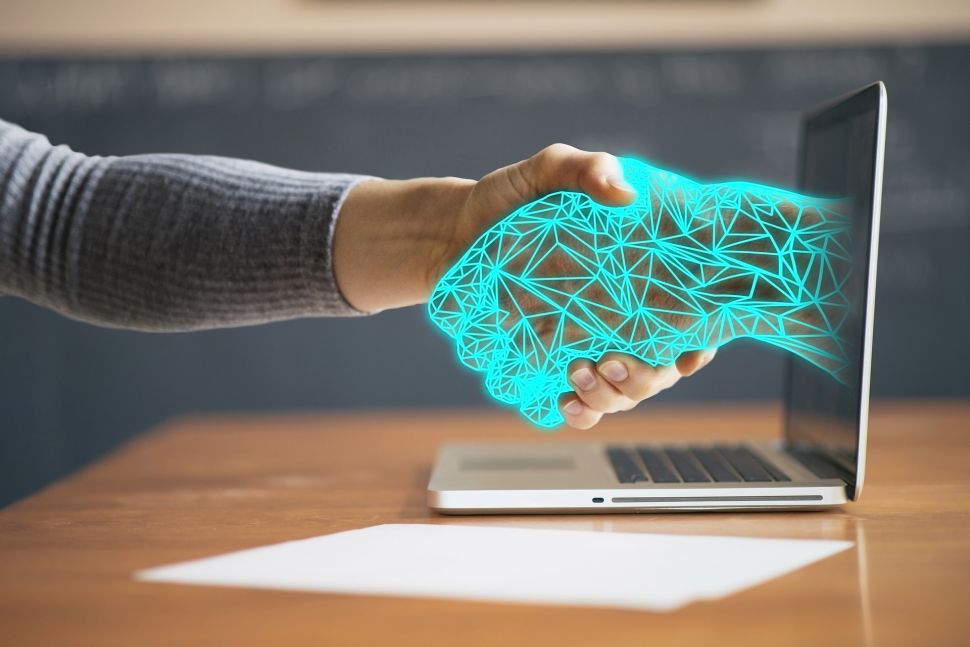