It was just over a year ago that then-President Donald Trump officially declared the COVID-19 pandemic a national emergency. New York City was the epicenter of what would become the most tragic public health crisis in a century. Today, the United States alone has lost over 535,000 lives to COVID-19, with nearly 30 million Americans infected overall.

Mass distribution of vaccines is providing relief to Americans, but the mutation of the virus troubles scientists and medical professionals, who are using new technology in an all-out race to predict and stop the deadly transformations from wreaking havoc on an already devastated world. Artificial intelligence in particular has emerged as a useful new tool to not only beat back the viral mutations, but to also stop them before they can spread at all.

Some new strains of the COVID-19 virus have proven no more deadly or transmissible than the original, but others that are far more contiguous. The world at large first became acquainted with these offshoots through the South African strain, which was found to be 70 percent more transmissible than the initial virus. According to JAMA, it was first identified in December 2020 and now cases have been detected in 41 different countries. It also raised concerns about reinfection. According to a recent study, this mutation has been able to evade antibodies in patients who had previous strains of COVID-19.

Meanwhile, the Brazilian strain has been found capable of re-infecting COVID-19 survivors. It also reportedly can make the vaccines somewhat less effective, though they still retain a very high efficacy. This strain was first detected in four Brazilian travelers en route to Japan. Upon arrival at Tokyo Haneda Airport. It was first identified in the U.S. in January.

They’re far from alone. There are concerning strains originating from locations including New York, U.K., and California.

According to a new study out of the Universities of Exeter and Bristol published in the British Medical Journal, the variant first identified in the U.K. in September that prompted a second shut down was found to be an astonishing 64 percent more deadly than previous strains. According to U.K. public health officials, this strain is also 50 percent more contagious than the original strain.

See Also: A Year Into COVID-19, These Medical and Business Innovations Have Changed the World

This strain has been identified in 80 countries. It was first identified in the U.S. in December and cases have since been recorded in 33 different states according to JAMA. A strain first identified in New York City, meanwhile, accounts for more than half of the current cases in the city. Reportedly, this strain is more contagious than the U.K. strain but not nearly as deadly.  The California strain, on the other hand, is raising even higher levels of concern. Reportedly, this strain is much more deadly than the others. According to preliminary research from the University of California – San Francisco published in Science Magazine, patients are more likely to end up in the ICU and 11 times more likely to die.

While this is remarkably positive, there are still massive looming questions — what if a new strain appears that can evade the vaccine and/or our current treatments? What are hospitals and drug manufacturers to do? Researchers around the country are racing to get ahead of the problem, using artificial intelligence to do so.

At MIT, a team of researchers is using a kind of artificial intelligence that is called natural language processing. Typically it’s used to predict grammatical sequences and semantics. But rather than punching in the collections of words, a la chatbots, text extraction and auto-correct technology, the MIT team is plugging genetic sequences into its algorithms. The artificial intelligence here identifies patterns that signal how mutations may develop. Using that model, they’re able to help drug manufacturers get ahead of the next variant of COVID-19.

Dr. Bonnie Berger, Professor of Mathematics and one of the leading researchers on the project, says they’ve seen the fruits of their labor. “Someone from the CDC is already running our code. She contacted us,” Berger tells Observer.

The most tangible of results comes in conjunction with the South African strain. “Moderna gave a talk at the Ragon Institute and mentioned our work as one of the reasons they are developing a second booster targeted at the South African COVID strain,” she added.

Earlier in March, Moderna announced that it dosed the first participants in booster shot trials that made use of the data.

The team at MIT is far from alone in these efforts, but instead part of a growing ecosystem.

At New York University, a team led by Dr. Tamar Schlick, Professor of Mathematics, Chemistry and Computer Science, is taking on a similar challenge. Her team has developed a model that uses three-dimensional shapes that mimic the structures and motions of a critical part of the viral RNA called the frameshifting element. Her group is studying this system through atomic-level molecular dynamics, a simulation method that analyzes atomic-level movements of large biological systems like RNAs and proteins in to understand how they work.

“By understanding these structures and their transformations, the research team is identifying ways to affect frameshifting efficiency and hence viral propagation,” Dr. Schlick tells Observer.  “Because mechanisms of frameshifting are common to many viruses like the influenza virus, a fundamental understanding of viral frameshifting mechanisms is invaluable,” she adds.

In other words, in order to fix the problem, you must understand the problem.

“While predicting future Covid-19 variants could be helpful in guiding public policy and health facility preparedness, it is essential to understand many other aspects of the virus life cycle,” Dr. Schlick adds. “Such a biophysical understanding of viral tertiary structure and associated mechanisms is key to developing therapeutic solutions and vaccines to infections by coronavirus family members and other viruses that inevitably will arise in the future.”

Meanwhile, at the University of Tennessee, researchers created a similar simulation that’s being used in pursuit of treatments, not vaccines. Using the Summit supercomputer at the Oak Ridge National Laboratory, their program analyzes drug compounds. It evaluates how different compounds can curb infection.

Their model is getting attention. Berg, a Massachusetts-based biotech company has partnered with them to research and develop treatment options, while according to a study published in eLife, their analysis found a possible answer to why many COVID-19 patients have an accumulation of fluid in their lungs.

The Tennessee team found that COVID-19 causes an overproduction of what’s called bradykinin, a compound that can cause the dilation of blood vessels. Since the pandemic began, as reported by Vox, study after study has found that bradykinin could be to blame for the hodgepodge of symptoms of COVID-19 including “COVID toes” and long term health problems COVID leaves behind.

Observer reached out to the team of researchers at the University of Tennessee. They declined our request for an interview.

“You want to get a sense of what’s happening with the virus and how quickly you will need to act in order to contain or surround the virus,” Dr. Bruce Lee, Professor of Health Policy at the CUNY Graduate School of Public Health, tells the Observer. Dr. Lee works in the computational model space as well. His work shows how the virus spreads and what happens when different vaccines are used.

“You can use computer models to run different scenarios and say what would happen if this happened or this happened,” Lee says adding, “it helps you identify or plan ahead for different types of strategies in case they happen.”

Even though vaccine distribution is well underway hospitals are still overwhelmed. According to COVID-19 Hospitalization Tracking Project from the University of Minnesota, Carlson School of Management, more than 21 percent of all U.S. hospital ICUs are at 90 percent capacity or more.

These different uses of artificial intelligence can help alleviate some pressure from hospitals and drug makers. They might be more prepared to deal with the possible onslaught of new patients between now and the time COVID-19 has been contained and life has gone back to some version of normal. 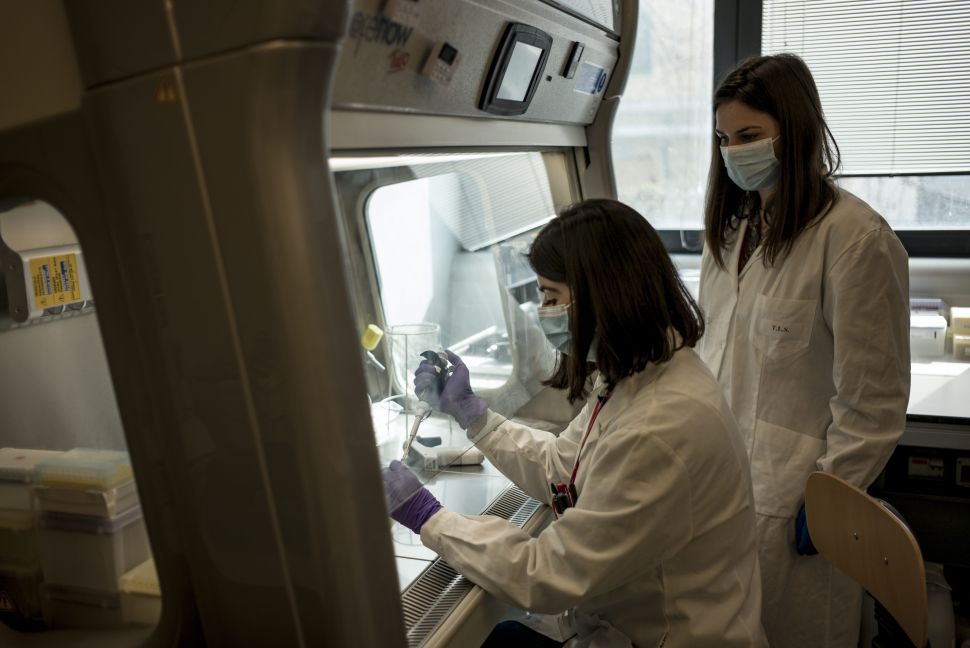