Although the artist himself has not yet confirmed authorship of the work via his Instagram account, as is his usual custom, several outlets are reporting that Banksy, the elusive British street artist known for his cheeky creations, has perhaps debuted his latest artwork on the side of Reading Prison in southern England. The artwork, which has already become surrounded by onlookers and hopeful Banksy fans, depicts a prisoner escaping from his bondage with a typewriter attached to his escape device. Reading Prison, the penitentiary in question, notoriously held author Oscar Wilde for two years.

For this reason, many are already speculating that the supposed Banksy artwork depicts Wilde himself. For two years, beginning in 1895, the famous author was incarcerated under a historical law penalizing  “gross indecency,” which in fact was used in order to prosecute and imprison gay men. Most recently, Banksy confirmed that he was behind graffiti of a sneezing woman on Vale Street in Totterdown in the U.K. entitled Aachoo!!.

Another recent episode concerning Banksy took place towards the end of February, when his artwork of a hula-hooping girl was removed from the side of a wall in Nottingham, England and sold for a “six-figure sum” to the gallerist John Brandler. If, as collectors of Banksy’s work have already proven, his work can be removed from the walls it appears on quite easily, it may only be a matter of time before the Reading Prison artwork is carved out and carried away. This could be especially likely given that Reading Prison has been derelict since 2013, and was put up for sale by the government in 2019.

Ultimately, the rush of anticipating a Bansky authorship confirmation is almost as exciting as looking at the artwork in and of itself. 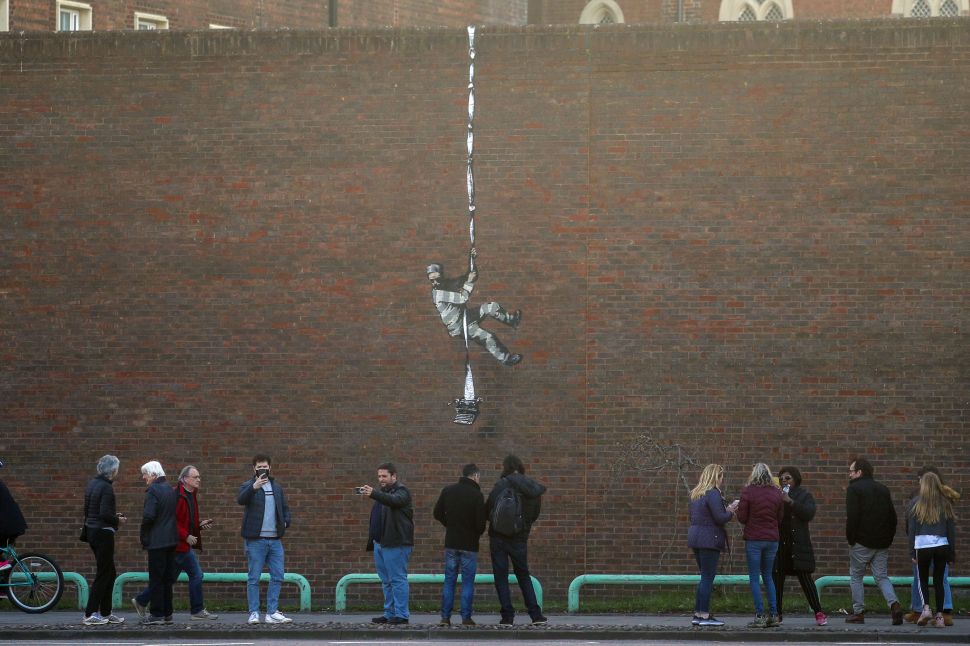