What is it exactly about Jean-Michel Basquiat‘s artwork that inspires such a passionately devoted response? Is it the supercharged emotional content of his output, which often addresses systemic racism and identity, or is it the visuals themselves, which overflow with an inventiveness that make them look brand new to this day? Whatever the case may be, whenever a Basquiat work appears at auction, huge financial dividends are all but guaranteed. In May, Sotheby’s will hold a sale for Versus Medici, the artist’s astonishingly prescient 1982 painting that casts Basquiat himself as the would-be king of the artistic canon. The projected sale price? Anywhere between $35,000,000 and $50,000,000.

If this sounds high to the uninitiated, don’t forget that Sotheby’s sold Basquiat’s Untitled in 2018 for $110.5 million, and that another Basquiat of an untitled head sold more recently for upwards of $15 million. Versus Medici has been kept in the private collection of collector Stephane Janssen since 1990, making it all the more exciting for fans of Basquiat.

“Not only does the painting stand among the most powerful within his oeuvre, but it is also a radical repositioning of art history, epitomizing Basquiat’s enduring legacy as a true master and icon that firmly places him within the lineage of the Renaissance masters he confronts in this work,” Grégoire Billault, Sotheby’s Head of the Contemporary Art, said in a statement. “In Versus Medici, Basquiat’s melds the political and art historical as he consciously stages a reckoning with the Westernized ideal of visual culture, and was intent on mastering and commandeering the accepted ‘rules’ of art history in order to break them—as all great artists do.”

The painting’s visual language directly confronts the Italian Renaissance, and thus references drawings by Leonardo and the triptych format. The composition of Versus Medici also references religious imagery, almost as though Basquiat is casting himself as both conquerer of generations of artistic genius and as a martyr simultaneously. This painting also functions particularly as Basquiat’s forceful announcement of his own genius in a very whitewashed art world. 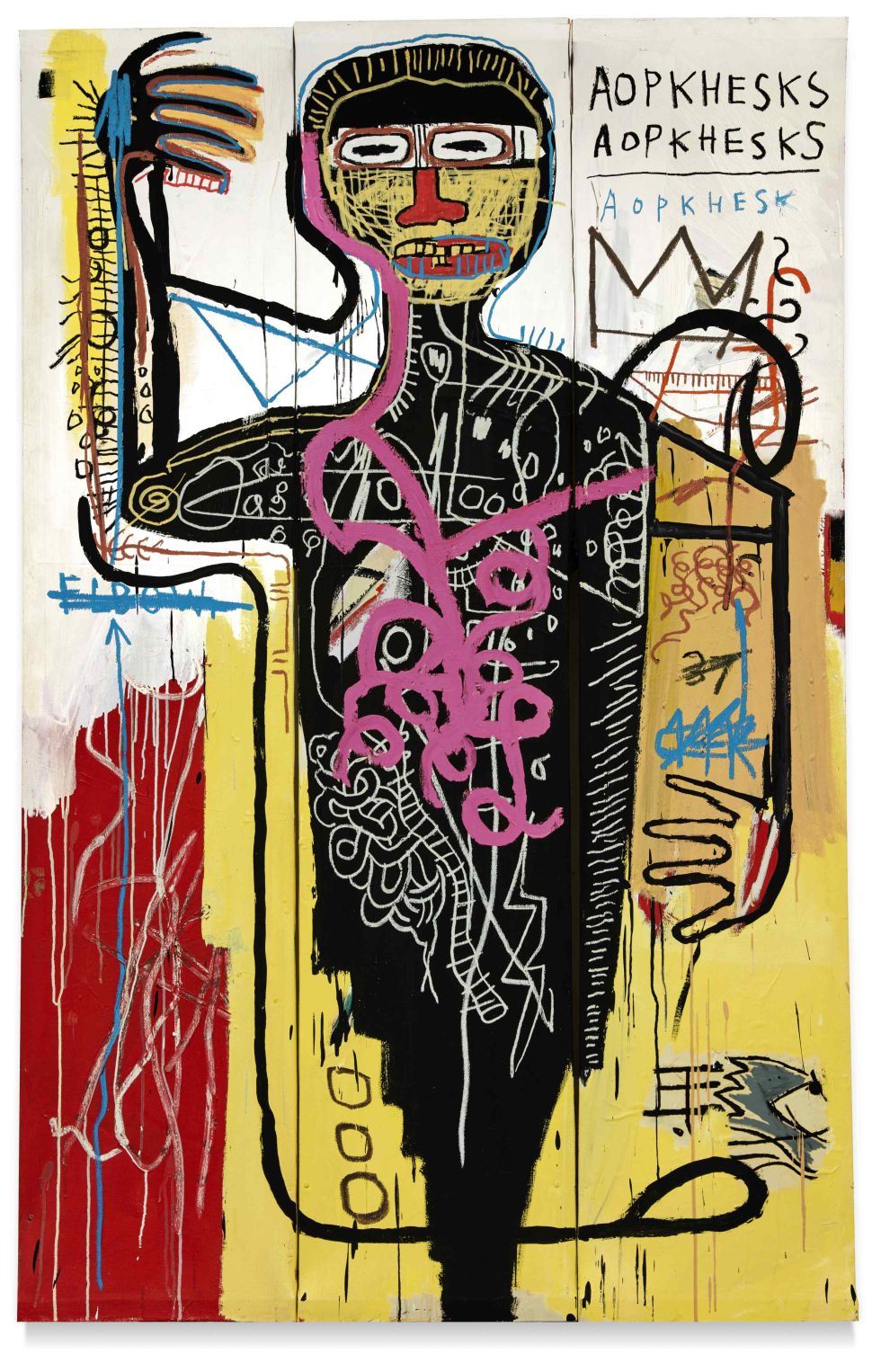