It’s been less than two years since Bella Hadid quietly purchased a two-bedroom, two-bathroom Soho penthouse for $6.1 million, but she’s already prepared to strut away from the home. The 24-year-old model just listed the stylish 2,180-square-foot New York condo for sale, with a nearly $6.5 million price tag attached.

The loft, which is located in a part-time doorman building on Greene Street, was renovated shortly before Bella moved in, so it doesn’t look like she completed any major renovations during her rather brief ownership, as noted by Variety, which first reported the listing.

The open entertaining area is composed of a living room with a built-in wall unit and plenty of shelving, as well as a separate dining space that’s adjacent to a glass-enclosed 100-bottle temperature-controlled wine room, complete with backlighting for the perfect vino Instagram shot.

The kitchen is fitted with a waterfall island and gold-accented bar stools, as well as black marble countertops and backsplash, custom cabinets and über fancy appliances.

The owner’s suite features a massive walk-through closet with a custom glass shoe display and clothing racks, because this is a true model apartment. The bathroom is equipped with a floating vanity with double sinks, bronze accent fixtures and a subway tile walk-in rain shower.

The second bedroom also has custom closet space, which happens to be doorless because perhaps these are sartorial items that deserve to be on display.

A steel-framed floating staircase leads upstairs to the 779-square-foot private landscaped rooftop terrace, which is decked out with wood fencing, wall sconces, planters and an integrated speaker system. It’s sure to be a highlight for buyers, considering how covetable private outdoor space is in New York right now.

It’s not clear why Bella, who spent much of quarantine at her family’s Pennsylvania farm with her mother, Yolanda Hadid, and sister, Gigi Hadid, is selling the apartment after just a year and half of ownership, but perhaps she’s just ready for a change. Gigi, who recently welcomed her first child with Zayn Malik, actually owns a sprawling residence in a Noho building right nearby, and it seems she’s holding onto our New York home.

Hopefully, Bella has better luck parting with her Greene Street penthouse than Zayn did; the former One Direction-er previously owned a unit in this very same Soho building that Bella is now trying to vacate, which he ended up selling at a major loss. 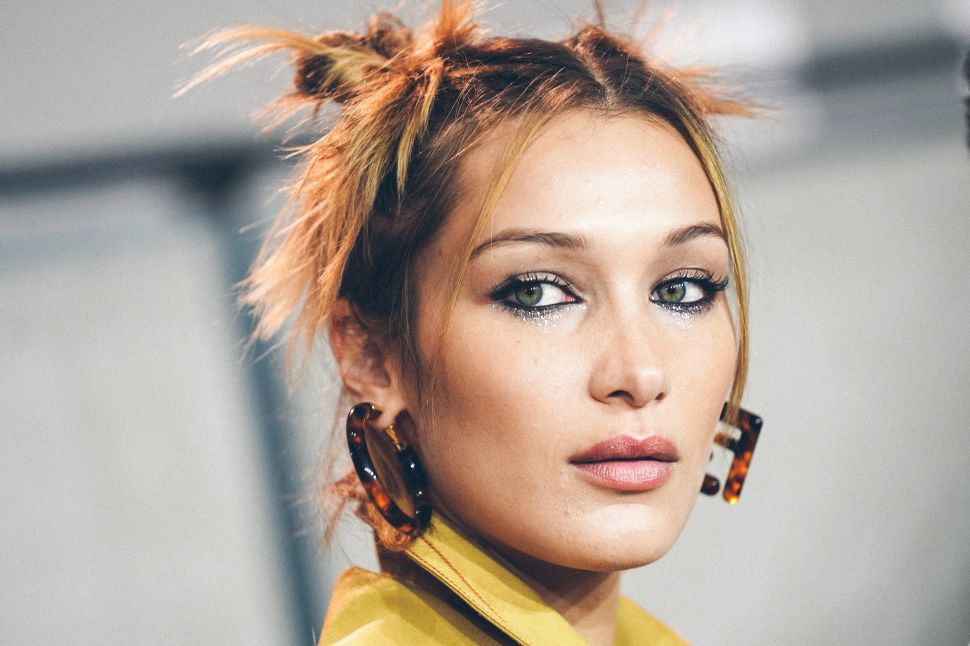