“I’m going to fuck you up,” Bob Odenkirk’s khaki-wearing, suburban dad Hutch Mansell tells a group of thugs in his upcoming film Nobody, which hits theaters Friday. Naturally, his cocksure declaration is met by immediate laughter. The deep-bellied hearty kind. This group of drunken tough guys aren’t miffed by a soon-to-be AARP-eligible stranger. But as the oldest of adages goes, don’t judge a book by its cover, lest you leave bloodied and bruised beyond recognition.

Nobody revolves around an underestimated and overlooked dad and husband, taking life’s indignities on the chin and never pushing back. But beneath that seemingly soft spoken exterior lies a long-simmering rage stoked by elite training that makes him the most lethal parent on the school board. Just as Hutch emerges as the most unlikeliest of badasses, so too does the 58-year-old Odenkirk, who has never been front and center in his own action movie before.

Long known as the cult comedian from Mr. Show, Odenkirk’s on-screen career has taken off over the last decade thanks to his role as Jimmy McGill/Saul Goodman in Breaking Bad and Better Call Saul. With four decades of Hollywood experience, Odenkirk has taking a circuitous route to stardom. Speaking with Observer, he looked back on his unique career journey, what the future holds for the final season of Better Call Saul, and why the Dad Bod is still his ideal target.

Observer: When you were hopping around from College of DuPage to Marquette University then Southern Illinois and you were hosting the midnight-to-4am radio show on WIDB, did you ever think that one day you’d be leading your own action movie?
Bob Odenkirk: Brandon! Three years ago I wasn’t sure I was going to be a lead in my own action movie. You know when I was training I thought it was ludicrous. You know how hard it is to get a movie made. It is very very hard and years and years go into it and most of them fall apart for one reason or another. So listen, I actually thought I’d get laughed at when I proposed it. I really did, and I was surprised when my manager Marc Provissiero, who was the first person I called to say, “My brother in law sent me a screengrab of a Better Call Saul ad in Southern China. I know it plays in Italy and Russia. They know me there as this earnest, striving character. What do you think, if I was willing to train, do you think I could do an action genre picture?” And Marc said, “I think you’re onto something.” And I was very surprised, I asked my wife, she’s also my manager, they’re business partners. And she didn’t laugh but she did scowl. She does not love action movies so it took a long time to win her over. I think maybe only in the last week is she starting to think it was a good idea.

To build off that, you’ve been successfully working in the entertainment industry in one form or another since the late 1980s. Yet your on-screen career has blown up to a new level over the last decade and, again, you’re now leading your own action movie. Is it strange to receive this level of acclaim and this type of success at this deep stage of your career?
It is. I try not to think about it too much. But I do think, Brandon, that I’m very lucky that this attention and appreciation I’ve been gifted with the last few years by the audiences and critics is, I’m very lucky to have gotten it and even more lucky to have gotten it later in life, because you just can sense how hard it is probably for a younger person to manage that, the way it makes you feel. It’s very nice to get attention and have people interested in what you’ve done. It’s really nice. And yet you have to keep it in perspective and it’s easier to do if you’re older and you’ve been through it and of course I’ve seen a lot of my friends from when I was young get very famous and do big things so I have a fair amount of perspective on it from that.

Nobody is distributed by Universal, but produced by David Leitch and written by Derek Kolstad, two of the architects of the John Wick franchise, which is distributed by Lionsgate. As we’ve seen with Marvel and Sony, rival studios can work together. Would you ever like to see a crossover between these two characters given some of their similarities, though they are very different movies with different things on their minds
I agree with you on everything you just said. There are similarities, there’s similarities in tone, there’s similarities in the way the world blows up into a mythic realm. That’s Derek Kolstad, the writer, same writer, and that’s why. And yet there are differences. My character, the first thing he does in a fight is he hits his head on a piece of the bus and I don’t think John Wick would ever hit his head on anything unless he intended to. I would love to do anything with Keanu because he’s a very nice guy. And he trains and works hard and earnestly to do his part. I mean he takes his job seriously and he’s a nice guy. I’ve gotten to meet him just to say hello and chat a little bit because I worked at the same gym that he preps all the John Wicks at.

I take great exception to the buffness…. I still have a dad bod, right?

Just two leading men getting buff for their action movies, no big deal.
Now hold on, I take great exception to the buffness.

You’re looking good in this movie, though.
Well, thank you, Brandon, but I think I still have a dad bod, right?

I would say you’re looking svelte and you look like you can kill all these people that you go on to kill in the movie.
I’m in the best shape of my life, but I’m not beefy. I don’t have like big muscles, I didn’t do the Kumail [Nanjiani] transformation because I needed to still be a dad. I needed to look like a person you could go, “maybe he’s in a little better shape than me but I could do that if I put three weeks into it.”

Well then I think you hit the middle ground between dangerous assassin and suburban dad. But characters are built on relatability and as your career continues to take off in all these amazing directions and audiences begin to know you by name even more, does it ever get more difficult to pull off that relatability?
I don’t know. Have you seen the movie The Father? Like who could be more famous than Anthony Hopkins and how great and relatable and real does that feel? I mean it’s just amazing. I think—I mean, I’m obviously name checking one of the great actors of our era—but I think it can be done. And I also think I’m not selling you my looks, I’m not selling you my any kind of perfect anything. So as a result, even in the course of this, whether it’s Better Call Saul or The Post was a movie I did that played everywhere that people liked, or Nobody, I’ve played real guys and I don’t have the face for being a superman. I’m always going to be a real and regular guy.

Speaking of Anthony Hopkins, he once said Bryan Cranston’s turn as Walter White was the greatest acting performance he’s ever seen. I was wondering if you have a specific memory of Breaking Bad where you realized for the first time you’re part of an iconic contribution to television.
Well, you know when I joined Breaking Bad, it was the end of the second season, and it was not a successful show yet and it was almost cancelled after that season and the first season. I definitely have to point to the San Diego Comic-Con on the premiere right before the final season premiered, obviously the snowball effect of Netflix streaming which began around year three on Breaking Bad and year four and year five and you definitely knew we were a big show that was growing, but that Comic-Con experience was like Beetles-esque. It was insane. And I went out with Aaron Paul and there’s all kinds of parties that happen in the town every night of Comic-Con and we were just moving from one party to the next and as you walk through the streets people are yelling, people are running over you and you have to move fast. It was a thrilling, exciting thing that made me go “Holy shit, we made something that worked.”

Now you’ve followed it up with Better Call Saul. I’m curious how this final upcoming season made you feel when you read the scripts and what you hope fans take away from it.
Well, we’ve just started shooting season 6, I’ve read four episodes now. And let me just say the shit hits the fan. It really makes me happy, it’s going to make you happy, and I think it’s actually going to attract a lot of people to the show because our show has been a slow burn. And I think maybe a little slow for some people but when they find out that it actually explodes and keeps exploding at the end, they’re going to join us I think.

I don’t know how it could be more explosive than the Lalo-Nacho compound raid from last season.
Yeah, it is. It is. It’s amazing.

What is the line drunken fans shout at you most frequently?
Well they usually shout “Sal” not even “Saul.” “Better Call Sal.”

Can you tell if a fan is going to be a Mr. Show fan versus a Better Call Saul fan when you see them coming up to you?
I’m pretty good at it. I’ve gotten less good at it because this audience has, you know all these projects are more viewable by more people. Mr. Show was such a tight, cult group that I could be in a grocery store or somewhere and I could go “That person knows Mr. Show, and that person,” and I’d be right. Like you just could tell from their tattoos, which often said Mr. Show on them. 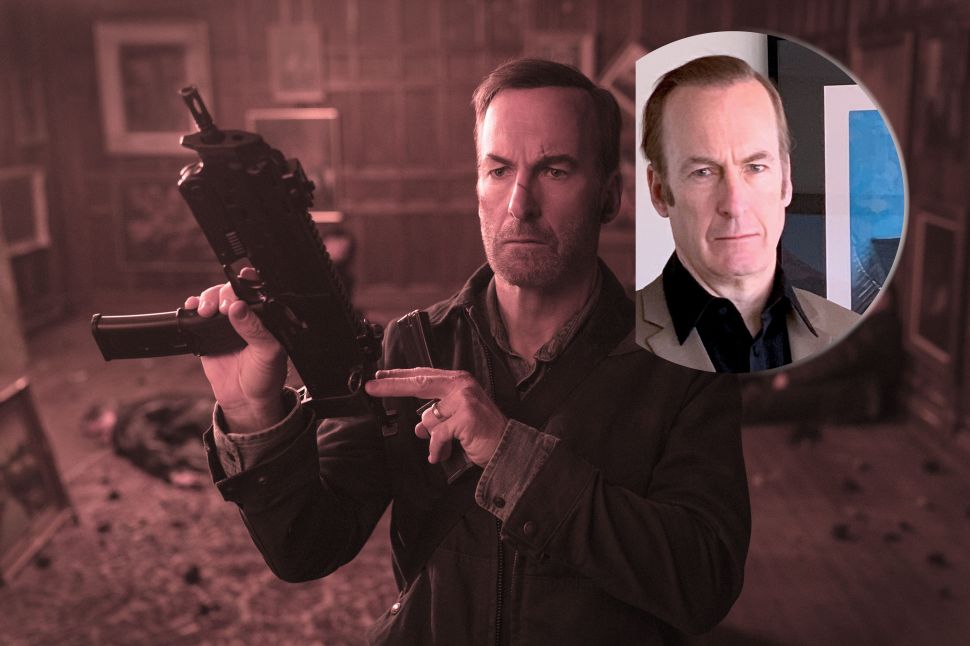