Movie theaters will never go extinct. That’s an aggressively lukewarm take for anyone who has been paying attention to the film industry over the last year. But given the disruption and innovation that has resulted from the pandemic, and the uncertainty that has emerged, it bears repeating. Here in the United States, the ongoing phased reopening of movie theaters supports this belief.

As of this past weekend, 52% of domestic movie theaters are now open as compared to just 35% six weeks ago, per Comscore. Starting this week, Cineworld’s Regal Cinemas will begin reopening its 7,500 U.S. screens for the first time since October. Cineworld is the second-largest global movie theater chain behind AMC, which currently has 98% of its U.S. locations open. Internationally, vaccine rollout has been slower than expected but Eastern markets such as China and Japan have been booming for months.

Yet even with the gradual climb back toward accessibility, it remains to be seen when audiences will flock back to theaters in accustomed droves.

“The first quarter has been very frustrating,” Mooky Greidinger, CEO of Cineworld, recently told The Washington Post. “On the other hand, we’re now counting vaccinations instead of test results. I’m sure Europe will move forward quickly once they solve this issue. In July the theatrical business will be back there. Not at 2019 levels. But completely different from where it stands now.”

He continued: “We’re also now standing in a situation with Godzilla vs. Kong as the first release [next week] in the United States. In May I think we can be in full force in the U.S.”

Warner Bros. and Legendary’s Godzilla vs. Kong provided a pandemic-best $121.8M global opening on 56,777 screens. Yet here in America, the film will arrive concurrently on HBO Max as well as in theaters. Similarly, Disney has announced that Marvel’s Black Widow and the prequel Cruella, starring Emma Stone, will be available in both theaters and Disney+ Premier Access while Pixar’s Luca will be sent straight to Disney+ for free. It remains to be seen if theatrical moviegoing will indeed be back in “full force” by May with such available flexibility.

Zooming out, these moves are indicative of a larger trend. After opening its entire 2021 movie slate on HBO Max and in theaters, WB has reached an agreement with Greidinger’s Cineworld on a new 45-day theatrical window beginning in 2022. Last year, Universal reached agreements with AMC and Cinemark on 17-31 day theatrical windows depending on box office. Earlier this month, Paramount announced it would be using a 30-45 day window as well. It all adds up to drastically change the theatrical moviegoing status quo that has stood in place for decades.

“Our relationships with the studios go back over 90 years,” Greidinger told the outlet. “It’s a partnership. Studios need cinemas and cinemas need studios. We accept windows cannot be as long as they were in [the] past. I don’t think any studio opposes the view that theatrical exclusivity is a must, that it’s the best way to maximize income from movies.”

He added: “I think this [WB] deal is setting a tone, which is so important for the industry. I hope in the coming weeks we’re able to move forward with Paramount, Sony, Disney and, of course, with Universal.”

To that point, AMC CEO Adam Aron revealed last year that the exhibitor has offered similar deals as its pact with Universal to other studios. From the outside looking in, it’s only a matter of time until every major studio has a new window agreement in place with the major movie theater chains. 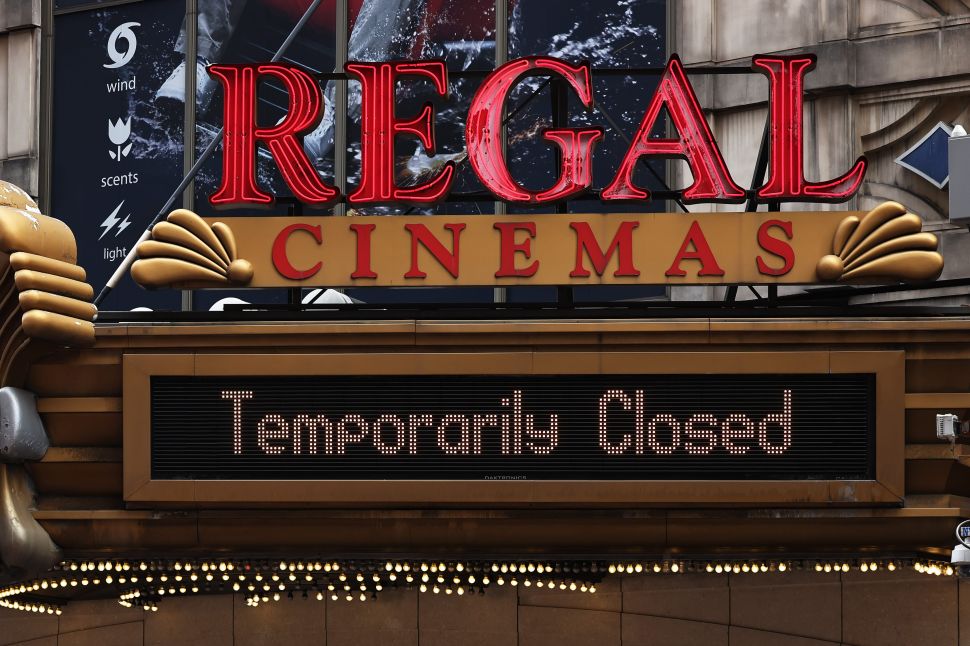